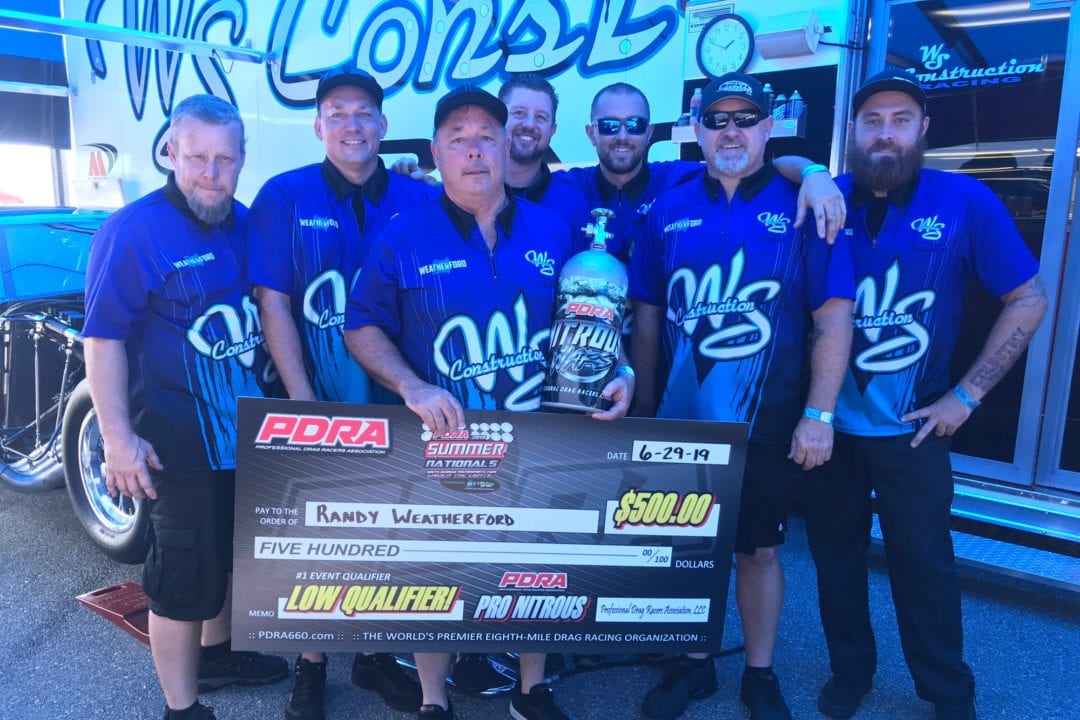 The most competitive battle in Professional Drag Racers Association (PDRA) Nitrous Wars history is heating up in Switzer Dynamics Pro Nitrous after the first four of eight races. The special competition for engine builders, where drivers earn points for their power supplier by qualifying No. 1, is currently led by Pat Musi Racing Engines, with Fulton Competition Race Engines and Buck Racing Engines tied for second.

Musi, who’s dominated the Nitrous Wars competition with three championships since the program started in 2016, has two points with No. 1 qualifying efforts by Lizzy Musi and Randy Weatherford. Gene Fulton’s Fulton Competition Race Engines has one point courtesy of points leader Jim Halsey, while Charlie Buck and Buck Racing Engines have one point with Jay Cox. Albert Racing Engines, Sonny’s Racing Engines and Reher-Morrison are also competing in Nitrous Wars.

“It’s always cool to see the difference between the engine builders,” said Tyler Crossnoe, race director, PDRA. “Pro Nitrous was really a battle of engine builders in the early days of the class and it created a lot of drama and excitement. It’s starting to become that again as Gene’s come back into play and Charlie Buck’s running better than he ever has with Jay Cox and Chris Rini and all his other customers. Then you have Pat, who’s been at the front for a while. The other guys have been chasing the target on his back, and it’s going to be exciting to see how the rest of the season plays out.”

Lizzy Musi recorded a 3.65 at 207.02 in Frank Brandao’s “King Kong 7” ’18 Dodge Dart at the Mid-Atlantic Showdown presented by Modern Racing at Virginia, while Weatherford topped the field at the Summer Nationals Ignited by Lithium Pros at South Georgia with a 3.78 at 200.08 in his WS Construction ’69 Camaro. Halsey’s Brandon Switzer-tuned ’69 Camaro ran a 3.686 at 205.60 to qualify No. 1 at the North-South Shootout presented by Line-X. Cox started the season in the No. 1 spot with a 3.648 at 206.04 in “The Pumpkin” ’69 Camaro at the East Coast Nationals presented by FuelTech at GALOT.

Pro Nitrous racers earn a Nitrous Wars point for their engine builder whenever they qualify No. 1 at each of the PDRA’s eight races. The No. 1 qualifier at each race also receives the PDRA Nitrous Wars nitrous bottle, a trophy continuously handed off to the next low qualifier as the season progresses. The trophy – and bragging rights – are ultimately awarded to the Nitrous Wars champion at the end of the season.

Visit www.pdra660.com to keep up with the PDRA Nitrous Wars as the season progresses.