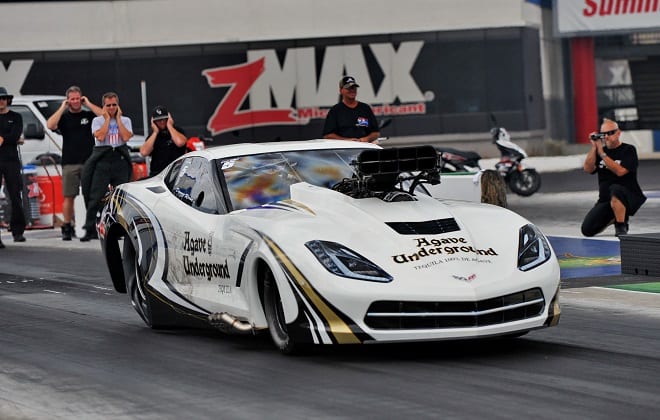 The NHRA J&A Service Pro Mod Drag Racing Series, one of the most popular classes in 2015, is well on its way to another massively successful season in 2016. Though the Pro Mod season doesn’t officially kick off until the Amalie Oil NHRA Gatornationals in March, the entry lists for all 10 Pro Mod events already have more than enough competitors to fill the 16-car fields. 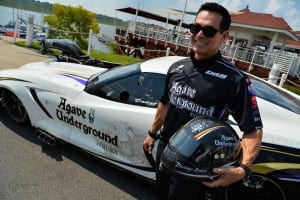 “We already have over 20 Pro Mod teams that have committed to and paid their entry fees for all 10 events. There are 20 of 28 spots already filled and we’re two months away from the start of the season. That’s a huge commitment for everybody,” stressed Danny Rowe, driver and member of the Real Pro Mod (RPM) Association.

RPM saw a similar vote of confidence at the beginning of the 2015 season. The NHRA J&A Service Pro Mod Series featured capacity fields at all 10 of their events in 2015, with a high of 33 cars attempting to qualify at the Chevrolet Performance U.S. Nationals in Indianapolis. The series crowned 10 different event champions, all split amongst the three power adders; supercharged (5), nitrous (3) and turbocharged (2).

The Real Pro Mod Association, a group of drivers, team owners and dedicated Pro Mod community members, works with NHRA officials to bring more attention to the class from fans, competitors and sponsors. Rowe and his fellow RPM members are proud to see the growing excitement around the legal Pro Mod movement.

“It just goes to show the loyalty and dedication these teams have for the program and how hard everyone has worked to make this happen. It says a lot about the quality of the people that we have involved,” Rowe added.

NHRA J&A Service Pro Mod Series fans will get their first look at the 2016 competition when the RPM drivers head to Florida’s Palm Beach International Raceway for the inaugural RPM Warm-Up, February 26-28. The preseason testing event will feature four qualifying sessions with 26 qualifiers racing for a $20,000 purse on Sunday. The first points-earning event for the NHRA J&A Service Pro Mod Series is the Amalie Oil NHRA Gatornationals, March 17-20, in Gainesville, Florida. 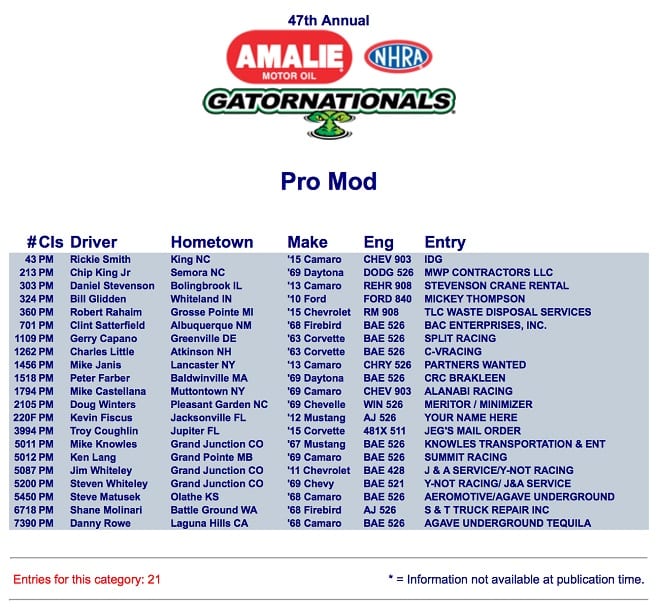 Pro Mod is currently the only class with more than one entrant for the 2016 NHRA Gatornationals.