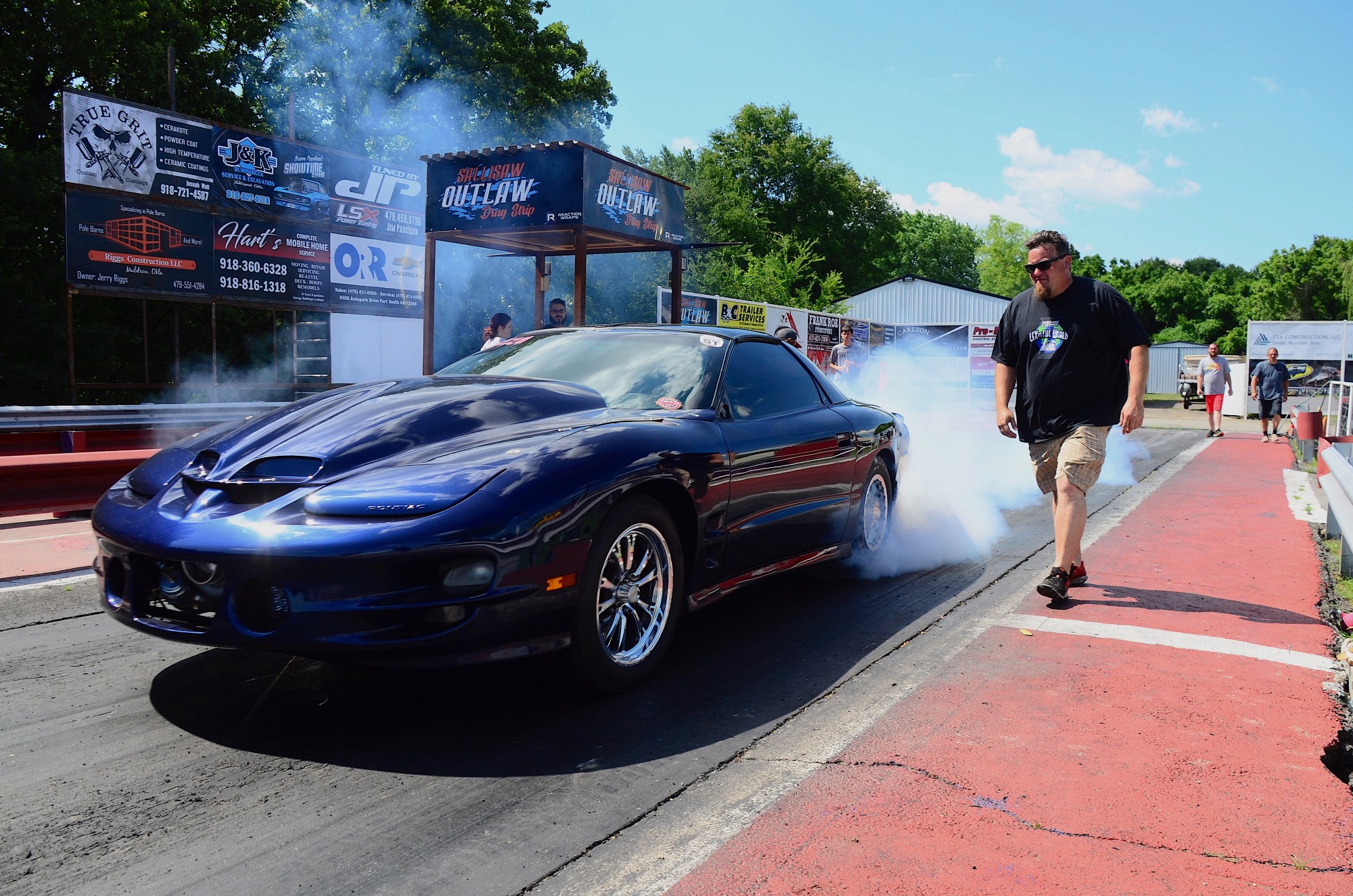 Less than a year ago, DI columnist and traveling subscription slinger Van Abernethy wrote about the Outlaw Dragstrip of Sallisaw in his popular “On the Road” column. On June 9, a post in the track’s Facebook group indicated that the track will close later this summer because the property owner doesn’t plan to renew another lease for the property acting as a dragstrip. The full post from Heidi Brown can be found below, along with Abernethy’s column from the July 2020 issue.

As most know our original five year lease on the dragstrip was shortened to three years after Ken passed. August 1st is the end date and the property owner does not wish to renew another long term lease on the property acting as a dragstrip. We are working on dates so that everyone can come enjoy one last time before it’s closure and we will post those soon.

It’s very sad that this is the end of this little place, October the infrastructure is supposed to come down leaving only the strip which will be connected to the existing road. Lots of memories were made at this little track and it doesn’t seem right for it to end this way, but it is what it is I suppose.

We, The Outlaw Drag Pack, want to thank each and every person for their support. We have made some damn fine friends, created some incredible memories and hopefully allowed others to enjoy our little slice of heaven.

Oklahoma’s Sallisaw Outlaw Drag Strip is a classic example of someone deciding to construct a dragstrip squarely in their own backyard. This never-sanctioned track with tons of folksy charm was built in the mid 1990s by local car guru Ken Brown, who for many years lived in a white frame house directly behind the water box.

In the early days of the track’s operation, locals would race to the 1,000-foot mark, although it had to be scaled back to the eighth-mile as cars swiftly became faster, and with limited stopping distance. Ken managed his backyard racetrack for a while, but after he began allowing others to take the reins, things seemed to spiral out of control, even periodically shutting down from time to time.

By the summer of 2019 the track was pretty much in shambles when Bill Brown (no relation to Ken) posted on Facebook that he was going to lease the track and invited anyone who was interested to come out and help get the place cleaned up.

Ricky Napper was one of those people who heeded the call of duty and came out to the track wearing work clothes and toting a weed-eater. After a while, Bill approached Ricky and said, “Hey, you’re not part of my regular crew…who are you exactly?” Ricky explained that he saw the Facebook post about trying to get the track up and running and came out to help. Bill was impressed and the two hit it off immediately.

Before long, Bill named Ricky moderator of the track’s Facebook page and then named him track manager shortly thereafter. “Bill is not a people person. He’s a big tough guy, being in construction and all, and he’s just not polite when he talks to people,” Ricky laughs. Meanwhile, Bill says Ricky has the ability to cuss someone out and make them smile while he’s doing it, so he realized pretty quickly that Ricky was the person for customer service situations.

There were many improvements that the track needed last year when Bill took over, including electrical problems which plagued the facility after its initial grand reopening. “You could turn on the microwave in the concession stand and it would cause the lights on the track to go out!” Ricky recalls. The plumbing was a wreck as well, but one by one, each problem was addressed.

The track surface was marginal at best with bumps that more closely resembled a motocross track than a dragstrip! Bill’s construction company came in handy with knocking down the high spots, although they never really wanted to make the track pristine. “The surface is the great equalizer…it has character and it takes some skill and experience to take a fast car down it,” Ricky smiles.

Sixty-four cars were locked in for a no-prep race last year, featuring 10.5 and small-tire entries. The crowd left that day feeling they had definitely got their money’s worth of entertainment. Shortly thereafter, along came a classic Midwest tornado that trashed the place right before another big event. Whatever adversity gets thrown at Sallisaw Outlaw Drag Strip, they seem to always find a way regroup and rebuild.

A huge personal blow also came late last year when track founder Ken Brown passed away. Yes, he was still living in the frame house on-site and seemed to really appreciate what Bill and Ricky were doing with his backyard dragstrip. “Ken was up in age, but he was always in good spirits and good health, but suddenly he just went downhill quickly and passed away,” Ricky says. “We really miss him and we’re going to make a memorial for him on the gate.”

Ken’s passion for a laid-back, no-frills dragstrip in east Oklahoma is certainly being kept alive by those who share that same vision. Meanwhile, Bill and Ricky have tried a variety of events in their short tenure to see what works, everything from big-tire, small-tire, test-n-tune, no-prep and also bracket racing, which was never prevalent at Sallisaw, but is something they wanted to build up.

“We sat down with a couple of our good bracket racers and put together a points program for 2020, but then COVID hit and pretty much derailed everything in the short term,” Ricky says. “We’re still going to have some paying bracket races this year, but the points program will have to wait.”

Regardless of what entertainment the track is serving up, Ricky says he’s constantly getting calls from around the country from someone who’s heard about the track or seen it on social media and wants to come race or just be a part of the action in some form or fashion.

Recently, when they booked in JJ Da Boss from Street Outlaws Memphis fame, 10,000 people showed up – although they don’t have near the parking to accommodate such a crowd. “People were parking down at the Dollar General store a mile and a half away and walking down Highway 59 to get here,” Ricky recalls.

Even during a global pandemic, violent storms and periods of inactivity, after Sallisaw reopened they promptly ran out of sponsor boards and had to construct a larger one just to contain the local support. “Car people are always gonna be there to help you!” Ricky insists.

And while many believed that large crowds coming to Sallisaw was a thing of the past, it seems the passion for cars and racing runs pretty deep around these parts.