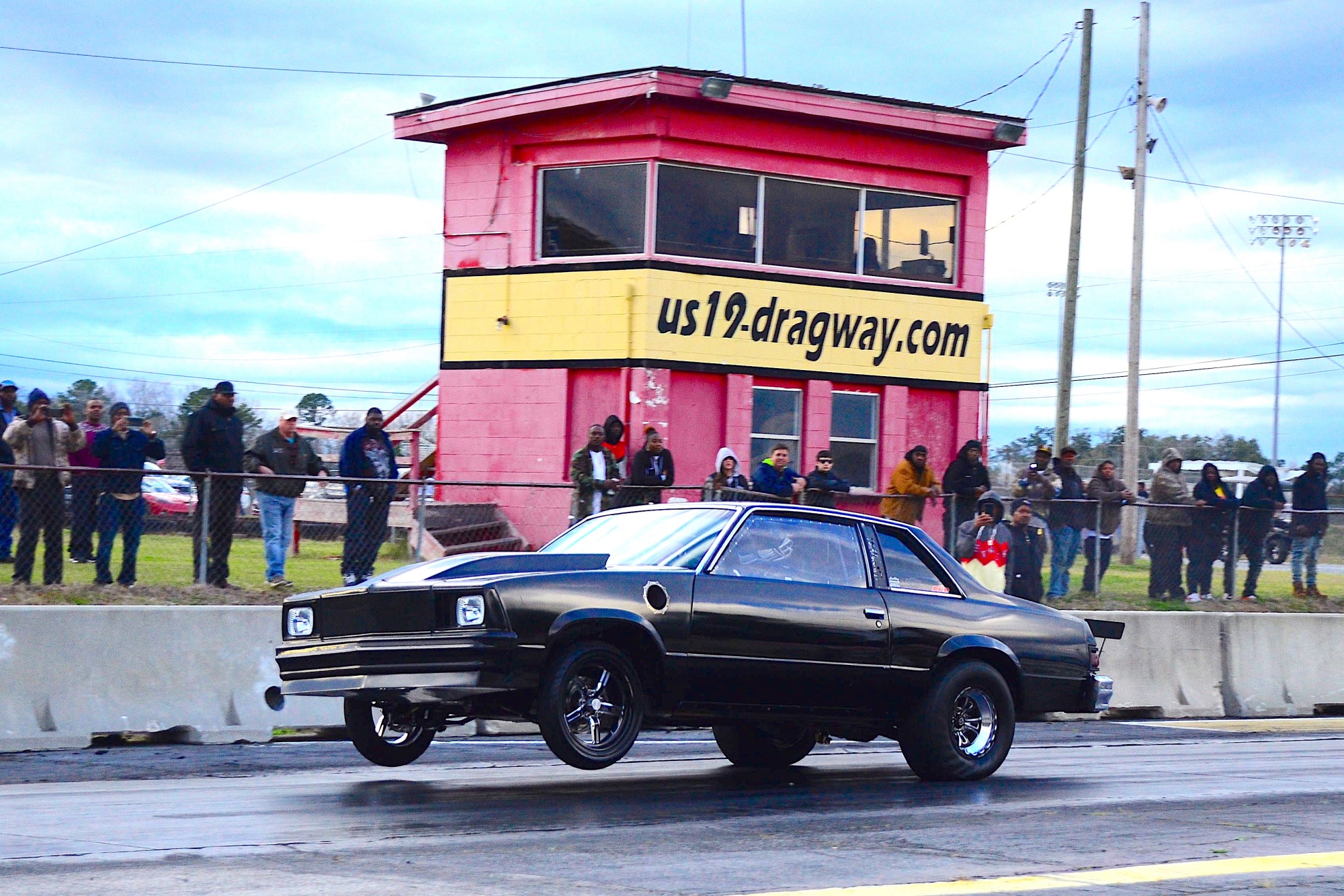 Albany, Georgia, is a small town that’s famous for several things, not the least of which is being the birthplace of famed musician Ray Charles. Perhaps a lesser known fact is that Albany is also home to over 600,000 pecan trees, easily making it the pecan capital of the United States.

A good dose of drag racing history is also attached to this southwest Georgia town positioned on the banks of the Flint River, as it’s also home to U.S. 19 Dragway, the oldest still-active drag strip within the Peach State. To be clear, what would eventually become the racing surface was already in place years earlier, only it was originally a vintage airstrip.

By the late 1950s, rumblings about transitioning the airstrip into a drag strip were being heard, and on Labor Day weekend in 1960, Albany, Georgia, held its first drag race on the former airstrip. To this day, a piece of the airstrip’s history can be experienced by walking into the drag strip’s large concessions building, which once served as an airplane hangar in the 1950s.

When I first visited U.S. 19 Dragway in the summer of 2012, Bobby Childs had just taken over as track manager. He then took an ownership role in the facility shortly thereafter. Bobby was 56 years of age when he first decided to give track managing a try after many years of being a successful race promoter and avid bracket racer.

I was eager to catch up with Bobby and hear how the last eight years had been treating him. “Drag racing will keep you young, but it will also make an old man out of you!” he declares. “Regardless, it keeps me going and gives me something to do.”

He has a silent partner with whom he co-owns the track, although his partner takes the silent part pretty serious. “I actually haven’t seen my partner in about three years!” Bobby laughs. 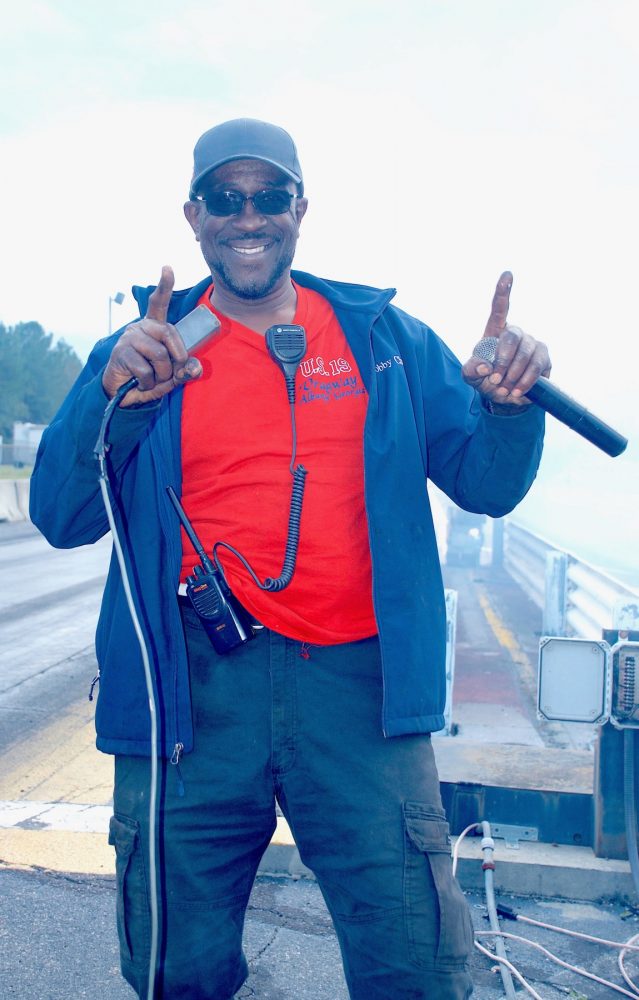 When I dropped by most recently this past February, I couldn’t help but marvel at how involved Bobby is in practically every aspect of the track. While certain classes are running, he enjoys standing on the starting line ready to activate the tree, all while also serving as the announcer via a wireless mic! Clipped to his shirt collar is a walkie-talkie, and if someone wants to buy nitrous or fuel, he might take a quick break and run to the fuel shed, after which, he’ll return to the starting line to resume announcing and flipping switches!

I was also eager to learn if Bobby still taught the adult Sunday School class at his church. “Of course!” he replies. Bobby Childs can multitask like few others.

The track can be a real challenge, too, especially when you consider that southwest Georgia has a warm climate, ideal for almost year-round racing. “We don’t have much of an offseason…maybe 4 weeks in some cases,” Childs says.

The track offers all the popular categories in bracket racing, index and small-tire/small-block classes, but Bobby really hit a home run a few years ago when he introduced a factory EFI class. “These are your Camaros, Mustangs, Challengers, Cadillacs, etc., with factory EFI on them,” Bobby says. “What’s not allowed is taking an older car and outfitting it with an EFI motor. It must come with it from the factory.”

After all the participants arrive at the track, they must then go on a 20-mile cruise, after which, they report directly to the staging lanes for the race without so much as raising the hoods. “This class is where the real excitement is!” Bobby says.

He’s also introduced popular classes called Hot Street and Daily Driver, which can have carbureted engines, but still must accomplish the 20-mile cruise. There’s plenty of test and tune, and grudge action that goes down at U.S. 19 Dragway, as this month’s column photo features the sleek Malibu of Cope Butler, who was finding some good bite on U.S. 19’s racing surface in early February. Bobby himself is even building a 2012 Camaro that he plans to outfit with a 900-plus cubic-inch motor for some grudge racing in Albany.

While Childs has found success with the newest classes he’s introduced, nothing compares to the gold he struck when he decided to allow street cars to race each other in the shutdown area of U.S 19 Dragway.

He named the shutdown area “Da Hole” and he’s packed as many as 2,500 people down there to watch street cars square off. “Racing down in ‘Da Hole’ is all heads-up, no glue on the track, no electronics, with arm drop starts,” explains Childs.

He first introduced this attraction three years ago, now holding about three or four big meets a year. It may have started as a novelty, but Childs is now investing money to repave the shutdown and expand it, so that he may accommodate larger crowds. “It’s a mad house down there!” here insists.

Even while the track thrives, Bobby contemplates retirement from his current gig as owner/operator. He already retired from his day job at UPS in 2017 after a 42-year career. “I’m 64 years old now,” he says, “and I recently became interested in riding Harley Davidson motorcycles again, which is something I did as a younger man, then took a 30-year break from it.” On a recent trip to Florida with his wife, he stumbled upon a beautiful Electra Glide, and it wound up going home with him.

These days he dreams of finishing the grudge car and seeing more of the world from his Harley. Meanwhile, the drag strip is actually for sale, although it’s not being aggressively advertised. “I’ve put the word out on social media, but that’s about it,” he says.

So, if someone wanted to be the proud new owner of the oldest drag strip in Georgia, complete with “Da Hole,” Childs says, “Let’s talk!”