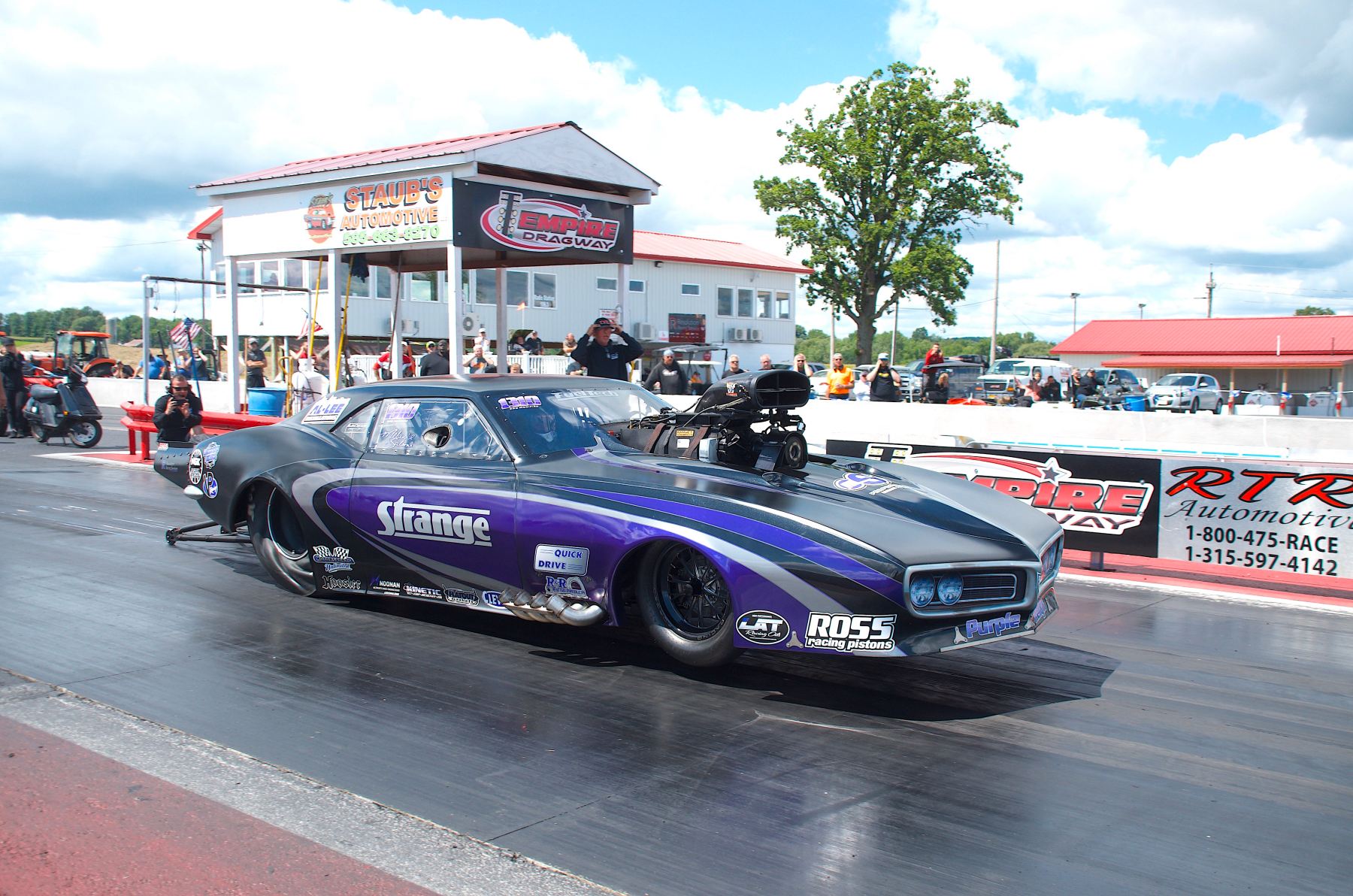 It’s always encouraging to see aging dragstrips receive dramatic improvements, where practically every square inch of the facility receives some time and attention. It’s amazing what kind of transformation comes to life just from cutting weeds and slapping some new paint everywhere, so you can imagine how dramatic $3.5 million worth of upgrades would be!

I encountered this exact situation in late July when I journeyed to the rolling hills of western New York to visit Empire Dragway. I first came to this facility in 1994 for the IHRA Empire Nationals, back when the track was still called New York International Raceway Park. There had been a 27-year gap since I last visited this track, and believe me when I say that I was blown away with the recent updates!

[Editor’s Note: This column originally appeared in DI #171, the Crew Chief Issue, in September of 2021.]

The facelift of this nearly 50-year-old track can be traced back to New Year’s Eve 2013. That’s when Jerry Scaccia and wife, Clara, signed papers to buy the track from its longtime owner, Bob Metcalf. By 2013, the track needed lots of updates in every direction, and Scaccia began with a complete remodeling of the women’s bathrooms, which were such a wreck that people standing outside could actually see inside the bathrooms! “I want this track to be a family facility. That’s why I don’t sell beer,” Scaccia says.

Next, he remodeled the kitchen and began offering several scratch-made items that have become very popular, especially the signature line of breakfast sandwiches.

After those updates were completed, Scaccia went to work on improving the racing surface by ripping up the track and pouring new concrete to the 660-foot mark. The concrete was milled and polished, while an additional quarter mile of blacktop was laid beyond the 660. Empire Dragway is exceptionally long, with a half mile of shutdown. Amazingly, it had just one turnoff, but Scaccia added another in recent years.

In 2019, Scaccia launched yet another a massive upgrade project, which included the installation of poured concrete walls the length of the track. Next came a brand-new Accutime timing system, new scoreboards, new speakers, 80 new lights in the pits and some upgraded drains.

Between Scaccia and his partner, Tommy Terry, they’ve dumped way more money into renovations than Scaccia paid for the place. When I dropped by in late July there was yet another massive earth-moving effort in full swing directly beside the staging lanes and will serve as additional pit parking to host larger events.

On the weekend I was here, the Northeast Outlaw Pro Mod series was scheduled to hold their first-ever race at this facility in the Pro Mod club’s lengthy history, which is astounding since this group got started in 1992. It would appear that a New York track would be the perfect fit for a Northeast-based doorslammer club, and in many ways, it is. Ironically, though, Empire Dragway is located approximately six hours from Long Island, where many of the Pro Mod club members reside, so getting here is quite a haul.

Regardless, 26 hot cars from the group showed up to do battle, and the Saturday crowd was phenomenal, with packed grandstands on both sides of the track. It was the largest crowd this track has seen in several years – and that’s even with the Canadian border still closed due to COVID. “We’re only an hour from Canada, so the border being closed greatly affects us,” Scaccia says.

Among the Pro Mod contingent who live the closest to this greatly-improved facility is Buffalo-area racer Melanie Salemi, whose awesome “Purple Reign” ’68 Firebird appears in this month’s column photo. Salemi and team usually have to travel great distances for a Pro Mod event, so it was a pleasant change of pace having an event so close to home.

Meanwhile, Scaccia was so pleased with the turnout, he wants the Northeast Pro Mod group back twice next year. “That’s the primary reason for the expanded pit parking project we’re currently working on: we want to bring in more events just like the one we had this weekend!” Scaccia smiles.

Empire hosted an awesome nitro show a few weeks before the Pro Mod race, featuring some nitro Funny Cars and some alky floppers. “It rained all around us, but not here, so we still had a decent show. That’s the thing that’s challenging in this part of the country: we’ve got brutal winters and rainy summers,” he says.

While being located in the rural part of New York can have its drawbacks, Scaccia points out the advantages too, primarily the fact that Empire Dragway can operate any night of the week with absolutely no curfew. “’Doc’ from Street Outlaws was passing through this area and stopped and tested here, and he referred to our track as a ‘jewel in the woods,’” Scaccia laughs. “He says, ‘I’m not trying to make fun or anything – I like it – but man, this place is out in the country!’”

Consequently, it’s a jewel that is also becoming more valuable with every high-dollar update they perform, and I’m very eager to continue watching this transformation unfold.