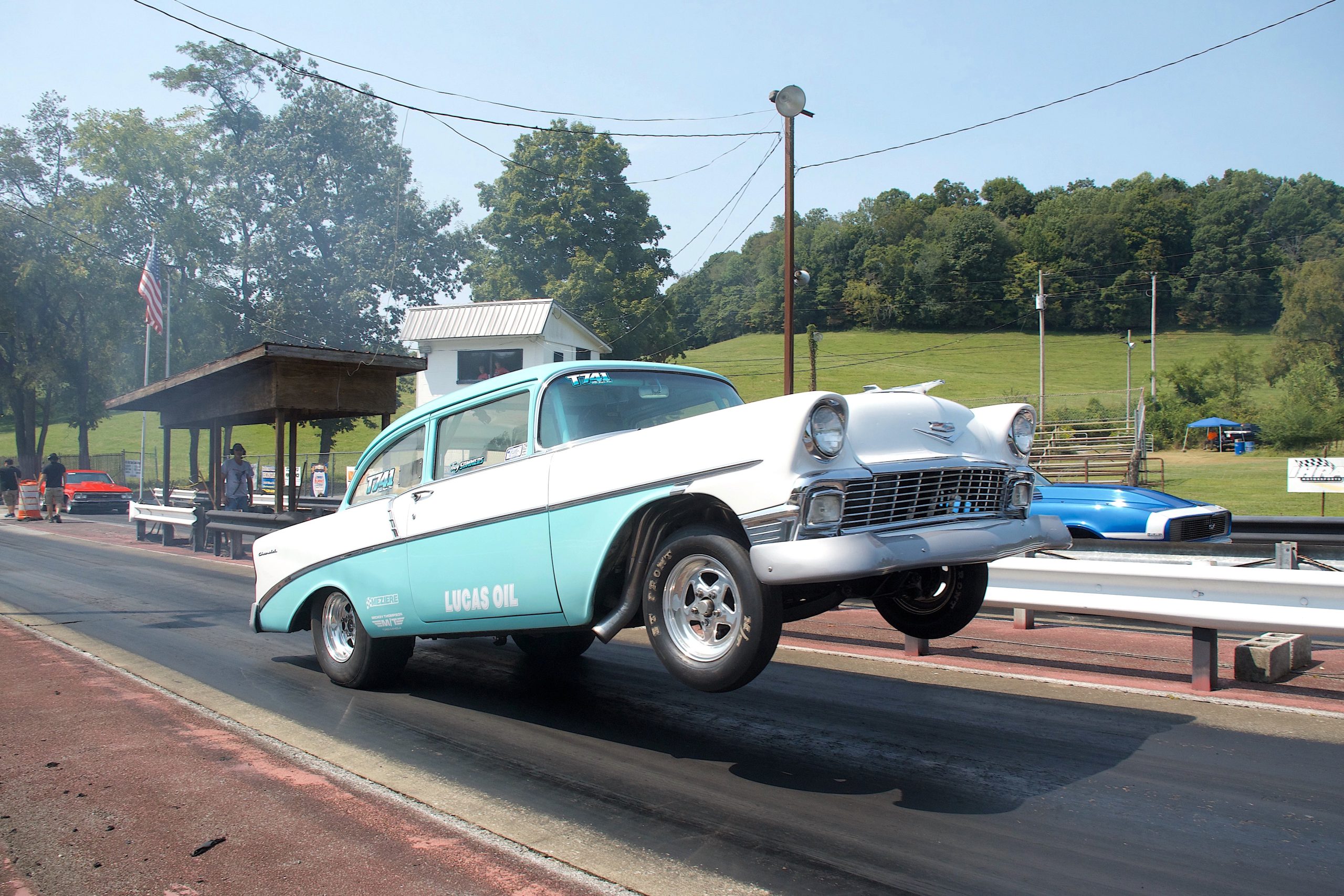 Buffalo Valley Dragway owner Gary Huddleston barely remembers the first dragstrip he ever laid eyes on when at age 9 his father loaded up the family and drove over to nearby Smithville, Tennessee, to look at a dragstrip, mainly out of curiosity. “Dad wasn’t a gearhead. He was actually a sewing machine mechanic in a shirt factory,” Huddleston says.

The Huddlestons lived on a farm positioned on several hundred acres of family land, and after seeing the dragstrip over in Smithville, Gary’s dad realized that if he took out a cornfield, he too could own a dragstrip! So, in 1965 the family farm was reconfigured to accommodate a brand-new dragstrip, originally called Middle Tennessee Dragway. “Even back then, most people referred to the track as ‘Buffalo Valley’ which is, of course, the name of the town,” says Huddleston.

After he and his wife, Teresa, took over managing the track probably 30 years ago, they officially renamed it Buffalo Valley Dragway. A wide array of drag racing celebrities have made passes down this vintage track, including “Jungle Jim” Liberman, Ronnie Sox, and more recently, “Daddy Dave” Comstock of Street Outlaws fame.

“Daddy Dave was actually the largest crowd we’ve ever had,” Huddleston recalls. “Every field was completely packed, and there’s another road that goes through the woods which leads to another field for parking, and it too was completely full!”

Back in the early days, a lot of NHRA record holders came this way, as well as many exhibition vehicles such as the Hemi Under Glass, the Cool Bus, the Army Tank Wheelstander and plenty of jets, which were always cause for concern for Huddleston. International Drag Racing Hall of Fame member Fred Sibley Sr. came here decades ago with his jet car and insisted they go to the local junkyard and retrieve a couple clunkers to be used in his show that night.

“He chained those old cars to his jet and every time he’d hit the afterburner those things would come off the ground,” Huddleston says, “and eventually burning parts flew off those junk cars and caught the field across the road on fire!” To this day, Huddleston still marvels at the fact that the whole thing was Sibley’s idea!

Even when the burning of cars is taken out of the equation, Huddleston still found himself pacing the floor every time a jet was scheduled to put on a show. “I was always afraid something would happen and the ‘chutes wouldn’t deploy and they’d wind up in another town or something. Those things scare me!” he says.

He fondly, but nervously, recalls the track record being obliterated by the “Queen of Diamonds” jet car in the early 2000s. “That little girl driving that thing wasn’t but about 4 feet tall. She clocked a 3.40 at 217 mph – scared me to death!” Afterwards, Huddleston had seen enough of jet-powered vehicles blistering down the little strip where corn used to grow.

These days, a wide array of personalities frequent this little strip in central Tennessee, and while some are newcomers to the sport, there are many racers who’ve been coming here for decades.

Davey Boyd has been racing his 1965 Plymouth Satellite here for the last 50 years. “I bought the car as a junker in 1971 and turned it into a race car,” he says. Boyd’s intent was to take the car to the dragstrip and sell it, but when he placed runner-up on the car’s debut outing, he quickly changed his mind. All these years later, Boyd and the Satellite are still making weekly laps down Buffalo Valley’s eighth mile.

Veteran racer Mickey Stephens enjoyed success in the IHRA Pro Stock scene back in the 1980s, placing fourth in the world in 1983. Stephens still enjoys the sport and frequently comes to Buffalo Valley, where he and his son campaign a great-looking 1969 Camaro.

And then there’s Amanda Hickman, who had never taken a tree in her life until she came with her husband and was hooked from the very first pass. “We moved here from Texas and I had never raced in my life. From the very beginning they were the most welcoming people here – made us feel like family from the get-go,” she smiles.

Another relative newcomer to Buffalo Valley is Trey Sommers, whose gorgeous, wheel-standing 1956 Chevy is featured in this month’s column photo. “My dad bought this car 32 years ago. It was supposed to be my high school car, but he thought we should race it a little first,” Sommers says. Needless to say, the ’56 never left the dragstrip. “My dad and I moved to Tennessee from California last year. All the tracks out there are closing, so we decided to move out here where there’s plenty of racing!” Sommers adds.

In my travels, I never grow tired of hearing the stories of what the local dragstrip means to those who come here: stories of excitement they’ve experienced, win lights they’ve celebrated and, of course, the many friendships they’ve forged along the way. Buffalo Valley Dragway is yet another classic example of how residents gather weekly, eager to experience the type of unique exhilaration that only burning rubber at their local dragstrip can provide.