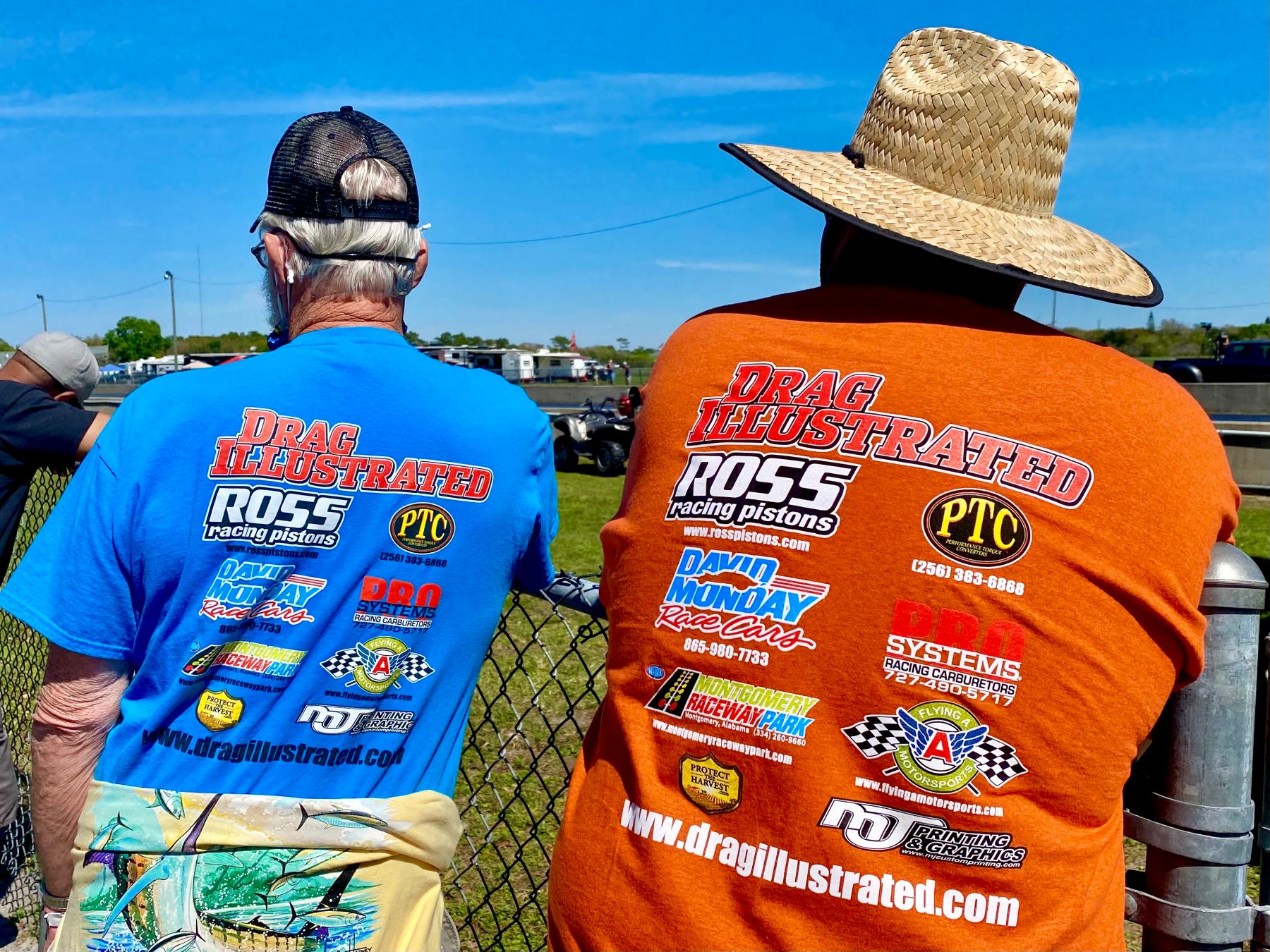 After all the confetti finally fell to earth in the winner’s circle at the conclusion of last year’s inaugural Drag Illustrated  World Doorslammer Nationals, I distinctly remember thinking that the event couldn’t possibly get any better. It was truly that epic, and as I drove away from Orlando Speed World Dragway a little over a year ago, I was still in awe after cruising through several states as I journeyed back to my native North Carolina.

The final round in Pro Stock was determined by inches, the weather was picture perfect – and speaking of pictures, my favorite image from that entire weekend was the photo of the DI staff as we joined Jeg Coughlin Jr. in the winner’s circle last year. Drag Illustrated Founder and Editorial Director Wes Buck was assembling the staff for the photo when suddenly I heard Wes shout, “Van, come get in the winner’s circle…and bring the alligator!”

You read that correctly – someone had brought an alligator to the track (its mouth safely taped shut) and we were all taking turns holding it, when suddenly it got handed off to me. So, here I go lumbering to the winner’s circle packing the reptile in my arms. I stood alongside my cohorts, smiling and cradling the 3-foot gator like a baby. The photo was published in the following issue and it instantly became one of my all-time favorite race memories.

That first WDN event was amazing for several reasons, not the least of which was because roughly two days later the wheels officially began to come off the proverbial track, the result of the growing pandemic we know as COVID-19. Without a whole lot of warning or understanding, the nation was suddenly entering lockdown mode.

In fact, had our inaugural event been scheduled just one week later, it would have likely been canceled due to government mandates and the event would have most likely suffered the same fate as last year’s NHRA Gatornationals, which promptly got shut down just days after our mega weekend in Orlando. Amazing how you can be so high on excitement, only to watch the world shutting down the following weekend!

The next few months ushered in an unprecedented level of anxious unrest, all while watching daily briefs from the White House and sheltering in place. What a bizarre year it turned out to be. While those dark days of 2020 seemed to drag on forever, before I knew it the curtain was closing on a dreadful year and brighter days were squarely in sight.

Considering all that had happened over the course of 12 months, it was pretty surreal driving through the gates of Orlando Speed World exactly one year later, ready to join my DI colleagues once more to present the second annual World Doorslammer Nationals last month. I arrived early on Thursday and parked the DI van on the midway, anxious to greet race goers throughout the weekend who wanted to sign up or renew their subscription to the printed word of all things drag racing.

For most of Thursday, though, I simply tooled around on my golf cart, watching the pits fill up with race rigs and diehard fans. Many in attendance were donning face masks, which served as a stark reminder of last year’s race, which I now categorize as the last normal weekend before the world fell apart!

Suddenly, the glorious sound of a 500-cubic-inch Pro Stock motor came roaring to life and a whiff of racing fuel began to float through the air. I slowly rolled to a stop on the golf cart and took it all in. People were congregating, smiling and nodding their heads in approval. For some, this was their first race of 2021. For others, it was the first time they had stepped foot on a dragstrip since this time last year!

Throughout the grassy and well-groomed sportsman pit area, several kids were throwing around a football, while others were diligently tossing cornhole bags. Smoke was ascending not only from the water box during qualifying, but also from various grills, as people gathered with friends, laughing and enjoying life again.

Among the most memorable scenes I’ll take with me from the most recent World Doorslammer Nationals was a father and his adult son hanging on the fence at the finish line, listening to the crack of the parachutes as the cars streaked by. I met the son here last year and I got him signed up to receive the magazine. This year, he returned and brought his father, who also subscribed. They showed up the following day, both wearing their DI shirts. I sat there on my golf cart taking in the scene for a moment before quietly snapping a picture and moving along.

The following day, qualifying had ended and racers in every category rolled to the line, thus demonstrating a phenomenal showing of their abilities before a cheering crowd that was even larger than last year’s. And with that conclusion, I once again found myself pulling out of the gates of Orlando, and yes, once more I’m convinced that it couldn’t possibly get any better.

Realistically, though, I’m already looking forward to seeing just how wrong I am 12 months from now!