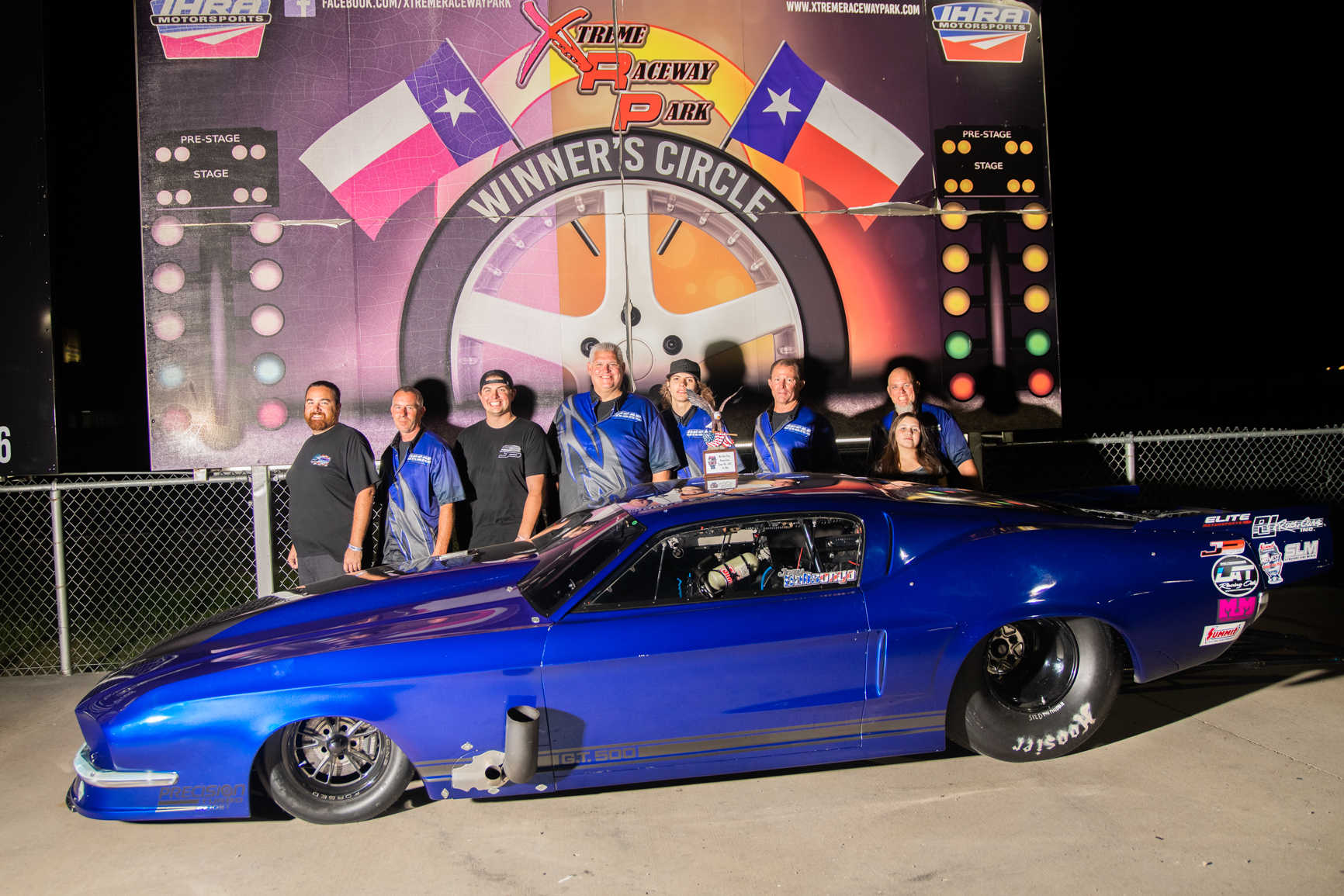 On the strength of a final round appearance, Joey Oksas clinched his first Pro Mod world championship in the Summit Racing Equipment Mid-West Drag Racing Series presented by J&A Service on Saturday.

With an impressive showing, Bellemeur also took the win in TAFC in Texas, leading an event

Oksas qualified second in Texas and then advanced to his fourth final round in the final five races, clinching the world championship after a storybook season. The young standout drove to three victories in his turbocharged Mustang, delivering a number of impressive performances en route to the championship.

“It’s just awesome and I’m almost speechless about the whole situation,” Oksas said. “I’m just on cloud nine right now. It all came together perfectly and all the hard work paid off. I never would have thought in my first full year that something like this would be possible, but we’ve got a bad hot rod and an awesome tuner in Jeff Pierce.”

Oksas showcased his talents throughout the season, winning the first three races after the series returned to action in August. That gave him a strong lead heading into Texas and he officially clinched the championship when Jim Whiteley, who qualified No. 1 with a 3.65, lost in the first round to Moyer.

Oksas nearly closed out 2021 with a victory, running a pair of 3.68s in eliminations, but Moyer grabbed the win when Oksas left too early. Still, the young rising star had nothing but great things to say about his first championship.

“It was just an awesome weekend,” Oksas said. “Jeff gave us everything the car was awesome and I did my job as a driver. I was a little early in the finals, but I’m happy with my performance and I’m already looking forward to the beginning of the year.” 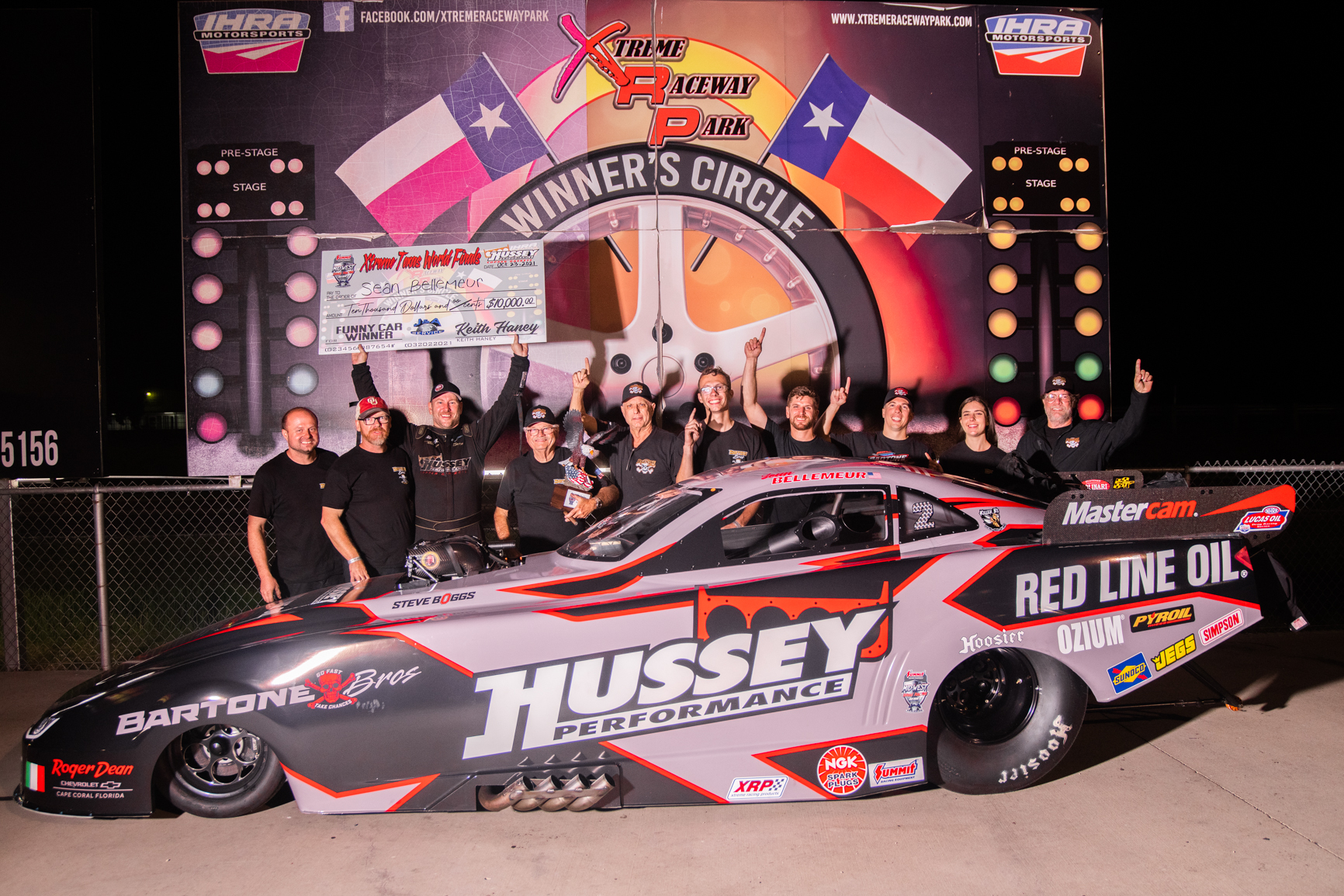 Bellemeur capped off his second straight world title in thrilling fashion, knocking off Chris Marshall in the final round. Bellemeur needed a big weekend to stay in the points lead and he delivered, qualifying second with a 3.616.

He knocked off Bill Bernard in the semifinals with a 3.625 and then cruised to the win in the final round, going 3.616 against Marshall. It gave Bellemeur two wins in the last three races to secure the second world championship over the likes of Marshall and Bernard.

Moyer enjoyed a memorable weekend in Pro Mod at Xtreme Raceway Park, but only after some major adversity to start the weekend.

A variety of troubles led to him qualifying 16th, but with a new transmission, Moyer went to work in eliminations in his ProCharger-powered Camaro, going 3.799 to beat Whiteley in the opening round. He went 3.754 at 202.98 to advance to the semifinals and then dipped into the 3.60s to advance to the final, going 3.693.

While Oksas went red, Moyer did have a stellar 3.667, giving the veteran his first career victory in the Mid-West Drag Racing Series.

“This probably ranks as one of the best wins I’ve ever had,” Moyer said. “To be able to do what we did and the people that helped us, it was just incredible. From one day having a broken torque converter and not being able to fix it, to be able to win it all, it was just awesome. We went 3.66 in the final round and it was just like a Cinderella story. It was the wildest thing, but my team, and Carl Stevens and his dad, they were just incredible.”

Brown took the Top Sportsman victory, which helped give him his second straight world championship. He went 4.461 in the final round on a dial-in of 4.45. Hamlin won in Top Dragster, going 4.489 in the finals with a 4.48 dial in. In the final round of Pro Mod Slammers, Nesloney went 3.743 to beat Ed Thornton, who left too soon.

The event capped off a tremendous 2021 season in the Mid-West Drag Racing Series, one that saw plenty of parity and the series race five times in the final two months.

“We owe it all to the racers and all the staff of the Mid-West Drag Racing Series, and all the great racetracks we went to this year,” MWDRS owner Keith Haney said. “It was pretty remarkable to have five races in two months. To see a first-time winner in Pro Mod winner this weekend and a lot of great side-by-side racing, it was great. All the classes went down to the wire and that’s all you can ask for. We had a lot of newcomers this year and we’re going to have a lot of newcomers next year, too. We’ve got a lot of great things coming in 2022.”

The Mid-West Drag Racing Series will announce its 2022 season in the coming weeks. 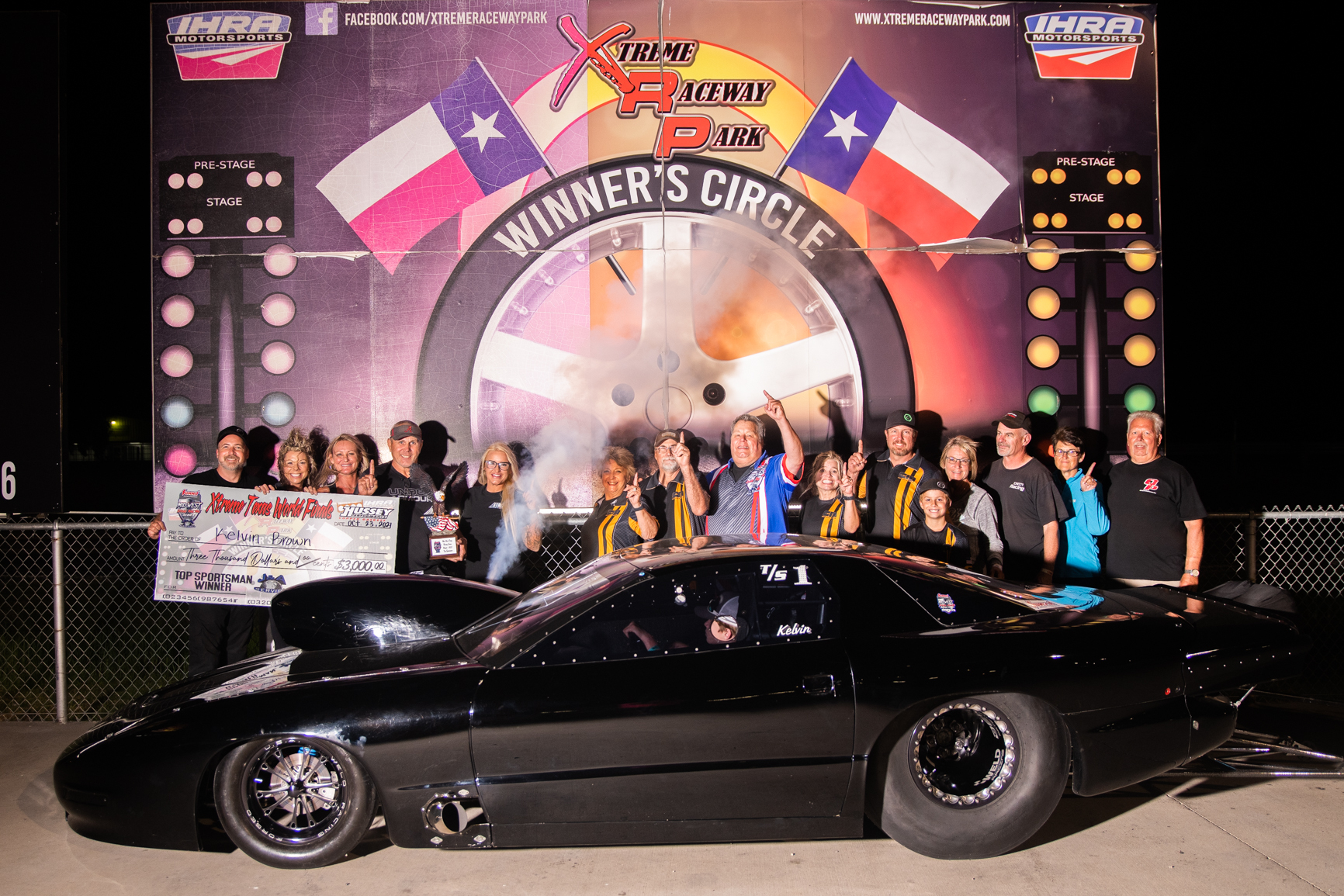