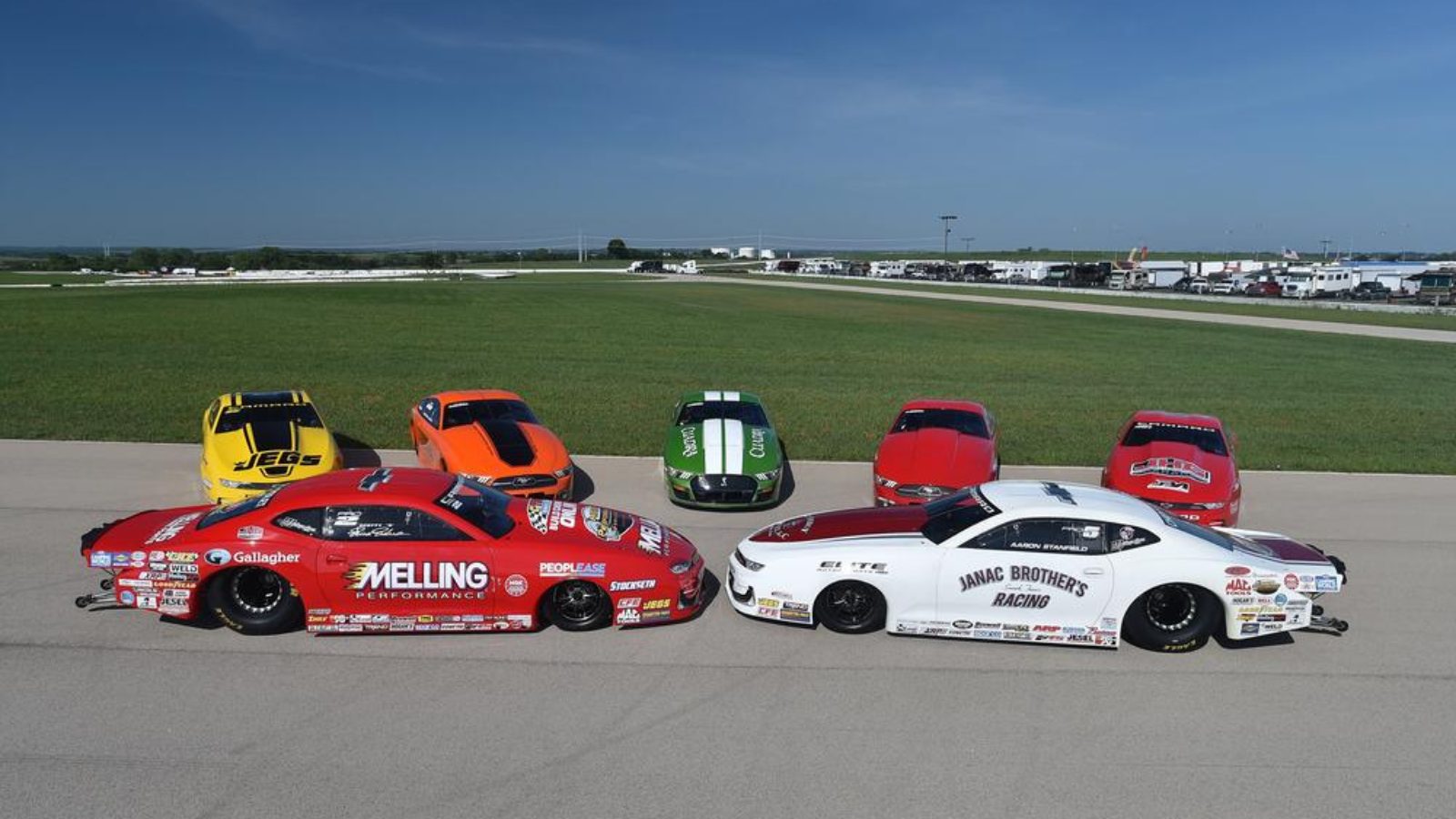 Having claimed victories at 10 of the 12 NHRA Pro Stock events contested so far this season, the Elite Motorsports Pro Stock team is fired up and ready for the most intense and iconic race of the NHRA Camping World Drag Racing Series, the Dodge Power Brokers NHRA U.S. Nationals at Lucas Oil Indianapolis Raceway Park. The Elite team knows that they are coming into Indy with a target on their collective back and they welcome the challenge.

Coming off of back-to-back Pro Stock wins in his JEGS.com/Elite Motorsports Chevrolet Camaro, Troy Coughlin Jr. is no stranger to the winners circle at the U.S. Nationals. He’s won the event twice in the sportsman ranks and wants to add a professional triumph to his list of “Big Go” achievements.

“Indy is a race we dream about winning, and winning at Indy in Pro Stock would be an absolute honor,” said Coughlin. “The guys have been working hard at the shop and on the dyno. We’re going to stick to the process and be the best we can be.”

“It’s hard to explain the meaning of Indy to someone on the outside,” said Enders. “But it is everything. It is the Super Bowl of drag racing. The U.S. Nationals is the last regular season race and it’s worth points and a half. Team Elite heads north in a great position. We are the current points leader by a hefty amount, we are the defending champions x2, with a chance to go to our fourth consecutive final and win our third U.S. Nationals in a row! We are locked and loaded and I’m more ready than ever. Game on!”

Aaron Stanfield has been busy in the shop building engines for sportsman customers as he mentally prepares for Indy. He has a long history with the U.S. Nationals and looks forward to going rounds in his Janac Brothers/JC3 Energy Chevrolet Camaro.

Bo Butner debuted a new car in Topeka, Kan. at the Menards NHRA Nationals presented by PetArmor earlier this month. The red Johnson’s Horsepowered Garage Chevrolet Camaro shows great promise and is bound to be a major contender at the “Big Go.” To win in Pro Stock at Lucas Oil Indianapolis Raceway Park would be monumental for the Indiana native.

The Cuadra Boys, Fernando Sr., Fernando Jr., and Cristian, are debuting a new look on their fleet of Ford Mustangs. The updated liveries include images of Corral Boots footwear above the company name on the hood of each car.

On Saturday,Sunday and Monday, Flo Racing will be broadcasting live from the Elite Motorsports pit.