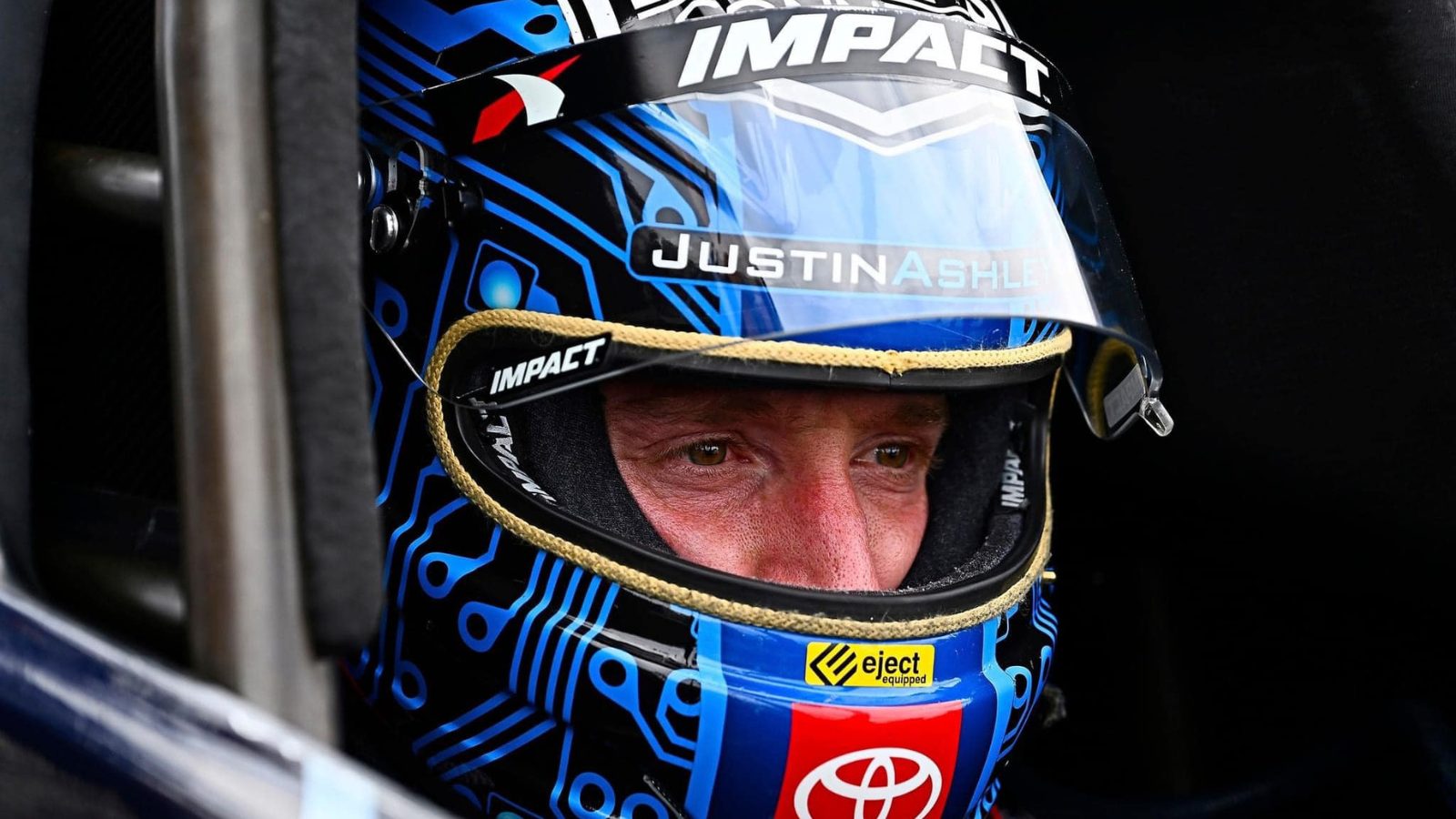 When the season started Justin Ashley, driver of the Phillips Connect Toyota Top Fuel dragster powered by Vita C Energy, said his number one goal was to have a legitimate chance to win the NHRA Top Fuel world championship at the end of the season. After 21 races the third-year driver and team owner is in a virtual tie for the points lead, separated by just seven points, heading into the Auto Club NHRA Finals at Auto Club Raceway at Pomona. The second-generation driver started the season with a win at the famed Southern California track and a bookending victory would guarantee him the championship.

“Our approach to the weekend is the same as it’s been all year,” said Ashley, who has two final round appearances at Auto Club Raceway in his last three appearances. “We’re going to focus on racing to the best of our ability each pass and let the rest take care of itself. There’ll be a lot going on around us, but it’s in the best interest of our Phillips Connect, Vita C Energy Toyota team to focus on ourselves.”

Ashley finished the regular season as the No. 3 seed and following a runner-up finish at the Pep Boys NHRA Nationals moved into the points lead in Top Fuel. Another runner-up finish the following week at the Betway Nationals in Charlotte solidified Ashley as the driver to beat for the championship. The Phillips Connect team was able to weather an early exit at the St. Louis Midwest Nationals and carry the points lead to the Stampede of Speed and Texas NHRA Fall Nationals. Ashley defended his 2021 win, racing to his third final round in four playoff races securing the victory and stretching out his points lead. Two weeks ago, at the Nevada Nationals Ashley was upset by Clay Millican and from the sidelines watched as his points lead disappeared moving him to second place with a seven-point deficit. Expanded qualifying bonus points and then 30 points per round on race day have the 2020 Rookie of the Year in a dead heat coming down the stretch run.

“We would’ve loved to have an extended points lead coming into Pomona,” said Ashley. “But with the elite level of competition in Top Fuel it’s no surprise the championship comes down to the final race. Everyone is going to take their best shot and we expect to do the same. We’re grateful to be in this position and excited about the opportunity to race for the championship.”

The season has already been an unmitigated success for Ashley who is racing in just his second full season. Through 21 national events the team has collected four wins and three additional runner-up finishes. They qualified No. 1 for the first time at the Charlotte Four-Wide Nationals and then earned their second career No. 1 at the Carolina Nationals in the Countdown. They have also raced to six semifinals and two quarterfinal appearances. The Mike Green and Tommy DeLago tuned 11,000-horsepower Top Fuel machine has been one of the quickest and most consistent Top Fuel dragsters on tour.

“I can’t say enough about this Phillips Connect team that Dustin Davis put together with crew chiefs Mike Green and Tommy DeLago,” said Ashley. “You’re only as good as the people you surround yourself with and I truly believe we’re working with the best on and off the racetrack. Our team is passionate, dedicated and loves racing. It’s exciting to be a part of this journey.”

Ashley, a New York native will also be racing for a slice of history with a championship season. No professional driver in any of the major motorsport disciplines in North America has ever hailed from New York state. NASCAR’s Geoff Bodine from Chemung, New York, came the closest with a third-place finish in 1990. Louis Meyer, of Yonkers, New York, was the 1928, 1929 and 1935 AAA National Champion, the forerunner to the IndyCar Championship.

“New York has such a great athletic history that it’s an honor to even be in the topic of conversation,” said Ashley. “We have a lot of work to do before that conversion turns into reality. But I am proud to help represent the state of New York on this quest for the title.”