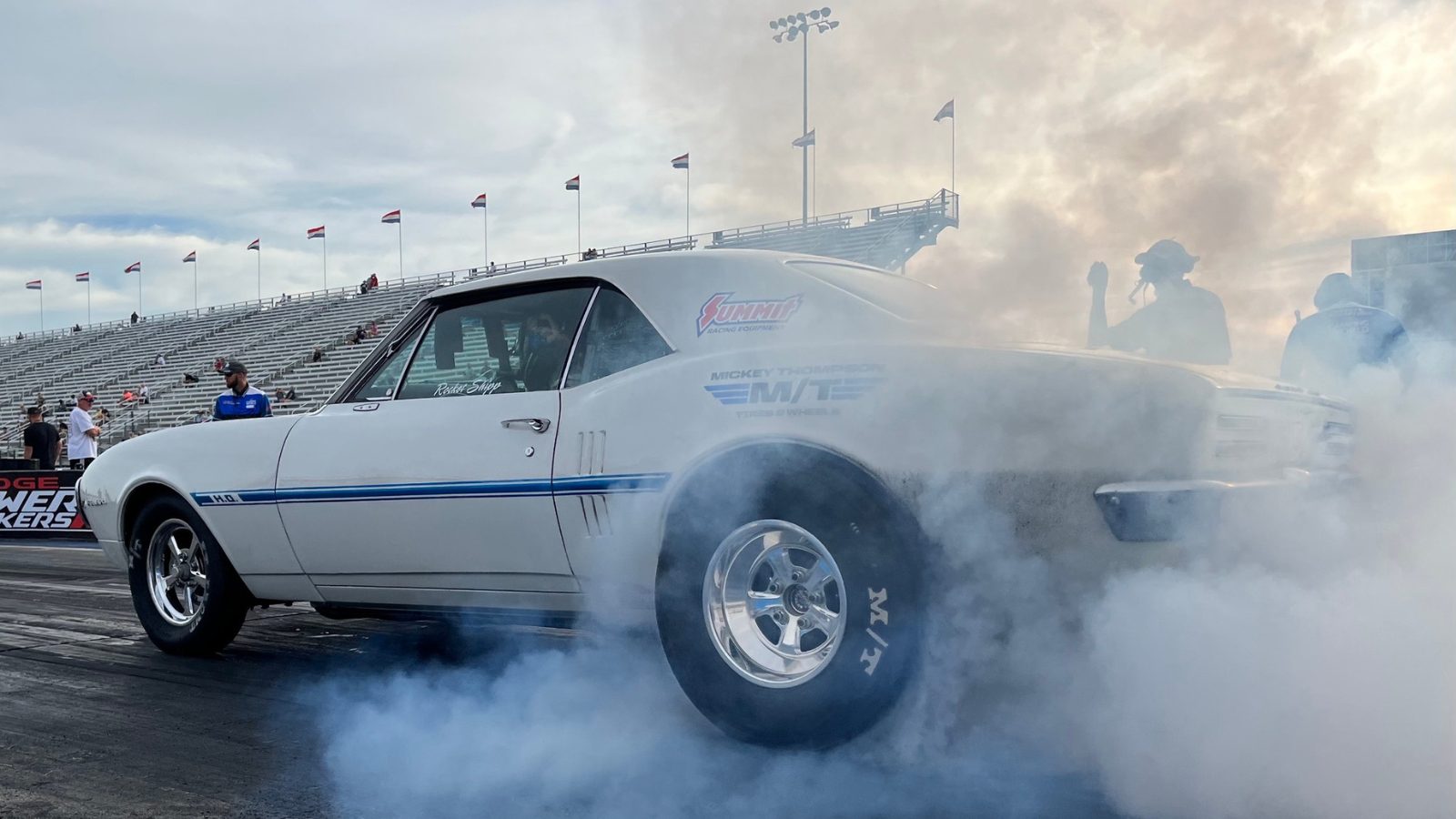 After claiming the Division 3 championship in 2021, Randi Lyn Butner (formerly Shipp) had to lean into patience during the 2022 season of the NHRA Lucas Oil Drag Racing Series and take a somewhat different approach to racing. That fortitude and a fresh perspective have injected a rush of excitement to Butner’s program heading into the new year.

Butner, a seven-time winner in the exceptionally competitive Stock Eliminator category, aimed to defend the Division 3 championship title she had worked so hard to procure in 2021, she just didn’t have the tools necessary to do it. For a good portion of the 2022 season, as the availability of parts and pieces continued to pose a challenge for engine builders, Butner didn’t have a race engine. Typically, Butner would have taken on the full national event schedule alongside Pro Stock racer and now husband Bo Butner, but her 1967 Pontiac Firebird sat idle more often than she would have liked.

The pause gave her time to rest and reflect after a unique experience the year before.

“I feel like once we got my engine back and everything was good, I drove better than I ever have,” said Clarksville, Ind., resident Butner. “I like that going into this next season. The bracket racing we did when Bo took some time off from Pro Stock definitely improved my Stock Eliminator driving, and I plan to do more of that to stay sharp.”

In all, Butner entered nine national events and five division races last season, reaching the semifinals twice and claiming a final-round finish at the NHRA FallNationals at Texas Motorplex.

Her performance in Dallas was most impressive as she had to get past two heads-up D/SA matches to earn a bye run into the final. After utilizing steady, respectable reaction times in the first two rounds, she launched on an .018-second light next to Jeff Cheney in her first heads-up match of the weekend. Cheney was .005 at the tree and clocked a 10.823-second pass that could not defeat Butner’s quicker 10.774.

The quarterfinals set up a heads-up meeting with veteran racer Brad Plourd, and the two weren’t far apart as they left the starting line – but at the final stripe it was Butner with the win on a 10.546 to her opponent’s 10.604.

From there, she took the solo in the semis ahead of a late-night final round rendezvous with John Brimer, who was gunning for his sixth national event win. Butner pocketed a small starting line advantage but took a bit too much stripe, 10.701 on her 10.74 dial, allowing Brimer to secure the victory with an 8.881 on his 8.86 target.

“That runner-up was the highlight of the year for me,” said Butner, who had never before seen the inside of a final at the esteemed Texas Motorplex. “Obviously, I would like to have won, but it was a good race. I had a couple rounds at night and did very well – over the years, I’ve tried to get better about not using the blinder as a crutch, and at night, you can’t really do that. It tests how good you really are when you race at night, so I was very happy with that.”

While Butner has fielded some intriguing suggestions for the future – trying out a stick shift in Stock Eliminator, jumping in a Comp car, possibly even trying her hand at Pro Stock – her heart is happiest when she’s making laps in her Pontiac, and she can’t wait to get the new season started.

“One of the things I like about Stock is that it’s very enjoyable to race,” said Butner. “For me, racing isn’t all about the speed – I like the competition and the camaraderie, I like the old cars and the environment that comes with it.

“I had some good end-of-season races in 2022, and I can’t be upset about any of it. I didn’t get to race for three or four months, so I’m pretty pleased with the outcome. Next year, I look forward to starting with two fresh engines and two fresh transmissions, and we’ll be able to hit it hard right at the get-go. We’ll see where it takes me.”