Bob Lang has been promoted to senior director, safety & emergency services, and will continue to direct the Safety Safari presented by AAA, NHRA’s world-renowned safety team responsible for emergency response and track preparation at NHRA Mello Yello Drag Racing Series events.  His duties will expand to the corporate level where he will be directly involved with safety initiatives. 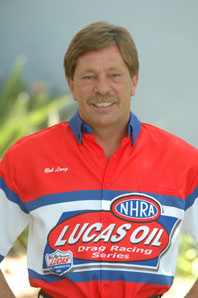 “In a sport full of dedicated and hard-working people, Bob stands out as one of the most dedicated and hard working,” said Graham Light, NHRA’s senior vice president, racing operations. “Bob’s energy, vision and leadership have taken the Safety Safari to a new level.  His broad knowledge gained at divisional and national levels will enable him to handle a range of issues at our national events and elsewhere.

“Dave is very capable and deserving to step into the role of division director,” Light added.  “The transition will be seamless since he and Bob worked together for many years, and because Dave has a deep familiarity with race operations, track operators and racers.” 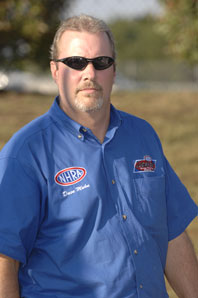 “I’ve had a wonderful career with the NHRA since my days as an event volunteer,” Lang said. “I’m fortunate to work with some incredible people who share my desire to continue NHRA’s focus on safety.”

Mohn will conduct and oversee select NHRA racing activities at the NHRA member tracks in the northeast division, providing racing and event counsel to track operators, as well as supervising development of new track activity.

Starting his career at Maple Grove Raceway as a part-time technical inspector, Mohn joined NHRA in 1995 as assistant director, technical services, in the northeast division.  He was named division services coordinator in 1997 and was promoted to his most recent position as assistant division director in 2012. Being intimately familiar with NHRA’s activities in the northeast, Mohn looks forward to his new opportunity.

“I’ve been working with this company for nearly 20 years and I’ve worked very closely with these racers in the northeast division,” Mohn said. “They are some of the most passionate racers in the country and I get up every day, looking forward to making their experience at the track even better than the last time.”