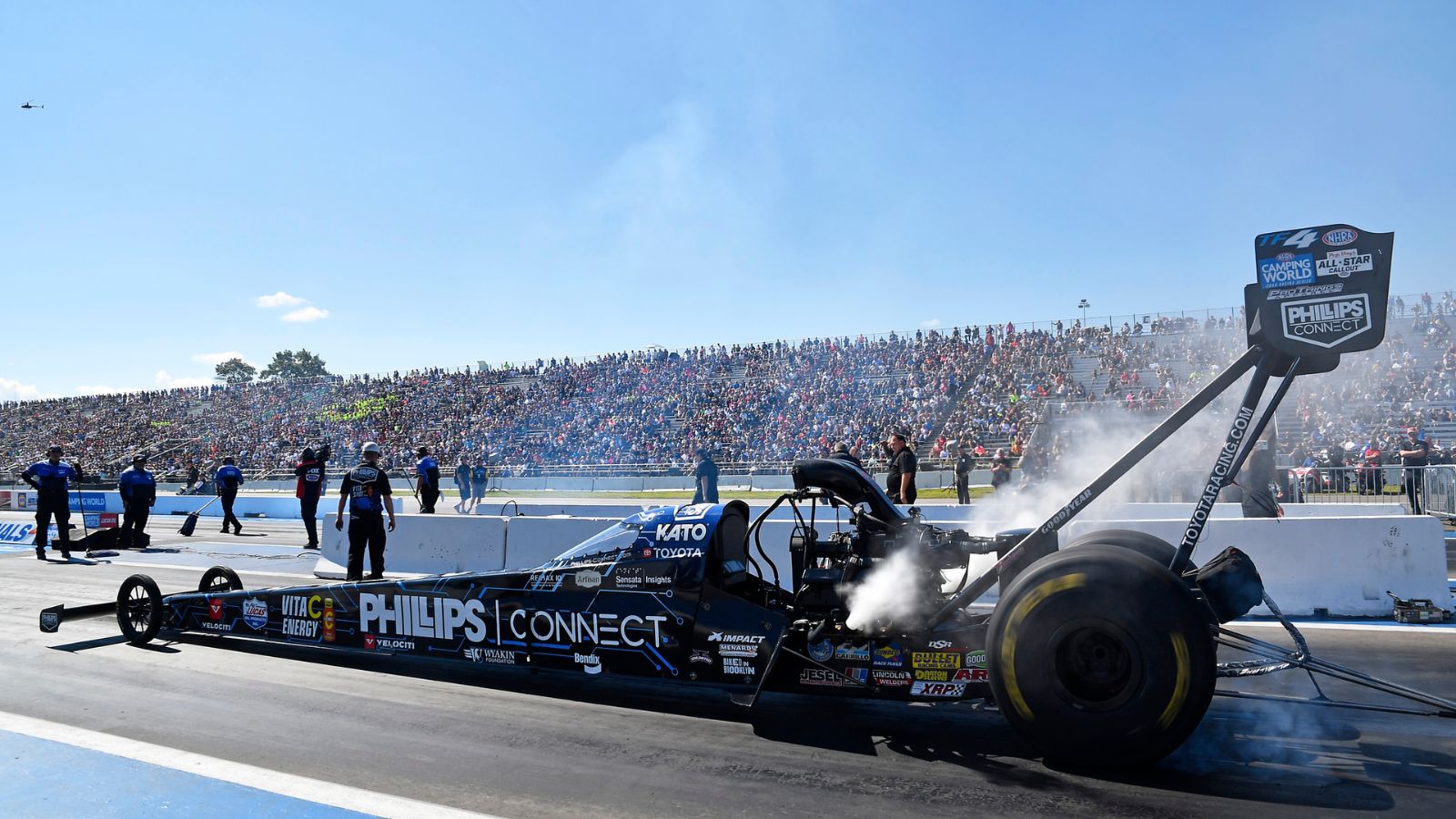 The NHRA Countdown to the Championship has already treated race fans to dominant performances, record-breaking runs, incredible surprises, and changes at the top of the standings – and that’s just through three playoff races.

The second half of the six-race postseason in the NHRA Camping World Drag Racing Series is set to begin at this weekend’s 37th annual Texas NHRA FallNationals at Texas Motorplex, kicking off a final three-race stretch that is sure to be incredible.

Following the annual stop in Dallas, the stars in Top Fuel, Funny Car, Pro Stock and Pro Stock Motorcycle head to The Strip at Las Vegas Motor Speedway for the NHRA Nevada Nationals on Oct. 27-30, with the Countdown to the Championship and the 2022 season wrapping up on Nov. 10-13 with the must-see Auto Club NHRA Finals at Auto Club Raceway at Pomona.

With four champions set to be crowned, tension and intensity will be at a fever-pitch heading into the final three races, with plenty of can’t-miss action set to take place in Dallas, Las Vegas, and Pomona across all categories. Here’s how each class stacks up at the midway point of the Countdown to the Championship.

In one of the most competitive Top Fuel seasons in recent memory, it’s no coincidence this class is as tight as ever after three playoff races. We’ve seen three different winners (Austin Prock, Antron Brown, and Steve Torrence), a world-record speed run from Brittany Force and a first-time points leader – all in the span of a month. 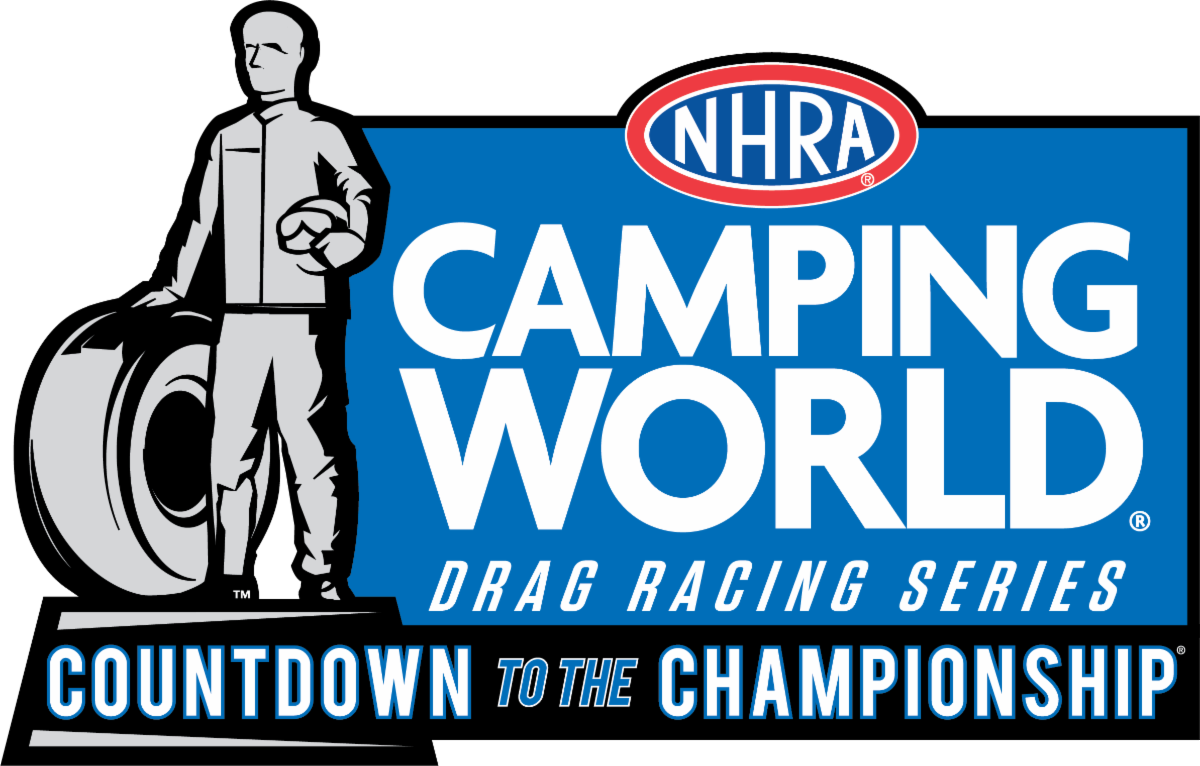 On the strength of back-to-back final rounds to open the Countdown to the Championship, Justin Ashley has been the playoff points leader throughout, jumping past Force and Mike Salinas. But Torrence, the four-time world champ, closed to within just 14 points after his victory at the most recent event in St. Louis.

But it’s hardly a two-car race in the loaded category. Force, who has four wins this season, is just 30 points back, while Salinas and Brown, who won in Charlotte, are just 35 and 43 points back, respectively. Josh Hart trails Ashley by only 64 points back thanks to his runner-up in St. Louis and Doug Kalitta is only within striking distance, trailing Ashley by 88 points in the seventh spot, showcasing just how balanced Top Fuel has been going into what should be a remarkable final three events.

Robert Hight’s bid for a fourth world championship has been impressive, as the points leader has won two of the first three playoff races. That’s pushed him to eight wins this season, a new career-best for a single year, but Hight has admitted he’ll have to win even more to claim another world title.

He stretched his lead to 46 points over Ron Capps with a final-round thriller over the defending world champ in St. Louis, but Capps, who won in Charlotte, remains very much in the thick of things with three races left.

The same can be said for Matt Hagan and John Force, who are 103 and 114 points back. A late-season hot streak and any falter by Hight could bring them right back into the mix heading to Pomona.

A dominant regular season has been extended into the postseason for Erica Enders, who is laser-focused on earning a fifth world championship.

What started as a 20-point lead to open the Countdown to the Championship has ballooned to a whopping 120 points over teammate Aaron Stanfield, while nobody else in the talented Pro Stock class is within 150 points. Enders has won two of the first three playoff races – and done in spectacular fashion, putting together a series of outstanding runs in qualifying and eliminations.

It’s given her eight wins – one off her career-best for a single season – and made her a resounding favorite heading into the final three races, where Enders has always performed well. That includes Las Vegas, where she has an NHRA-best nine wins.

The points lead has changed hands at each of the two playoff races in the two-wheeled category, setting the stage for what should be a wild final three events.

Going back to the regular season, the points lead has changed hands at the last six races in Pro Stock Motorcycle, with defending world champ Matt Smith jumping back on top with his stellar weekend in St. Louis, one that included track records and a career-best pass. But that lead stands at just 21 points over Joey Gladstone, who won in Reading and has been the points leader twice in the past six races.

Quite a battle is brewing between the veteran and the rising star, but there are others in the mix, including Angie Smith, who is 90 points back in third, as well as Eddie Krawiec, Steve Johnson, Jerry Savoie, and Angelle Sampey. Each rider is between 106-116 points behind M. Smith, but a hot final stretch could make for a wild finale in Pomona, which is a points-and-half race.

For more information about NHRA and to purchase tickets to the Texas NHRA FallNationals, the NHRA Nevada Nationals or the Auto Club NHRA Finals, visit www.nhra.com.

Points Standings after three of six races in the Countdown to the Championship: