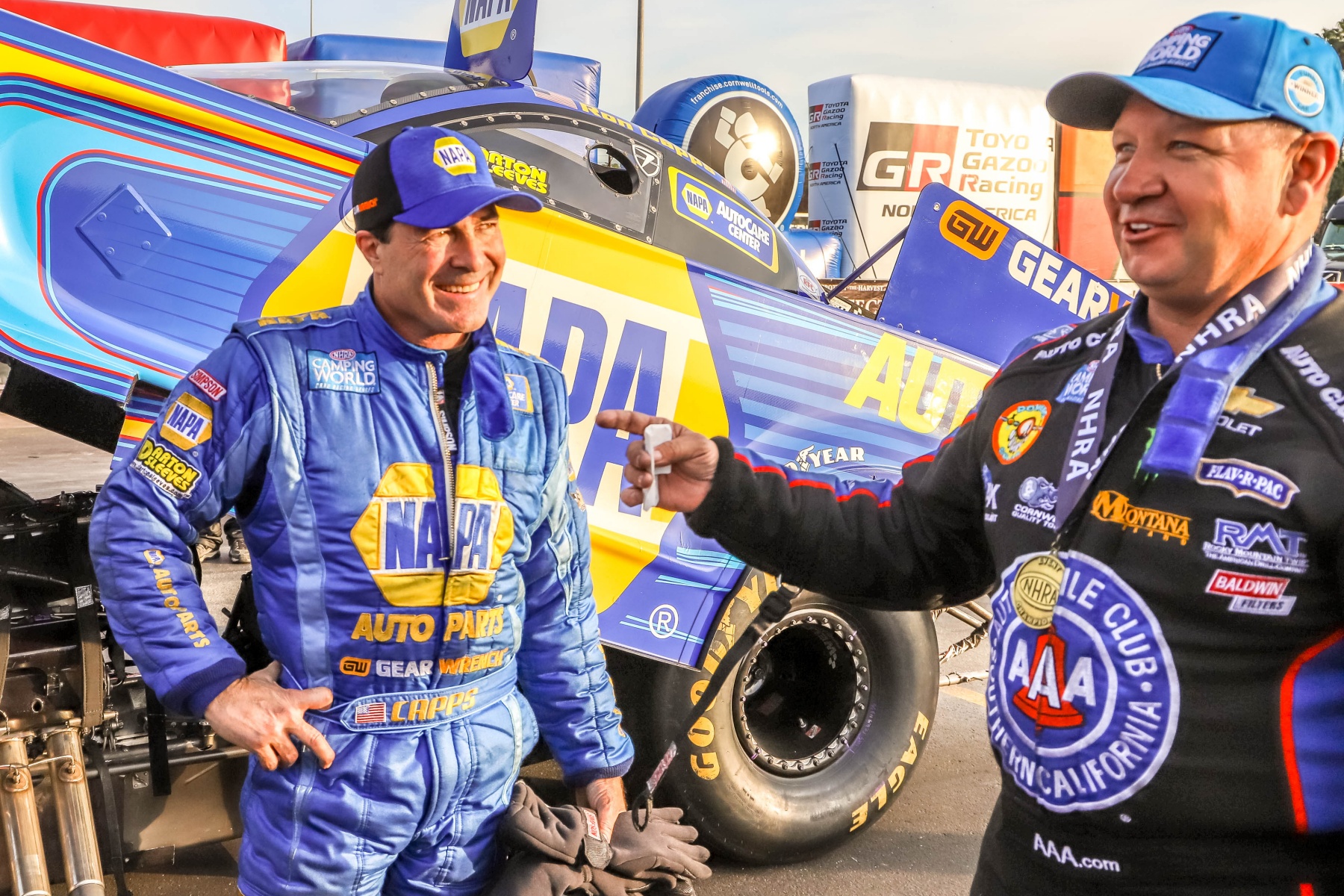 Ron Capps didn’t start the 2021 NHRA season thinking he was on the cusp of becoming a team owner for the first time. But if the last couple years have taught us anything, plans often change.

This time, though, this change has been universally regarded as a positive for not only the health and future of NHRA nitro racing, but also for Capps, who has seen nothing but great things since branching out on his own. Sure, there’s been countless challenges and sleepless nights, but all signs point toward a great move for the now two-time Funny Car champion.

Capps has been an open book throughout the process, willing to discuss all the steps he’s taken to make this possible, but there’s been one aspect that has been a consistent point from him – not much, especially on the track, has changed.

“Honestly, I’m doing the same thing. It doesn’t feel any different. I haven’t changed anything I’m doing. In my mind, [crew chiefs] Guido [Dean Antonelli] and John Medlen run the show,” Capps says. “They did last year, too. I’ve always felt that way about my crew chiefs and it’s neat to know you own it. At the end of the day, I love the fact that there is so much normalcy, so much life going on in our pit area and I think that’s going to be good for the rest of the year.”

A major change is coming in the form of his car manufacturer and sponsor [Update: the new manufacturer is Toyota], but the key points for Capps have remained from his championship-winning 2021 campaign.

Medlen and Antonelli – and the bulk of the team – have returned, long-time sponsor NAPA Auto Parts and others are still along for the ride and that’s made the process much smoother than he could have imagined.

Sure, he’s appreciated the late-night calls from the likes of John Force and Antron Brown, who branched out on his own as well for the 2022 season and was a strong voice of reason for Capps, but that it’s all come together as well as it has thus far has only reaffirmed Capps’ decision.

He informed Don Schumacher of his move at the U.S. Nationals last year, and it was one that came to him quickly. That made the biggest adjustment getting a lot done in a short amount of time, leaving virtually no offseason for Capps. He’s had to take a different look at things off the track, joking he now he has to worry about things like payroll, taxes and insurance. As any team owner would suggest, there will be tough times – like the engine explosion he suffered in Phoenix – and second-guessing, but Capps is confident those will be fleeting. 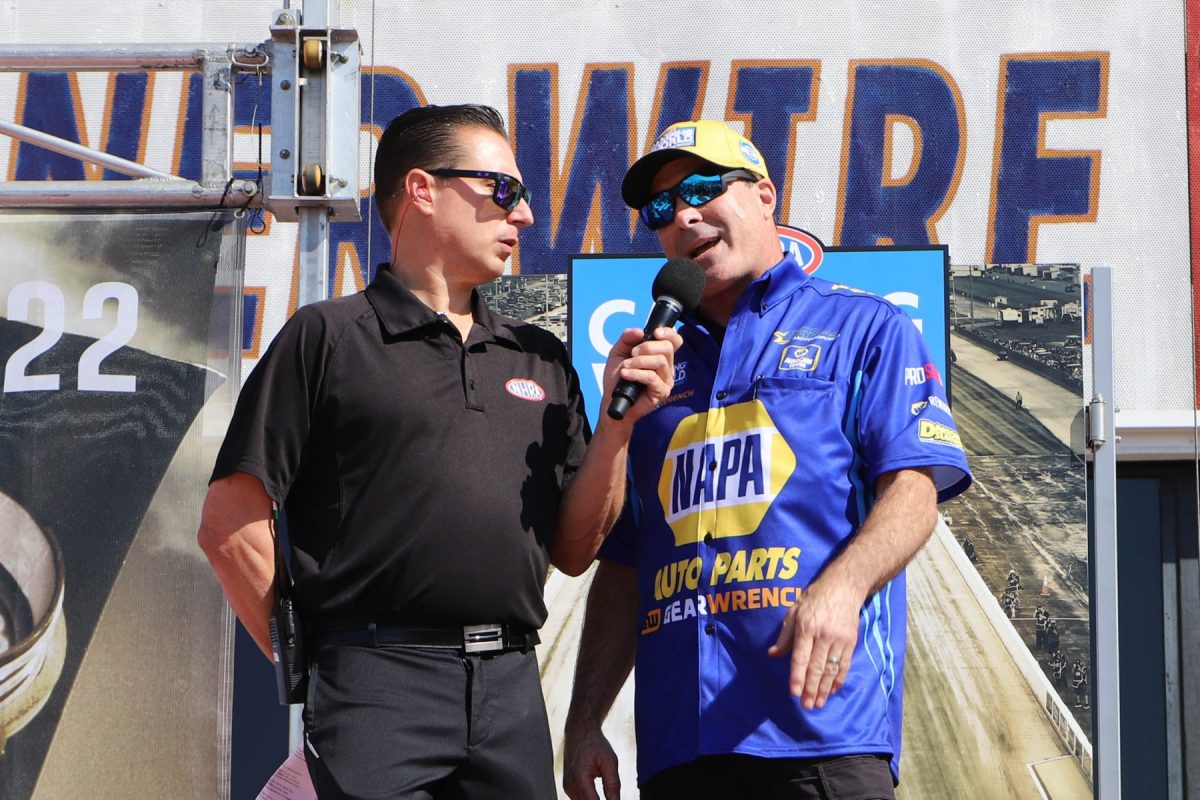 “I know that it won’t be without its challenges. There will be those moments or those weekends where something will go wrong. I’m not looking forward to that,” Capps admits. “Having to put fires out here and there, things you hear about from other team owners, those are things I’m not looking forward to, but obviously no matter what happens, the good and the bad, at the end of the day, I know I’ll be able to look back and say ‘it’s ours.’ I know that by far, all of the good will outweigh the bad, and it’s just nice to know that I have a little more control over my own destiny. Obviously, I’m taking on a lot more responsibility, but with that, I’m sure there will be more gratification.”

That gratification takes on several forms as Capps enters the next step in his career. Always a hired gun for one of Funny Car’s biggest teams, Capps is now driver and team owner. Getting that first win, competing for a world championship and making partners happy as an owner are things he now will get to experience for the first time.

It could also be a poignant moment for nitro racing, too, giving credence to the fact that successful racing can be done without mega teams and out-of-this-world budgets. Guys like Brown and Capps are forging important paths, another reason why this has been so worthwhile for Capps, who is positive he’ll look back on this decision and say, “Man, it was so worth it.”

“The gratification from winning that first race as a team owner, and knowing Dean Antonelli and John Medlen and all of the crew, and all of the hard work during the offseason that we’ve all done will all be worth it when those big moments happen,” Capps says. “To know that Guido and Medlen can go up there and strut their stuff is fun as a driver so that’s what makes me excited. No matter what is thrown at us, we can get past it gives me the confidence to know we’re going to have a great season.”