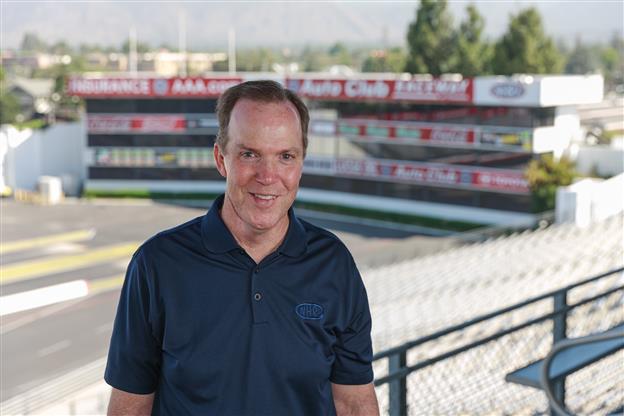 Clifford succeeds Tom Compton, who announced his retirement from the NHRA following 15 years as president.

Dallas Gardner, Chairman of the NHRA Board of Directors, made the announcement and introduced Clifford as president to NHRA employees assembled at the organization’s headquarters in Glendora, Calif.

“Peter Clifford will be an outstanding president of the NHRA,” Gardner said. “Peter’s faithful and effective service to all constituents of the NHRA family will ensure a spectacular new era for everyone who loves our sport, and he brings a passion for the NHRA that is unmistakable.  Peter is most deserving of his new appointment and we know he is more than up to the challenges and opportunities on the horizon.”

“I’m honored to accept the privilege and responsibility of leading the NHRA today and well into the future,” Clifford said.  “I have an incredible passion for the sport and will bring a great work ethic to my new role, at or away from the track.  My complete focus is to build our future. Our best stories are still to be told.”

A member of the NHRA board of directors, Clifford also serves the organization as its chief financial officer.  During his tenure with NHRA, Clifford has been the driving force behind the automation of systems within the company, including its IT functions, accounting and competition systems. He also has streamlined the business relationships between NHRA and its national event facilities.

Prior to joining NHRA in 1997 as vice president and chief financial officer, Clifford worked in finance and business planning with Hewlett-Packard, TNT Express Worldwide and Emcom.  Clifford received his bachelor’s degree in economics from University of California, Los Angeles, and holds a master’s of business administration in finance from the University of Southern California.

Gardner also thanked Compton today for his years of service to the organization, which he joined in 1993 as vice president and chief financial officer.

“Today the NHRA announces Tom Compton’s retirement,” Gardner said. “The NHRA thanks Tom for leading it during 15 years of progress, growth and success.”

“Tom was named president in 2000 and since then has advanced our organization and sport in ways that will provide lasting benefit for our teams, drivers, sponsors and fans. Just as important, the NHRA has an immensely bright future with exceptional opportunities that we are ready to explore. As the NHRA embarks on its next chapter, we wish Tom and his family all the best.”

“This decision comes after much thought and careful consideration of my own interests, those of my family and those of the NHRA itself,” Compton said.  “The more than 22 years I spent helping to build the great team, strong partnerships and robust operations the NHRA now enjoys makes this decision a difficult one.

“I want to thank everyone, including the NHRA, its partners, sponsors, track owners and operators, and all other NHRA-affiliated individuals and organizations for their generous and much-appreciated contributions to the success we’ve all enjoyed together. I am honored to have been an integral part of this collective effort, am proud of our collaboration and achievements, and am confident in the continued success of the NHRA in the years ahead.”