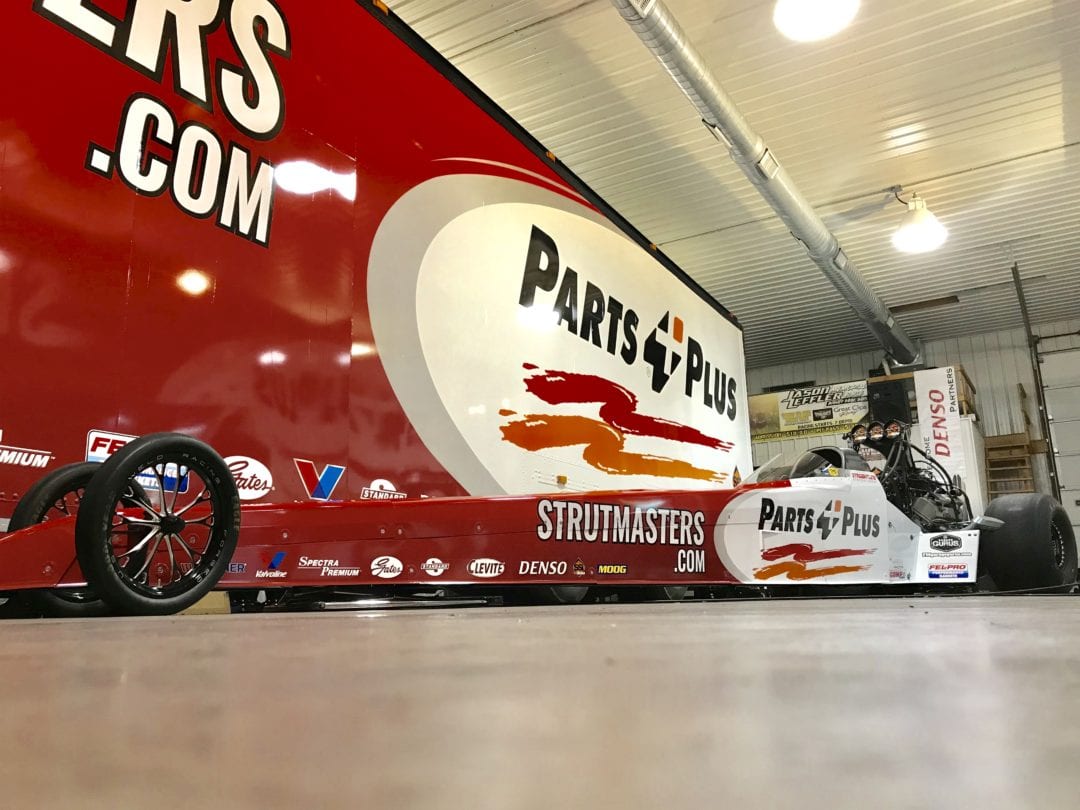 Fresh energy, ideas and enthusiasm is exactly what Clay Millican ordered for the Parts Plus/Strutmasters.com Top Fuel Dragster and the “Unfinished Business Tour” seeking the 2019 NHRA Mello-Yellow Series Championship. Millican who finished 3rd in the 2018 NHRA Mello Yello Top Fuel standings is looking to pick up where he finished in the championship hunt.

With a new ownership group, Straightline Strategy Group, LLC (SSG), and Parts Plus continuing their sponsorship with the addition of Strutmasters.com stepping up their involvement, the outlook is better now than it has been in years.

“Change is a scary word as fear of the unknown can keep people from moving forward, but I’ve fully embraced this change even with the valleys and hills that are expected in the process,” says Tennessee based driver, Clay Millican.

With this plan, the entire team will be sporting a fresh look for 2019.

“We developed an awesome, new look for Part Plus/Strutmasters.com dragster, semi transporters, uniforms and more that matches our goals and ambitions,” says Millican.

A big contributor of this transformation is SSI Decals, who provided and applied the vinyl materials. More changes will appear in the team operations. This includes bringing Mike Kloeber back as Crew Chief, veteran Jack Wyatt as the Car Chief and a new crew to outfit the team.

“It’s been deja-vu of sorts with Mike and Jack back in the shop,” continued Millican. “I have total confidence that they will provide the performance we need with the new parts that have been arriving daily. Our new look and our new crew will be in the hunt for a championship this year.”

Clay Millican will be testing the Parts Plus, Strutmasters.com Top Fuel Dragster at Phoenix on Jan. 31 through Feb. 1 in preparation for the NHRA season kickoff event in Pomona, CA.