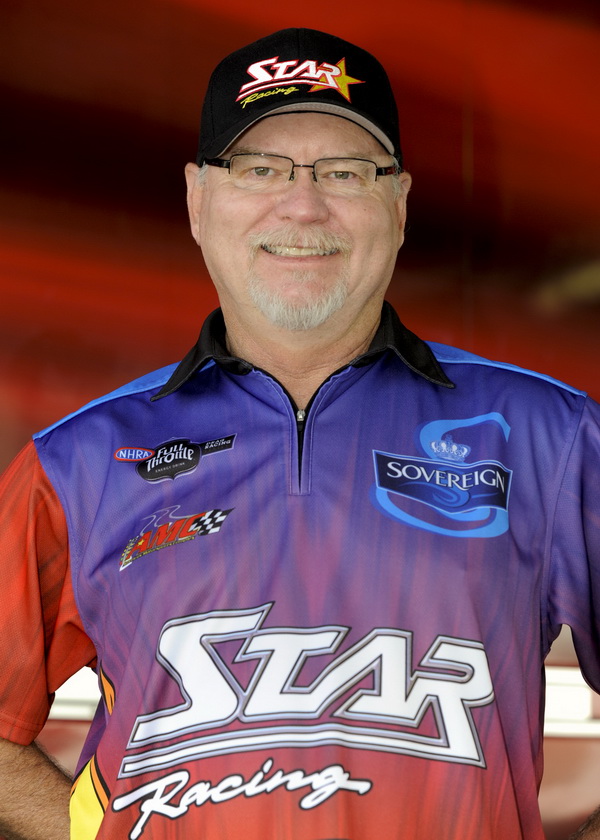 In preparation for a 2014 groundbreaking, Americus Motorsports Complex (AMC) project manager Jay Merritt and the development team have made huge strides over the past several months to increase the global appeal of this facility by hiring an International Safety Operations Specialist and enlisting internationally-recognized track designers.

The developers of this project are Star Racing owners and National Hot Rod Association (NHRA) veterans George (left) and Jackie Bryce. The Bryces are utilizing their more than 40 years of motorsports experience and over 30 successful years in the motorcycle drag racing industry to create this multi-purpose raceway park.

The team is excited to announce a name change for the complex and has also developed a solid financing plan, laid out a detailed timeline with specific objectives, and added several new features to the future motorsports complex. 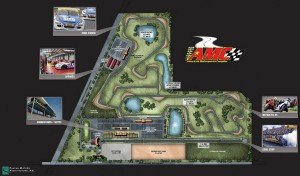 Since the project has begun to take on a more global presence, the development team decided that a new name would better communicate the broad scope of this future motorsports complex and the international impact it will have.

The development team chose the name Georgia International Raceway Park (GIRP) because it is recognizable to racers and fans from all over the world, especially those that may not be familiar with the town or region. A logo is currently being developed for Georgia International Raceway Park that will be incorporated into the marketing materials already being used to promote the facility.

“As the project has grown and developed into something much larger than we first anticipated, we thought that the name needed to better represent the worldwide appeal that Georgia International will have,” Jackie Bryce said. “The complex will definitely bring incredible things for Americus and Sumter County, but we wanted people to realize that the race teams, fans, sponsors, companies and other customers will come from the global racing industry, not just our state or country.” 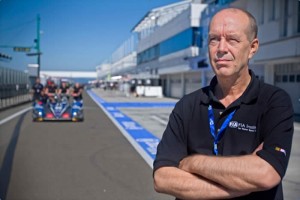 One of the key components to making this facility competitive on a global scale was the hiring of safety and race control expert Dr. Tamás Zettner. As the new Safety Operations Specialist for Georgia International, Zettner will act as the liaison between the development team and the road course track designer, ensuring that the circuit is built to the correct specifications of the International Federation of Automobiles (FIA) and the International Federation of Motorcycles (FIM). By complying with FIA and FIM racing standards, this future track will be equipped to host international events that attract race teams and spectators from all over the world.

Zettner has been in the auto and motorcycle racing industry for 28 years with a resume that spans many countries on several continents. He has worked with a number of Formula 1 and other racetracks, including the Hungaroring and Pannonia-Ring circuits in Hungary; the Yas Marina Circuit in Abu Dhabi, United Arab Emirates; the Slovakia Ring in Slovakia; Istanbul Park in Turkey; and many others. Zettner’s expertise in road racing track safety, design and operation will complement the Bryces’ knowledge of the drag racing segment of the industry.

“We have completely legitimized our position in worldwide motorsports with these new changes and upgrades to our vision for Georgia International. Dr. Tamás Zettner can open doors and make connections for us that we could only hope for. This is a real bonus for our project,” George Bryce said. 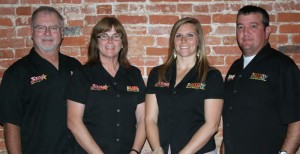 As the future Georgia International Raceway Park has grown in its global appeal, the costs to design, engineer and construct this world class facility have also increased to $25 million. With the help of Merritt, the newly-appointed business manager for the project, the team has modified their financial plan for funding and is already working with a firm to make this a reality.

“It’s my job to build a solid financial foundation for Georgia International to ensure that the business will be successful and sustainable in the long run,” Merritt said. “There are a couple of reasons that the costs of the project have grown since it was first announced: increased cost of international sanctions and safety features; improvements to training and testing facilities; the cost of a different financing structure; and the necessary funding to make this the ‘Disney of Motorsports.’”

The development team for Georgia International plans to have investor packages available by the end of February for people interested in ownership and investment opportunities that will provide the equity portion of the project. Package requests may be made by phone 229-924-0031 or by e-mail at [email protected]

With the new project timeline in place, the development team is working diligently to make sure that all preliminary goals are met along the way. Before the December 2014 groundbreaking, the Georgia International team must complete a number of steps in this intricate process, including analyzing the feasibility study results, completing a Phase 1 Environmental study, finalizing track designs, engineering final plans, completing the financing, and marketing to potential customers.

As the Georgia International team has expanded the scope of the project, they have also included several new features to the various activities and revenue streams of the complex. Georgia International will feature exotic car experiences, where customers pay to drive very high-end Lamborghinis, Ferraris and other luxury model cars on the road course. Memberships will also be available for car and motorcycle enthusiasts that want an opportunity to drive their vehicles on the track during open member-only days. Since kart racing is such a rapidly-growing segment of motorsports, the training facilities at Georgia International will feature a state-of-the-art kart track for competition and testing.

As the team continues to work toward their timeline objectives, groundbreaking for Georgia International is planned for December 2014. Since it will take about two years to complete the facility in its entirety, the team estimates that the complex will be open and racing by January 2017.