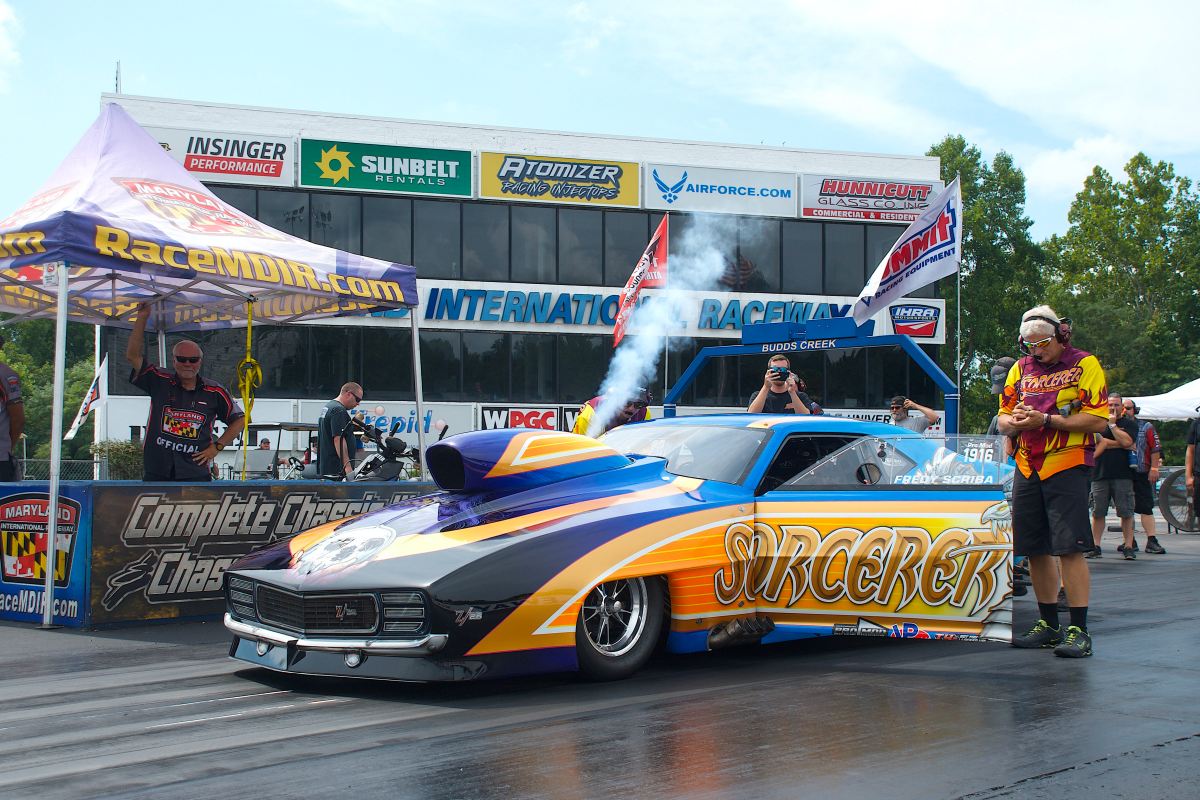 “We’re expecting around 20 cars and a beautiful weather forecast, so we couldn’t ask for much more,” said John Mazzorana, founder and president, NEOPMA. “Our club always enjoys the opportunity to race in front of the fans at MDIR. It’s an honor to be included in the incredible lineup for the Superchargers Showdown this weekend.”

Decker and Scriba have both won two races this season. Decker in his screw-blown Decker’s Salvage “Big Change” late-model Camaro won the two most recent races on the schedule, the Yellowbullet Nationals at Cecil County Dragway and the Pennsylvania Dutch Classic at Maple Grove Raceway. Scriba is looking for his third consecutive MDIR win in his nitrous-fed “Sorcerer” ’69 Camaro after winning the NEOPMA season opener in April and the Pro Challenge in August.

“What better way to end the season than a down-to-the-wire championship battle between two of Maryland’s own at Maryland International Raceway,” Mazzorana said. “Mike Decker Jr. and Fredy Scriba have really stood out all season long, and it’s going to be exciting to see them battle it out for the championship this weekend.”

All season long, NEOPMA races have included tight qualifying fields and side-by-side racing in eliminations, with multiple final rounds being decided by thousandths of a second. Mazzorana expects that trend to continue at the Superchargers Showdown.

“This race should be real exciting with 7-8 cars generally running within thousandths of a second of each other,” Mazzorana said. “That’s drag racing at its best.”

NEOPMA racers will have the opportunity to test from 10 a.m. to 4 p.m. on Friday. Qualifying begins Saturday, with sessions scheduled for 2, 6 and 8 p.m. Eliminations will kick off at noon on Sunday.