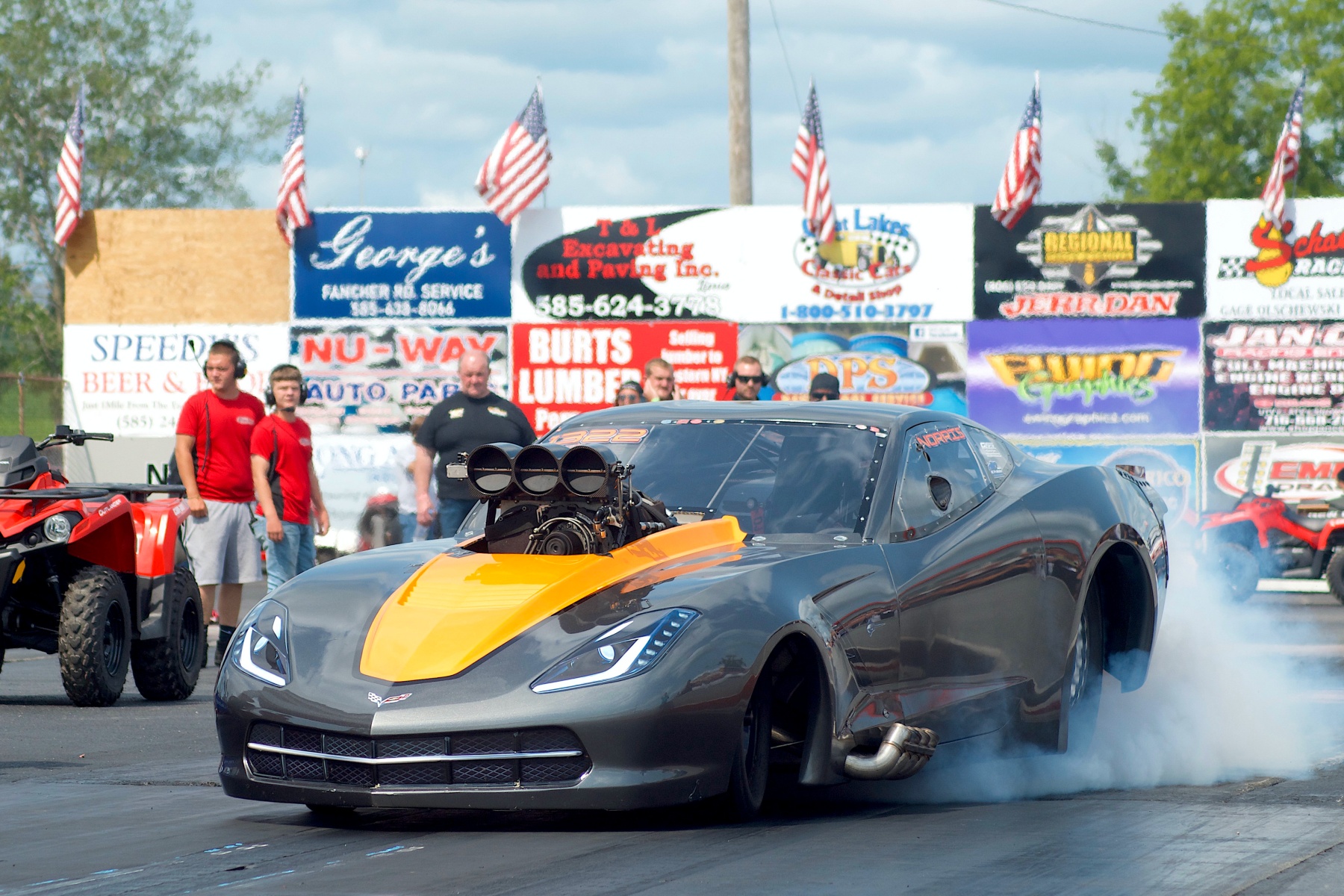 Just over a month after racing at New York’s Empire Dragway, the Northeast Outlaw Pro Mod Association (NEOPMA) returns to the historic IHRA-sanctioned track this weekend for the Empire Northeast Outlaw Pro Mod Challenge III on August 5-6. It’s the fifth points race of the NEOPMA’s 30th anniversary season, and a full field of Pro Mod competitors are on tap to put on a show for the fans.

“The stands were packed when we raced at Empire in mid-June, and our racers are thrilled to return this weekend to give the fans another exciting show,” said John Mazzorana, founder and president, NEOPMA. “Jerry Scaccia, Patrick Budd, and the whole Empire Dragway team provide a fantastic track and treat us really well. The fans in the area are passionate about Pro Modified racing, which makes for a great atmosphere for our members.”

At the Empire Northeast Outlaw Pro Mod Challenge II in June, 21 cars attempted to qualify for the 16-car field. Seven of those qualifiers dipped into the 3.60-second range, while Saturday eliminations also featured side-by-side, 3.60-second racing thanks to cool conditions and tight track prep.

“Between our faithful NEOPMA members, local Pro Mod teams, and the Canadian teams, we’re going to have an incredible field,” Mazzorana said. “This area is home to some fast Pro Mods, and we’re proud that they’re joining us at Empire.”

On Friday, NEOPMA teams will have the chance to test from 11 a.m. through 4 p.m., followed by qualifying sessions at 5 and 6:30 p.m. Saturday’s “Mid-Summer Mayhem” will include a final qualifying session at noon, with eliminations kicking off at 2 p.m. Saturday festivities also include nostalgia nitro Funny Cars and the “Bone Shaker” jet truck.