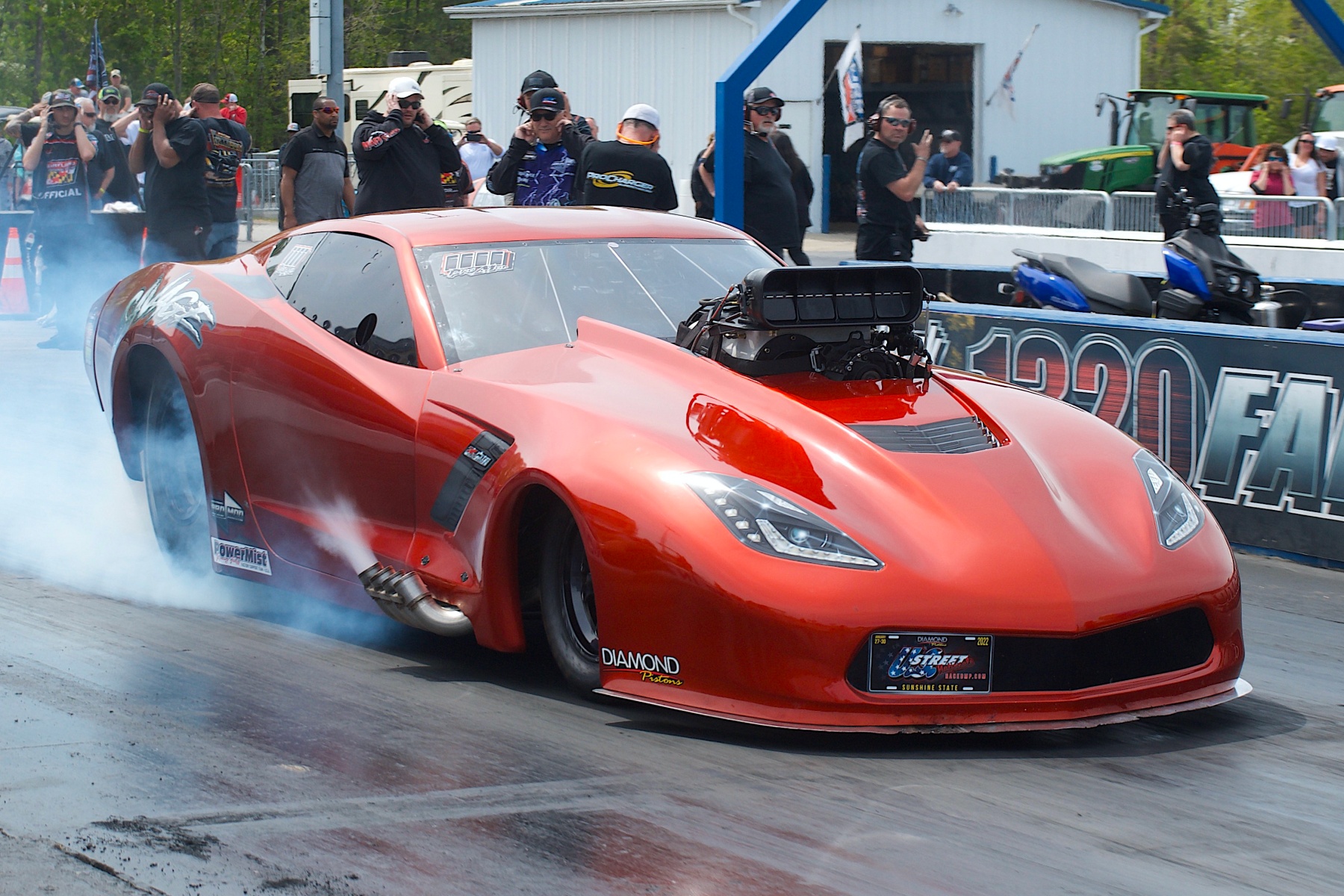 As the Northeast Outlaw Pro Mod Association (NEOPMA) continues to celebrate its 30th anniversary season, the eighth-mile Pro Modified club is heading to Cecil County Dragway for the Yellowbullet Nationals, Sept. 2-4. The Church View Farms Pro Mod winner will walk away with $30,000, while low qualifier and other bonuses are also up for grabs at the legendary outlaw event.

“We’re proud to be a part of the Yellowbullet Nationals again as we celebrate 30 years of Pro Modified racing,” said John Mazzorana, founder and president, NEOPMA. “Our racers have competed at the Yellowbullet Nationals for years, but last year was the first time it was a points-earning event for us. We appreciate Jim Halsey and the Cecil County and Yellowbullet teams welcoming us in, and we hope to add our NEOPMA touch to this already incredible show.”

At last year’s Yellowbullet Nationals, Maryland’s own Mike Decker Jr. picked up the Pro Mod win on his way to the 2021 NEOPMA season championship. He defeated Tommy Gray, a longtime NEOPMA racer.

“Some of the best Pro Mod racers in the country are going to be chasing that $30,000 payday,” Mazzorana said. “It’s exciting to know that many of the top guys are NEOPMA racers. If this year is anything like recent years, qualifying alone is going to be a thrilling show. Once we get into eliminations, it’s going to be side-by-side racing from the first round through the final round.

“We will be missing Derek Ward and his team this weekend, as Derek recently lost his father,” Mazzorana added. “We extend our deepest condolences to the Ward family.”

The $30,000 winner’s share of the payout is the big draw, but there’s also a sizable bonus for the No. 1 qualifier. Canvas Plus, Resolution Racing Services, and Pilot-King Racing have teamed up to provide a $2,500 bonus to the low qualifier in Pro Mod.

The Yellowbullet Nationals is the penultimate race on the eight-race 2022 NEOPMA schedule. The series has seen four different winners in five races, while a sixth race was rained out. All of this is leading up to a special season finale, the 30-30-30 race, at Maryland International Raceway on Sept. 30-Oct. 2. The series is hoping to attract 30 or more cars to race for $30,000 in celebration of the 30th NEOPMA season.

“This has been an unforgettable season,” Mazzorana said. “We’ve lasted 30 years thanks to our loyal members and sponsors like Jerry Bickel Race Cars, VP Racing Fuels, American Racing Headers, U.S. Auto Supply, ATI Performance Products, Fred Scriba, Gene Pilot, Brian Hard, Dave Hance, Kurt Steding, Kevin Koch, and Harry Pappas. It’s also been possible because of the fans and the tracks who’ve made us a part of their shows over the years. September is going to be an exciting month for the series.”

Pro Mod action at the Yellowbullet Nationals will kick off with the first round of qualifying on Friday afternoon, with three more qualifying sessions scheduled for Saturday. Eliminations will begin Sunday morning.