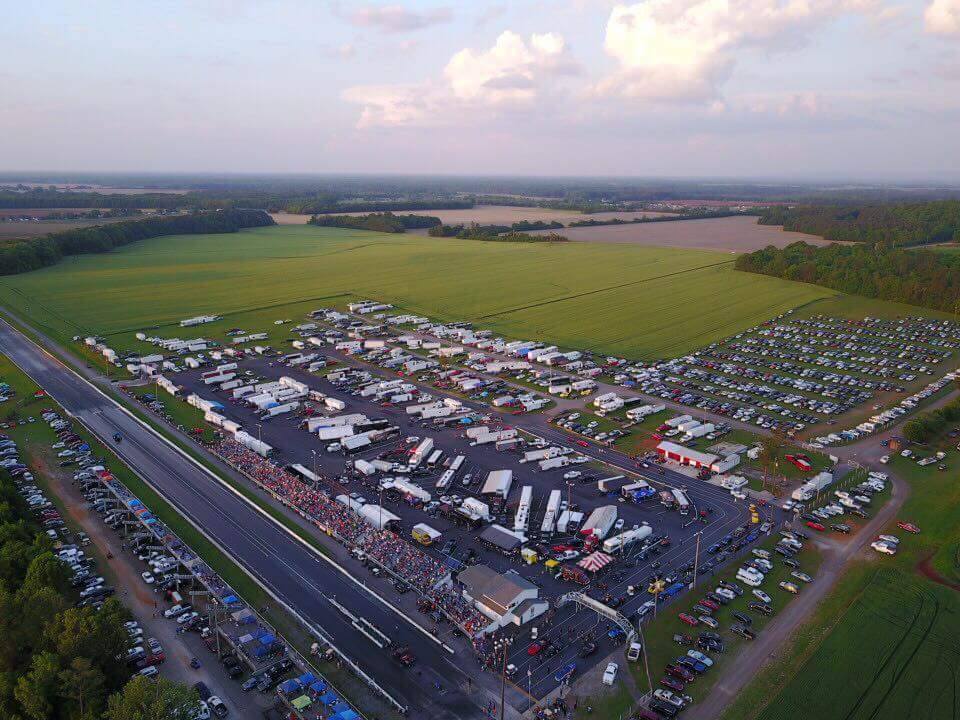 In the world of drag racing, the small tire craze has taken off in a wild way over the past couple of seasons in both performance levels and fan enthusiasm. Huntsville Dragway, located in the middle of numerous acres of farm land and the rapidly growing town of Harvest, Alabama, has long been a staple in the eighth-mile, outlaw drag racing world. With a rich history of ORSCA races and the first $50,000-to-win shootout for the Outlaw 10.5 category, the grandstands at Huntsville have witnessed many of the top names in small tire racing blast down the 660-feet of concrete in front of them.

Radial Fest began its inception on Halloween weekend in 2014 on a cool October weekend when Brad Edwards ran the first three-second elapsed time in the final round of Radial vs. the World when his Ford Mustang clicked off a 3.99-second shot heard around the world. This immediately put Radial Fest on the map as a can’t-miss event and that momentum has continued into 2017 as promoters Mike and Zach Jones ran their first of two Radial Fest events this past weekend in front of a near-capacity crowd and a parking lot full of competitive race cars.

Barry Mitchell came out with his roots-blown 1969 Chevrolet Camaro and stood tall on the pole position with a 3.860-second shot to outlast DeWayne Mills’ 3.863 elapsed time, which netted him a second starting position in the fifteen-car field compiled for Radial vs. the World presented by Pro Line Racing, TRE Racing Engines and Bryson Motorsports. In the final qualifying session, Mitchell was on another stellar run when the engine expired, ending his chance at the $10,000 top prize. As eliminations began, local Alabama runner, Jamie Hancock figured out his driveline issues and cracked off his first full run of the weekend with a win over Tommy Rainer. DeWayne Mills, Chris Daniel, Mark Woodruff, Mark Micke, Tim Kincaid and Norman Bryson all moved on as well. As the second round ended, all seven competitors ran in the 3-second zone with Hancock taking a competition bye and going low for the round with a 3.86. Mills posted a stout 3.88 en route to the semis, while Woodruff and Micke managed 3.91- and 3.94-second runs, respectively. Hancock and Mills moved on to the finals, but the Oklahoma-based “Golden Gorilla” Camaro was plagued with breakage and Hancock laid down low elapsed time of the meet with a 3.859 in the finals to put the nitrous oxide-assisted entry in the winner’s circle after two runner-up finishes at previous Radial Fest events.

Limited Drag Radial has quickly become one of the most hyped and talked about categories in the outlaw drag racing world with its close competition from event to event. Shawn Ayers-wheeled the Fletcher Cox-owned, single-turbocharged small block-powered Ford Mustang, better known as “Golddust”, to the number-one qualifying position and laid down the national elapsed time record in the process – a 4.126 at 178.93 miles per hour. Ayers carried it to the semifinals before the car rolled the beams, handing the automatic victory over to Jack Greene’s nitrous-huffing Chevrolet Nova as Jeff Kyle moved on over Jason Rueckert on the other half of the ladder. Kyle’s small block, twin turbocharged powerplant was unable to fire in the staging lanes in the final round and Jack Greene was handed the competition bye in the finals, who took full advantage of the opportunity to lay down a career- best 4.219 at 176mph.

X275 had the best car count of the top three heads up classes as twenty-one cars attempted to qualify. Cecil Whitaker from Dexter, Missouri, stood atop the field with a 4.50, but could not make the call for eliminations due to breakage. After fighting through tough competitors all day Ken Johnson, Earl Stanley, Phil Hines and Sean Lyon were left standing rolling into the semifinals. Phil Hines and Earl Stanley both emerged victorious in the semis with both cars running a 4.525 elapsed time going into the final round. Sadly, Huntsville Dragway has a strict curfew and they were not able to turn the cars around in time to make the final round which looks as if it would have been a barn-burner.

Mikie Smith (Mean Street), Tyree Smith (King of the Streets), Derek Fuller (6.00 Index) and Deda Ford Minor (7.00 Index) all claimed victories as well in the remaining categories. Deda, well known daughter of Kenny Ford, owner of PTC, won 7.00 Index in her first ever competition event and only second time in the race car usually piloted by her father.

“This was one of the largest Radial Fest events that we’ve had yet,” said promoter Zach Jones. “The quality of cars was top tier and the spectator count was more than ever before, nearly filling up all of our spectator parking lots, including the west side parking lot.”

With a few months of downtime until the next event on September 14-16th, Zach Jones and the Huntsville Dragway crew are looking to make improvements to make everyone’s time at the event as smooth and safe as possible, be sure to keep up with the next event at www.radialfest.com.