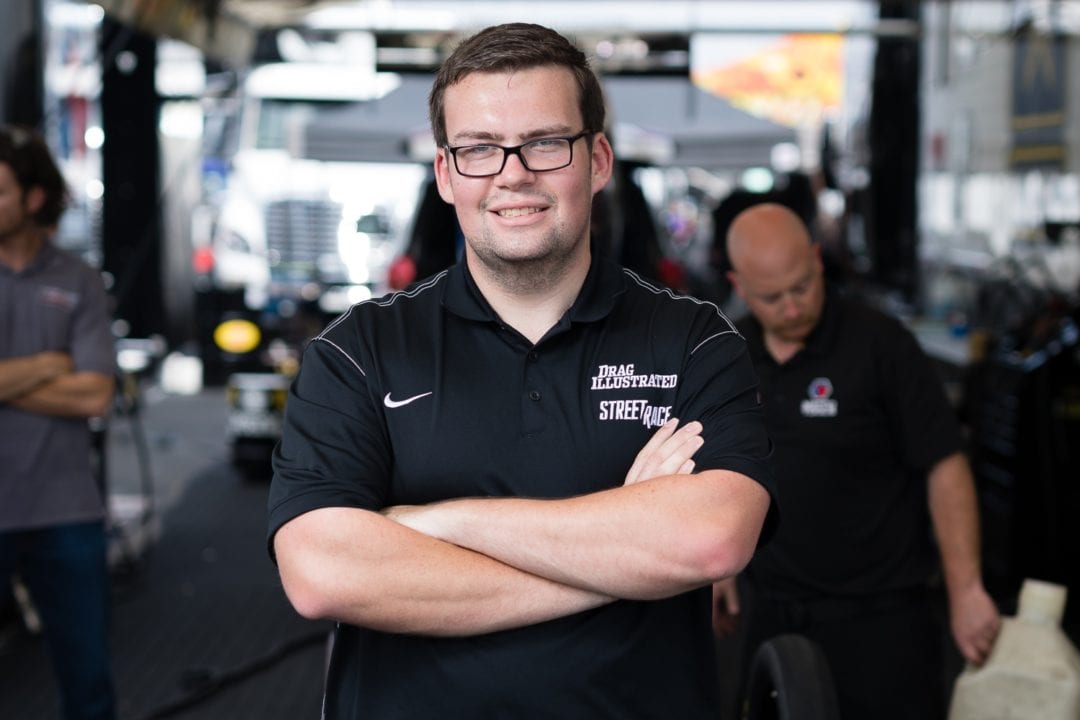 Drag Illustrated, a leading motorsports publication, officially announced today that Nate Van Wagnen has been named the new Editor-In-Chief of the magazine. Wes Buck will continue as Founder and Editorial Director of DRAG ILLUSTRATED.

The official announcement furthers Van Wagnen’s role with the magazine, which started in 2014 as a freelance writer. A year later, the 22-year-old Van Wagnen was named the DRAG ILLUSTRATED Web Editor, advancing to the Managing Editor role in 2017 before being named the Editor-In-Chief this year.

“I picked up my first copy of DRAG ILLUSTRATED in 2008 and had the opportunity to start writing when I was 18. To grow in that role and now be named Editor-in-Chief, it is really surreal,” Van Wagnen said. “I really appreciate Wes entrusting me with this role, and it has been a great experience to learn with Wes and (Design & Production Director) Mike (Carpenter) over the last few years to fully understand how the whole magazine comes together. Wes trusting me with a position he has held for a long time means a lot, and says a lot about his commitment to developing the future of drag racing media.”

Van Wagnen, who is enrolled at Cleveland State University with a major of Journalism & Promotional Communication and a Business minor, got his start in drag racing in 2010, writing Jr. Dragster stories for Summit Racing Equipment Motorsports Park. He started working on Brandon Booher’s Top Alcohol Dragster that same year and has been entrenched in the sport since, also working as the DRAG ILLUSTRATED World Series of Pro Mod media director.

“Nate works incredibly hard and has definitely earned the Editor-in-Chief title, and I’m thrilled to have him in that role,” Buck said. “I feel lucky to have crossed paths with Nate at an early age, when he was just 18 years old. Then and now, he’s willing to do whatever it takes to go drag racing, and that level of passion, enthusiasm and dedication is mission critical here at DRAG ILLUSTRATED. Our mission has always included covering the sport of drag racing from the inside looking around as compared to the outside looking in, and Nate’s vantage point falls right in line with that goal.

“Nate also has the work ethic required to always be moving forward, and that’s very important in this fast-moving, ever-evolving new media age we live in,” continued Buck. “Of course, I will remain involved with the editorial direction of the magazine, but I’m looking forward to focusing my efforts on growing the DRAG ILLUSTRATED brand across all mediums – print, digital and social. It’s an exciting time.”

Buck was sold on Van Wagnen’s work ethic and passion for the sport after working with him at a PDRA race at the Texas Motorplex in 2016. Van Wagnen requested an early-morning Sunday flight after the race was completed, flying home and then rushing to Norwalk so he could be a crew member that same day on Booher’s Top Alcohol Dragster.

“That’s my kind of guy,” Buck said. “Nate is an extreme hard worker, people love him and, most importantly, he can’t get enough of this stuff. We’ve got a big, happy family here and I’m happy for Nate as his involvement and influence here continues to grow.”

Working alongside Buck and Carpenter, along with the rest of DRAG ILLUSTRATED’s talented staff, Van Wagnen envisions continued growth for the magazine.

“That’s something I’m really excited about and we will continue to keep up that diverse mix of content, whether it’s the top dogs in the NHRA, PDRA or NMCA to the local bracket racers putting in hard work at their local tracks,” Van Wagnen said. “We will continue to put out the best stories and photos, and really deliver the content the readers have come to expect from DRAG ILLUSTRATED.”