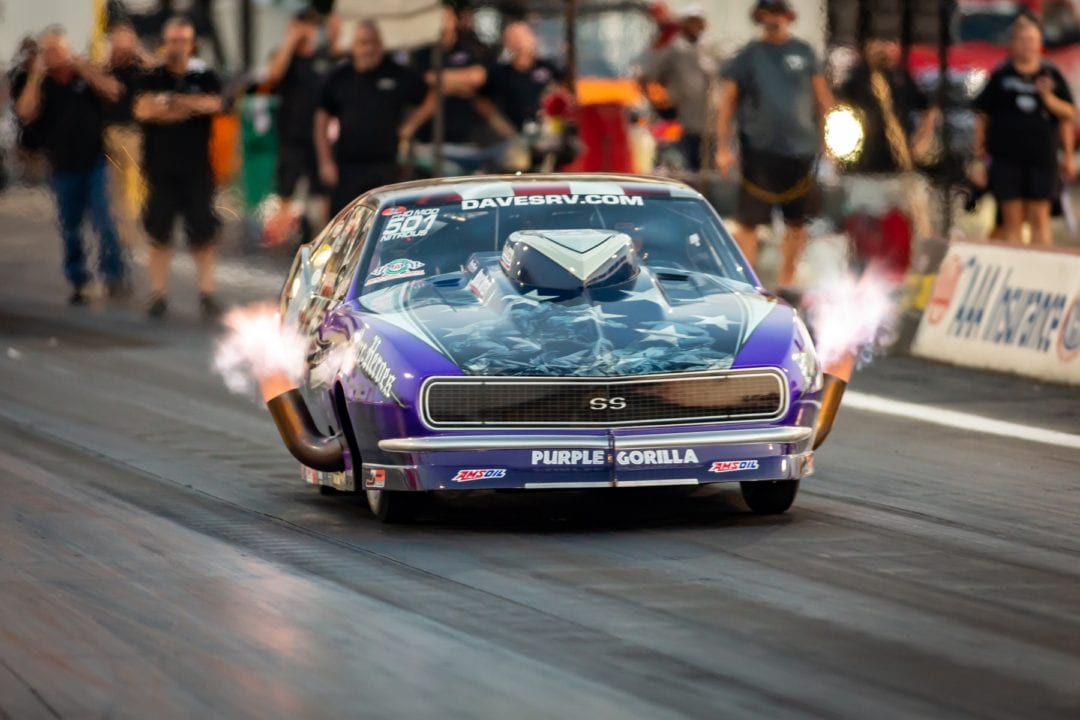 The Frankenstein Engine Dynamics Mid-West Pro Mod Series (MWPMS) is heading to the all-new Xtreme Raceway Park in Trumbull, Tx. Sep. 7-8, for the penultimate event of its 2018 season.

“This the second-last race in our official season and two races before the special $50,000-to-win Pro Mod race in November at the Texas Motorplex,” MWPMS owner, promoter and competitor Keith Haney said. “So all of our the points championships are still up for grabs and we’ve got a lot of newcomers showing up to run and size up the Mid-West Series competition before the big $50K race, the biggest, richest, eighth-mile Pro Mod race in the world.”

Currently, a pair of nitrous-boosted Camaros sit atop the MWPMS Pro Mod points list, with Ron Muenks, a winner at St. Louis in May, holding onto first place in his ‘69 version of Chevy’s classic pony car. Jim Sackuvich is yet to win this year with his 2014 Camaro, but runner-up finishes in four of the six MWPMS events held so far have him just seven points back in second place. Third belongs to Jonas Aleshire, another 17 points behind with his supercharged ’06 Corvette, while Aaron Wells and Todd Martin round out the top five, each with a realistic shot at the Pro Mod season title based on strong performances in the final two events.

“They all have a chance; all they have to do is go out and win,” stated Haney, the defending MWPMS champion in both Pro Mod and Radial vs. the World with a pair of nearly identical appearing, nitrous-boosted 2014 Camaros. “But it won’t be easy; we haven’t had a repeat winner so far all season, which just shows the tremendous parity our rules have created.” 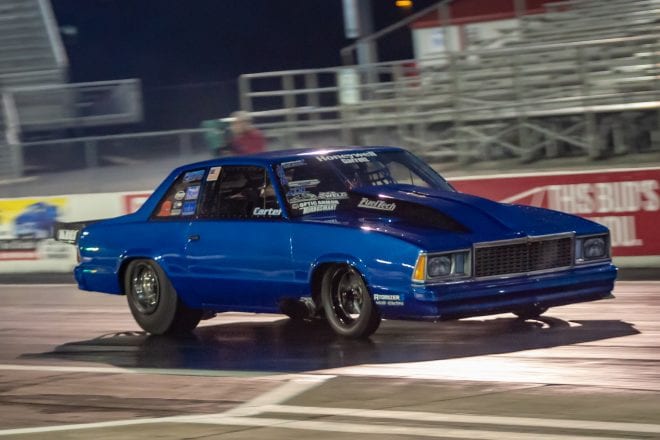 Likewise, the MWPMS Radial vs. the World championship chase remains tight, with Daniel Pharris leading the way after wins at Bowling Green, Oh., and St. Louis in his twin-turboed 2014 Corvette. Though yet to win this season, consistent finishes for Mark Micke in Jason Carter’s ’78 Chevy Malibu have him 24 points back in second, while Jeff Naiser, who won the MWPMS season opener back in March at the Motorplex, is just two points away from Micke, with DeWayne Mills, the winner in May at Tulsa, another three points behind Naiser.

“Again, it’s there for the taking by any one of these guys,” said Haney, winner of the series’ second event, also in Tulsa, but who’s sitting out the remainder of the RvW season with both of his race cars up for sale. “This race in Texas is no question going to be a big, big factor in the championship outcome, so they’re all going to be set on kill.”

After a pair of wins at Dallas and Tulsa, Kenny Hubbard has a commanding lead in MWPMS X275 radial tire points, with Bowling Green winner Shane Heckel second and “Turbo Todd” Moyer third. Regardless, the small-tire contingent of the MWPMS promises to contribute to a memorable weekend at Xtreme Raceway Park.

“This is our first time visiting Xtreme Raceway Park, so there’s a lot of excitement for most of our racers running at a new track to them. It’s a beautiful, brand-new facility, all-concrete racing surface, all the pit areas are concrete, brand-new grandstands, all-LED lighting, not a bad seat in the house, just phenomenal. It’s just a great, new, state-of-the-art drag racing facility,” Haney said.

“Truthfully, I consider it an honor for us to be the first major touring series to race at Extreme Raceway Park and I know our teams in all classes are going to have a great time and put on an amazing show there. And the show’s going to be short and sweet, just like we’ve always kept it.

“This has been a really great year for the Mid-West Pro Mod Series,” he continued. “It’s only been two years, but we’re definitely on an upswing and 2019 is already shaping up to be even better. We’ve already got most of our dates in place; we had an eight-race season this year and we’re looking at probably eight again next year—nine, including the $50K race—and we’ll be going to a lot of the same tracks and events, but probably with some new stuff in there, too. It’s an exciting time.”

Testing for all MWPMS teams at Xtreme Raceway Park opens at 6 p.m. on Thursday, Sep. 6, and wraps up at 11 that night. Additional testing will be available 10 a.m. to 4 p.m. Friday, Sep. 7, before the opening round of qualifying for all classes begins at 7 p.m., with a second session set for 9 p.m. Two more rounds of qualifying will run at 9 a.m. and 11 a.m. Saturday, Sep. 8, with eliminations scheduled to start at 7 p.m. Visit the track online at www.xtremeracewaypark.com or call (972) 544-3724 for additional details.