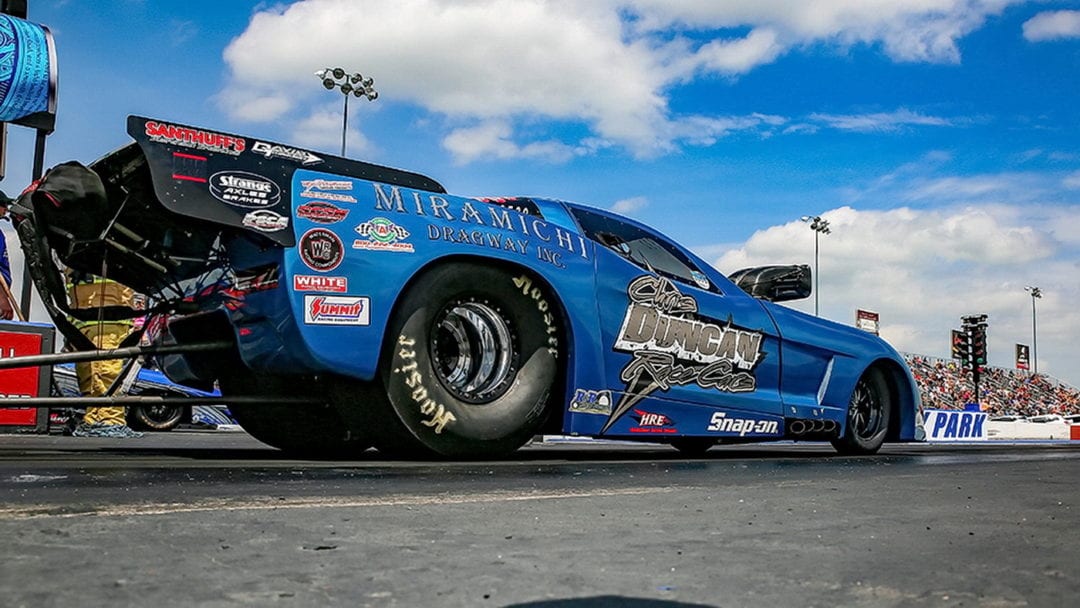 With just three events left on its 2018 schedule, the all-eighth-mile Frankenstein Engine Dynamics Mid-West Pro Mod Series (MWPMS) is returning to Gateway Motorsports Park this weekend (Aug. 2-4), as part of promoter Mel Roth’s fifth annual Street Car Super Nationals. The MWPMS previously visited the track near St. Louis in May to close out the first half of its eight-race season.

“Unfortunately, last-minute business demands prevented me from attending our first race in St. Louis this year, but I’m looking forward to kicking some butt this time around,” MWPMS owner, promoter and competitor Keith Haney said. “I just announced that I’m selling both of my race cars, though, so I’ll only be racing ‘Notorious’ in Pro Mod with the Mid-West series the rest of this year. The Radial vs. the World car, ‘Enigma,’ is going to wait at home, so those guys can breathe a sigh of relief.”

Haney also recently announced an unprecedented $50,000-to-win Pro Mod race scheduled for Nov. 1-3, at the Texas Motorplex, near Dallas, which offers a sizable entry fee discount to any racer who enters at least four official MWPMS events this year. With only three opportunities left to reach that discount, Haney expects up to 30 entries will compete for a spot in the 16-car Pro Mod field at Gateway.

“This special-event $50K race is going to happen a month after our official season ends, so we’ll already know our champion by then, but there’s still going to be a lot on the line for these Mid-West Pro Mod racers” Haney stressed. “It’s not only going to be about the money, which is huge, but about bragging rights and pride because we have teams coming from all across the country to try and take it away from our guys in the Mid-West Pro Mod Series. Everyone is already gearing up for it, so you know they’ll be set on kill when they get to St. Louis this weekend.”

Current Pro Mod points leader Ron Muenks of Springfield, Mo., won his first race of the year the last time the MWPMS visited Gateway. His nitrous-boosted ’68 Camaro will be challenged by second-place man Jonas Aleshire in a supercharged ’06 Corvette, St. Louis runner-up Jim Sackuvich in a nitrous-fed 2016 Camaro and Jason Hamstra, who is quickly climbing the standings with his blown ’69 Camaro after winning the most recent MWPMS event last month in Topeka, Ks.

Also tackling the Gateway eighth mile during the PSCA Street Car Super Nationals V will be the ever-popular MWPMS Radial vs. the World (RvW) and X275 drag radial classes.

Based on the strength of wins earlier this year at Bowling Green, Ky. and St. Louis, Daniel Pharris and his wild 2014 twin-turboed Corvette currently leads the RvW points chase, with DeWayne Mills a close second, followed by Mark Micke and in his unreal twin-turbocharged ’78 Malibu. 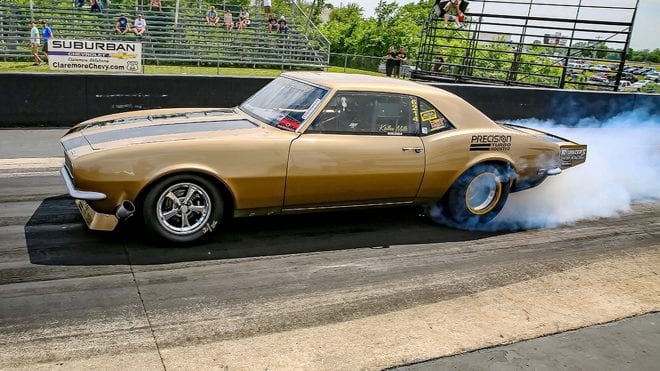 The MWPMS X275 class also features an all-star class of frontrunners, led by two-time winner Kenny Hubbard in his second-generation Nova, consistent front runner Shane Heckel and Kalee Mills, who is a win waiting to happen after two close runner-up finishes in a nearly mirrored ride to her father’s famous “Golden Gorilla” 1968 Camaro.

“Our radial racers put on a tremendous show; it’s unbelievable how quick and fast they go on those little, street-legal radial tires,” Haney said. “And every one of our Mid-West Pro Mod Series racers are so very accessible and friendly, so I encourage everyone in the St. Louis area to join us this weekend at Gateway Motorsports Park. It’s a really great facility for both fans and racers.”

After an afternoon of open testing at Gateway Motorsports Park, beginning at 3 p.m. Thursday, Aug. 2, round one of qualifying for the PSCA Street Car Super Nationals V, including all Mid-West Pro Mod Series classes, will begin at 9 p.m. Spectator gates open at 3 p.m. Friday, with round two of qualifying scheduled for 7:30 p.m. and round three starting at 10:30 p.m. so that all on-track activity can be wrapped up by midnight.

After spectator gates open at 9 a.m., the fourth and final qualifying opportunity for all classes will immediately open Saturday’s action, with racing scheduled to start with Jr. Dragsters at 3 p.m. and MWPMS competitors first entering eliminations at 7:30 p.m. Tickets for the PSCA Street Car Super Nationals V, featuring the Mid-West Pro Mod Series, are $20 per day ($50/3-day weekend) or $10/day ($15/weekend) for Junior tickets, with kids 7 and under admitted free.