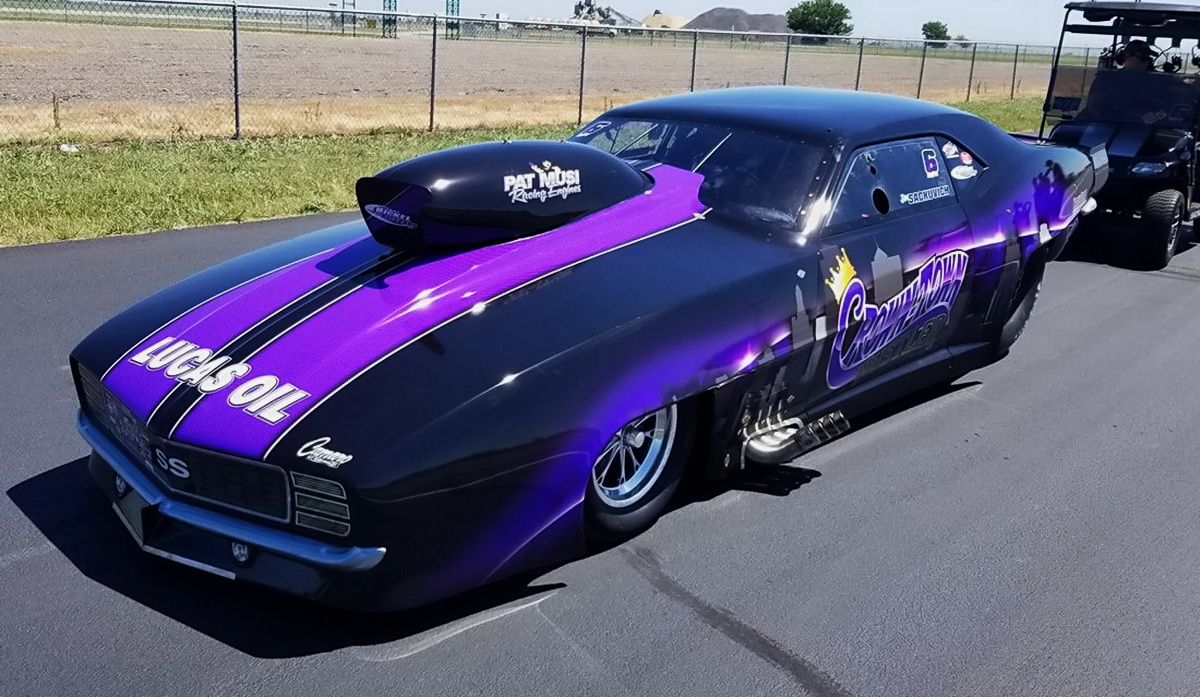 One of the greatest names in doorslammer racing history returns in 2021 to the Summit Racing Mid-West Drag Racing Series (MWDRS) presented by J&A Service as Pat Musi Racing Engines resumes its contribution to the season-ending MWDRS championship fund.

Started by Musi as an 18-year-old hot rodder in Carteret, NJ, Musi Racing Engines eventually moved south late in 2012 to Mooresville, NC, where it maintains a 10,000-square-foot engine shop and this spring will open a brand-new 9,000-square-foot facility dedicated to preparing customer cars and housing the team car raced by his daughter Lizzy Musi in the Street Outlaws: No Prep Kings TV series.

“It’s truly an honor to have a legend of the sport think enough of what we’re doing here to want to step up and play an active sponsorship role with the Mid-West Drag Racing Series,” MWDRS founder, owner and promoter Keith Haney said.

“Pat Musi engines have won multiple Mid-West Series races over the years, too, and I definitely wouldn’t be surprised to see another one in the winner’s circle this season. And as a nitrous racer myself I know how much work goes into these engines and Pat and his guys are at the top of their game year in and year out.”

Though he’s seen only a couple of MWDRS events in person, Musi said he enjoyed the opportunities and hopes to attend more as his packed schedule allows.

“Keith and his staff make it easy to get involved. There’s not a lot of confusion or drama, which I like,” he said. “We’ve been so busy with the other series we’re personally involved with, but I like what they’re doing out there, so if I can help them to continue I’m glad to do it.”

“It’s no secret I’m not really a fan of mixed classes, but I think Keith and his guys do a pretty good job of keeping things pretty even and fair, so I want to support them in that, too,” Musi added.