The rumors continue to swirl regarding the possibility of mountain motor Pro Stock joining NHRA Pro Stock, but Elijah Morton isn’t worried about the future.

His immediate concern is simply putting on a great show this weekend.

The MMPS veteran is one of eight drivers racing this weekend at the NHRA’s U.S. Nationals as part of a special exhibition. It marks the first time the class will make an appearance at a NHRA event and considering it’s taking place at the biggest drag race, Morton plans to simply soak in the moment.

“I’m just going to this race and I’m going to enjoy the moment with no promises of anything else,” Morton said. “I’m just glad to get to race on the stage I’m getting on. It’s exciting to be part of it and I’ve wanted to air the parachutes out in the quarter-mile for a while now. If there’s something else, we’ll see how it plays out.”

Like Morton, Montecalvo is making his first ever appearance as a competitor at the U.S. Nationals, which is enough to get his excitement level bubbling. The opportunity came about quickly and Montecalvo jumped at the chance to showcase his mountain motor machine on the highest level.

“The NHRA is welcoming us with open arms and, to me, it’s great exposure for the class,” Montecalvo said. “The way I look at it, it’s history. I welcome the opportunity to see where it goes. But it’s historic.”

DeFlorian is another first-timer when it comes to racing at the U.S. Nationals, which also made his decision an easy one.

He’s in the midst of a championship chase in PDRA’s Extreme Pro Stock class, meaning DeFlorian hopes to use this weekend as a showcase for the class where he currently competes.

But getting the chance to possibly run in the 6.20s at 225 mph was the icing on what DeFlorian hopes to be a thoroughly enjoyable cake this weekend. 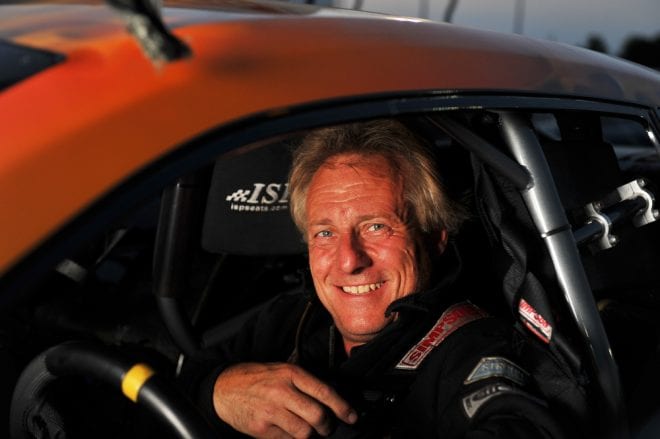 “I love quarter-mile racing and about once a year we get to air this car out,” DeFlorian said. “Our cars are completely different than a NHRA Pro Stock car. These cars are pulling just as hard at the finish line. To run around 225 mph, it’s exciting and I enjoy it and it definitely gets your attention. This is one of those things that’s on most drag racer’s bucket lists. It’s a big deal to race at the U.S. Nationals.”

Of course, all eight competitors have plans to put on a show.

The official NHRA release touched on the possibility of the mountain motor Pro Stock class being incorporated into the NHRA Pro Stock class, but for that to take the next step, the drivers know they need to perform.

They will receive two passes on Saturday and Sunday, and they don’t plan to disappoint.

“To be honest, the NHRA is looking at this as an opportunity to see what we’ve got and see what we can do,” DeFlorian said. “It’s a long way away, but they’re going to take a look at it, so we want to go out and put on the best show we can.”

Montecalvo doesn’t mind if there’s any added pressure, especially with the possibilities that could eventually be on the table.

“I’m going into this as a chance to have fun and showcase the class, but you always have to look to the future,” Montecalvo said. “I think it could become a reality.”

Should that be the case, there is still plenty to be worked out, including what restrictions would be placed on the 800-plus cubic inch engine mountain motor cars. Those discussions are still a ways off, but just recognizing the possibility has Montecalvo interested and also thrilled to grab a little of the spotlight this weekend.

That’s a definite draw for the weekend and also a matter that will undergo heavy discussion.

Along with the performances – and the mountain motor cars would assuredly be slowed down – one positive is the class would bring variety. Morton is one of a handful of drivers piloting a Mustang, while others drive Dodges. Hood scoops are still prevalent on the naturally-aspirated mountain motor Pro Stock cars, something Morton believes will be a draw at the Big Go.

Blasting down the quarter-mile at more than 220 mph would also go a long way in terms of entertaining the crowd and that may be what Morton is most excited about this weekend.

“I’m certainly not holding back,” Morton said. “If everything goes well, I plan on putting on a show.”