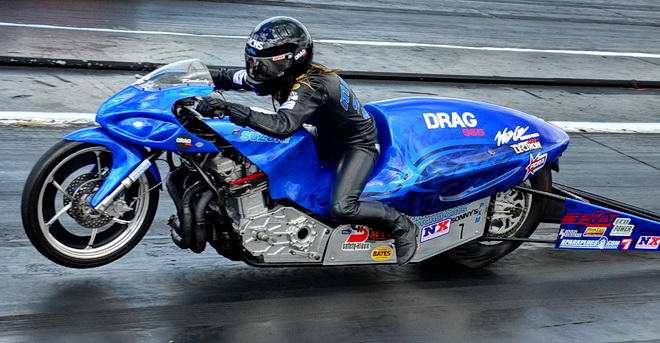 It’s been four long years since Kim Morrell last raced for a full season. She made that one count, though, by winning the 2010 ADRL Pro Extreme Motorcycle (PXM) world championship. 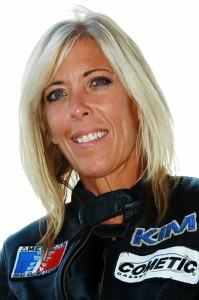 The veteran rider from West Palm Beach, FL, will be back in the saddle full time next year, however, hoping to repeat history in the Professional Drag Racers Association (PDRA), thanks to securing full-season sponsorship from Kuwait’s Sheikh Mohammad al Sabah as part of his Drag 965 team.

“I am so happy and grateful right now it’s hard to put it into words,” says Morrell, who joins fellow PXM stars Billy Vose and Travis Davis under the Drag 965 umbrella. “We had Drag 965 on my bike in the last two PDRA races this year at Rockingham and Richmond, but to know we’ll be able to run the full schedule next year thanks to Sheikh Mohammad and Drag 965 is so exciting.”

The numbers in Drag 965 refer to the country calling code for Kuwait for international calls and despite not yet meeting the sheikh in person, Morrell says she’s spoken with him several times by phone. 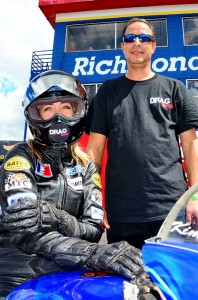 “He’s just an amazing guy to talk to, very smart and he doesn’t discriminate at all against anyone,” the only female champion in the ADRL’s nine-year history says.

“He’s very friendly, too. I asked what I should call him, since he’s a sheikh of course, and he said, ‘just call me Mohammad.’ Seriously, I can’t wait to meet him in person just so he can see how excited I am, and thankful—and proud—to officially be on his team.”

Morrell said she and crew chief John Sachs will run the same 2010 Hayabusa they’ve been racing the last couple of years, “but we’re definitely going to be doing some upgrades so I can lay down the 4-ohs along with everybody else.”

The 2015 PDRA schedule begins in March at Ennis, TX, and the series will have visited 10 tracks by the time it reaches the season ender in October, again at Richmond, VA.

“I can’t wait to get going,” Morrell declares. “I haven’t been this excited about going racing in a long time.”