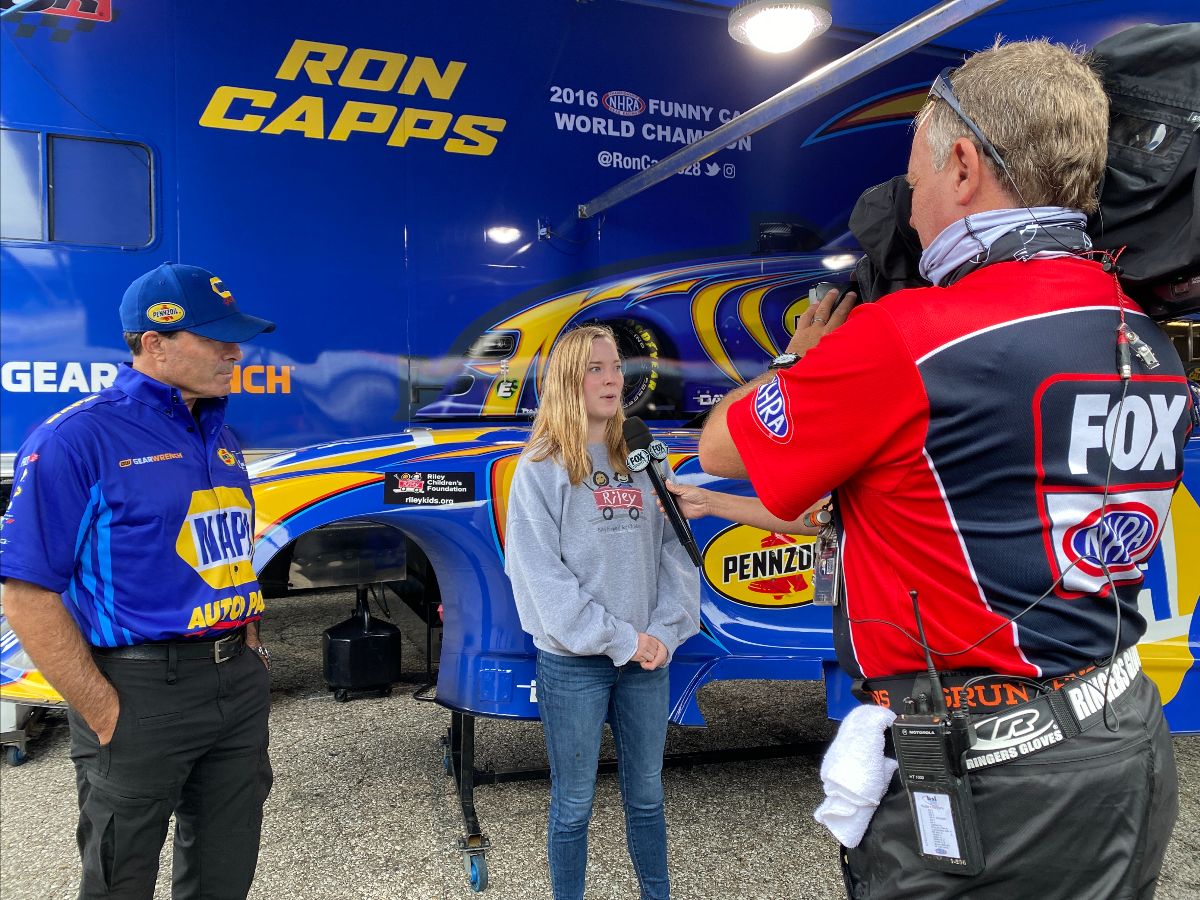 Don Schumacher Racing may be best known for its on-track success but for drag racing’s winningest team, its ongoing partnership and successful fundraising efforts for Riley Hospital for Children is perhaps its most important victory. Since 2006, DSR has partnered with Riley to raise dollars and awareness for the nationally-ranked pediatric acute care children’s hospital headquartered in Indianapolis.

Located in nearby Brownsburg, Ind., DSR has enjoyed a longstanding tradition of showcasing the local nonprofit at the Dodge//SRT NHRA U.S. Nationals, aka ‘the Super Bowl of drag racing.’ One of the most beloved Riley/DSR traditions is the annual DSR Open House, where drag racing’s preeminent organization pulls back the curtains and opens its 145,000-square foot shop on the Friday leading into the ‘Big Go.’ The Open House, which typically includes a vast silent auction in addition to a classic car show, is one of two major fundraisers DSR hosts to benefit Riley each year. Due to COVID-19, DSR has been unable to hold the Open House since 2019, but the show must go on! For the second year in a row, DSR has moved its fundraising efforts online, and the 2021 campaign has proven to be a tremendous success.

“I’m always so blown away by the way the NHRA community steps up and gets involved in our Riley auction each year,” said Don Schumacher. “I’d like to extend my sincerest ‘thanks’ to all that not only contributed items, but to everyone that bid on items as well. We’re proud to have been able to partner with Riley Hospital for Children for more than 15 years now, and we look forward to continuing that tradition for years to come.”

“The longtime support of Don Schumacher Racing and everyone in the NHRA means the world to us – especially this year, when COVID is creating new challenges for Riley families and the Riley team,” said Liz Elkas, president and CEO of Riley Children’s Foundation. “The dollars raised will help Riley deliver the very best care to kids who are sick, injured and facing long-term health challenges. Don Schumacher is the ultimate class act, and we are immensely grateful to him and his team.”

This year’s online auction included an array of autographed racing memorabilia and several experiential packages. A chance to sit in a nitro car during a warm-up, a VIP NHRA ticket package, and an autographed diecast car were among the most popular big-ticket items. The virtual campaign also included a ‘dollar-per-vote’ contest where fans can select their favorite DSR driver for a one dollar donation. While the auction has since closed, the vote-for-driver contest is still live, and the GiveSmart site still has a handful of ‘Buy Now’ items up for grabs. The site and voting contest will close on Thursday, September 9th at 8:00 a.m. ET. As always, DSR welcomes monetary donations throughout the year. Interested supporters can contact DSR.