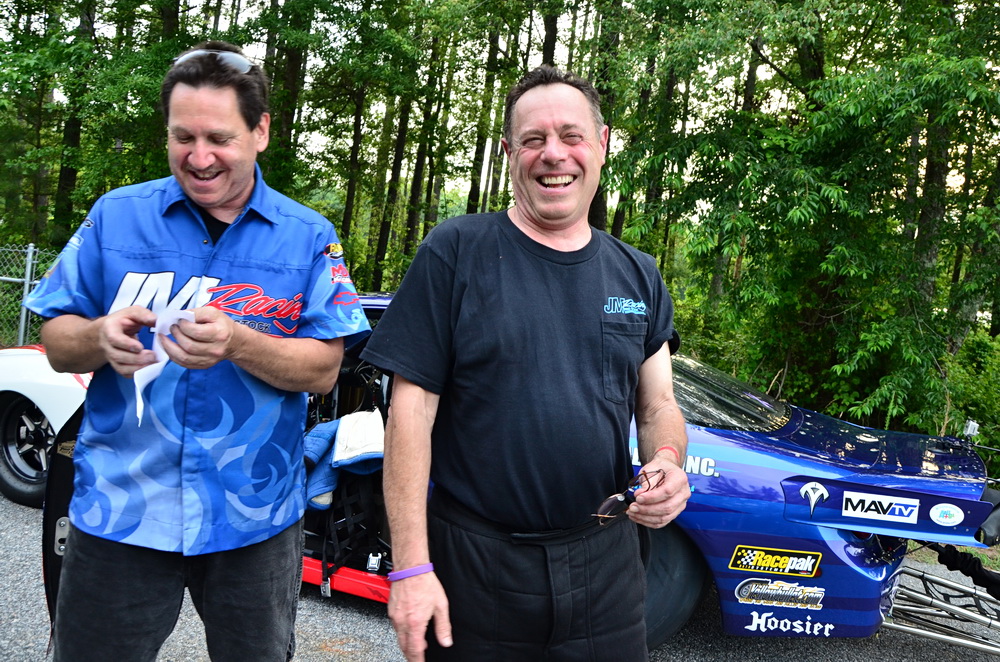 At this past weekend’s IHRA Nitro Jam Southern Nationals, John Montecalvo looked every bit the champion he was in 2009 when he won the IHRA Pro Stock Championship. He and his crew, led by famed tuner Tommy Lee, topped the U.S. Bounty Hunters Pro Stock field from start to finish. Montecalvo’s characteristic red, white and blue Camaro was fastest for the class in every lap down the track, scoring the number one qualifying position and taking the team to their first win of the season.

“It was picture perfect from start to finish,” Montecalvo said of the Southern Nationals. “It was a great weekend with us qualifying number one and winning the race. We were the fastest car every time we went down the track.”

Montecalvo’s 6.303 time during the first round of qualifying that put him atop the leaderboard. He improved to a 6.288 in round two and that would be enough to hold him in the number one spot for the remainder of qualifying.

In round one, Montecalvo’s 6.356 defeated John DeFlorian’s 6.477. The Camaro could have been set on a dial-in for round two as it ran within a thousandth of his first round time (6.357) to best Cale Aronson’s 6.398. The final round paired Montecalvo with good friend Trevor Eman. Montecalvo was set for quickest pass of eliminations with a 6.318 and easily pulled away for the win as Eman ran into trouble and was forced to abort the run.

“First round we had John Deflorian,” Monte said, recapping eliminations. “I like him a lot, but only one John could win the race and I wanted it to be me. Second round we had Cale and that’s always fun because we have a good friendly rivalry going between us. Obviously, I beat him on that. Third round was our friends from Aruba. If we won we got the trophy; if we lost we got to celebrate with the team and have a little Aruba juice. It was a win-win. Of course, we wanted the trophy. It was more important than the Aruba juice. We ran fast on that one. We couldn’t have had a better weekend than what we had.”

The New Yorker’s incredible weekend allowed him to take over the points lead from reigning World Champ Cary Goforth. Montecalvo will go into the Palm Beach Nationals 19 points ahead of Goforth.

“We have a great team that really clicks and works well together,” Montecalvo added. “A big thank you goes to my crew: Tommy, William, Lois Anne, Jeff and Artie. Plus, we’ve got a really fast car. I want to thank Sonny’s Racing Engines as well. The goal now is to keep the momentum going into the next race.”