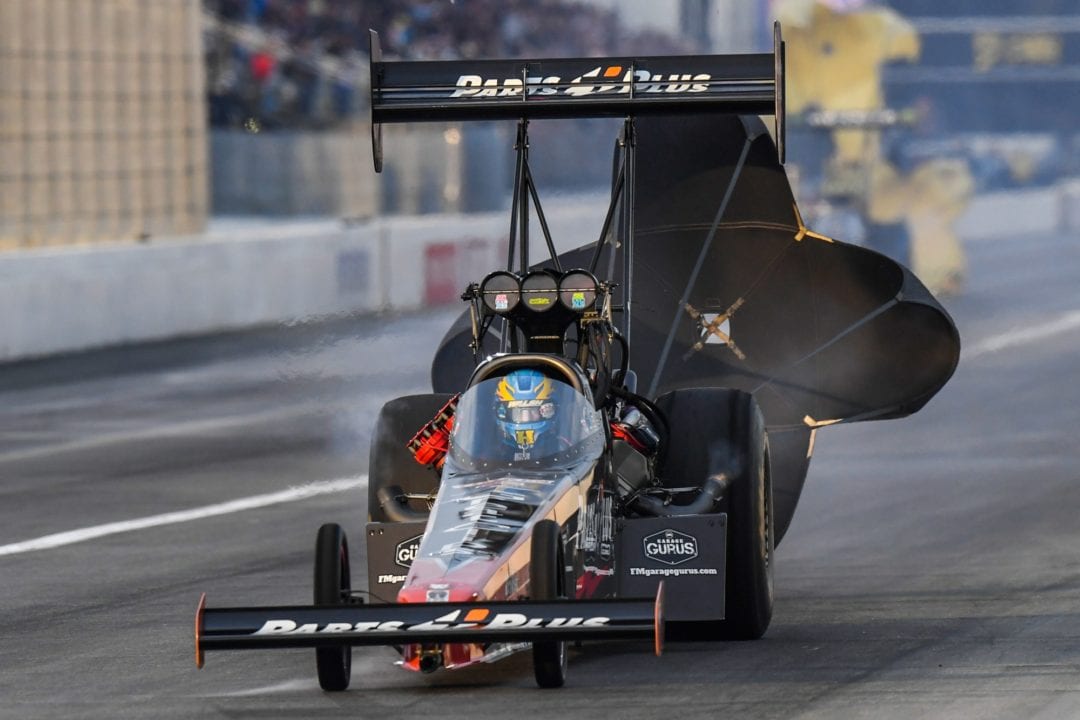 Clay Millican powered to the Top Fuel No. 1 qualifying position with a national elapsed time record of 3.628-seconds at 322.04 mph in his Great Clips/Parts Plus dragster at the 58th annual Lucas Oil NHRA Winternationals presented by ProtectTheHarvest.com at Auto Club Raceway at Pomona.

Matt Hagan (Funny Car) and Vincent Nobile (Pro Stock) are also No. 1 qualifiers in their respective categories at the first of 24 events on the 2018 NHRA Mello Yello Drag Racing Series schedule.

Millican stands atop the Top Fuel category after setting the record, breaking his record of 3.631 seconds set in St. Louis last year. After tallying a career-best five No. 1 qualifiers in 2017, he locked down his first of the season and the 11th in his career.

“My crew chief David Grubnic runs this car differently than anybody else out here and he is just one of a kind,” Millican said. “I knew it was a special run at the 330-foot mark, and I even shut the car off a bit early so we know we can improve upon those numbers at some point.”

Millican will face Steve Chrisman on Sunday in the first round of eliminations. The defending Top Fuel world champion Brittany Force qualified second after running 3.675 at 322.04 in her Monster Energy dragster and faces Terry Haddock. Steve Torrence narrowly ended up third following his 3.676 at 329.83 run and will match up with Steve Faria.

Hagan paces the Funny Car category with a run of 3.822 at a track record 336.32 in his Mopar Express Lane Dodge Charger R/T recorded during his second lap of the day. After securing four top qualifying positions last year, Hagan notched the 31st of his career at the season-opener. 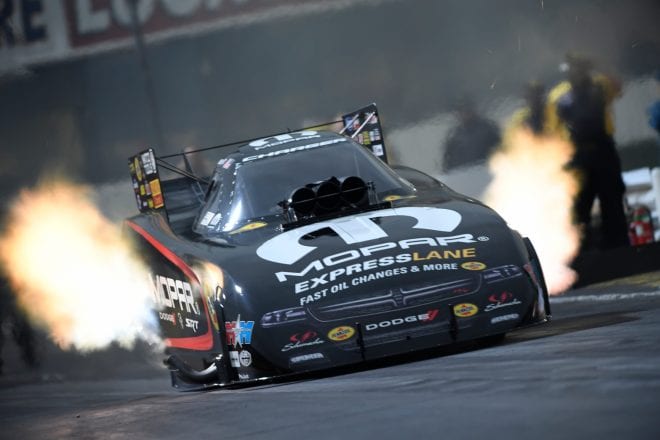 “I can’t say enough about Dickie Venables (crew chief), he’s worth his weight in gold,” Hagan said. “My team does what it has to in order to make those big numbers pop up on the board, and it shows how smart these crew chiefs really are.”

Hagan will race Jim Campbell in a first round match-up. Defending Funny Car world champion Robert Hight is second after running a 3.850 at 334.24 in his Auto Club of Southern California Chevrolet Camaro and will race Jeff Diehl.

In Pro Stock, Nobile took over the top spot after driving to a 6.529 at 210.41 run in his Mountain View Tire Chevy Camaro during the first qualifying pass of the day. He locked in his eighth career top qualifying position, his first since Reading in 2016, and races Alan Prusiensky in the first round of eliminations. 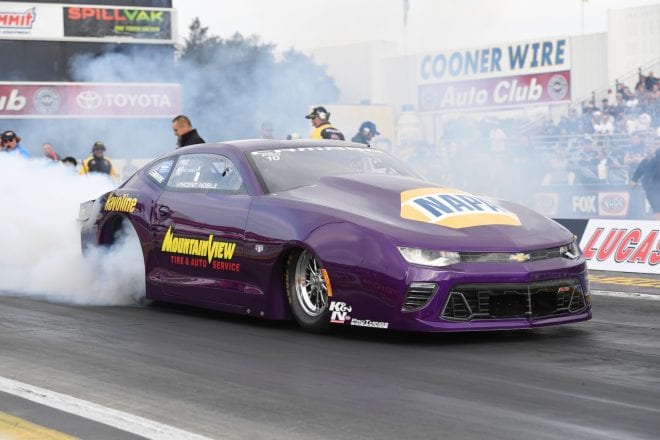 “I feel on top of the world, especially after taking off a couple of races at the end of last season,” Nobile said. “I’ve got a great car and a great group of people behind me, this team put in a ton of work over the winter and we definitely made a few improvements to our engine and we have to keep moving forward.”

Drew Skillman qualified second with a 6.547 lap at 210.54 in his Ray Skillman Chevrolet Camaro, and Greg Anderson rounds out the top three with his run of 6.554 at 211.00, the top speed in the class during qualifying.