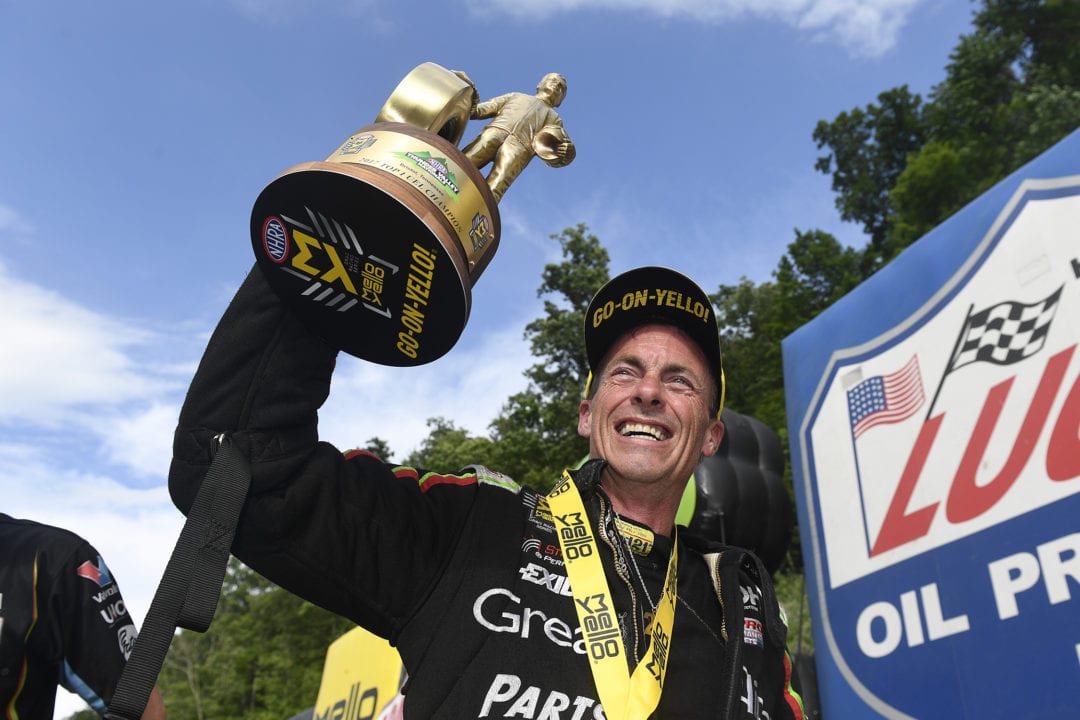 Ron Capps (Funny Car) and Alex Laughlin (Pro Stock) were also winners in their respective categories at the 11th event of 24 on the NHRA Mello Yello Drag Racing Series schedule. 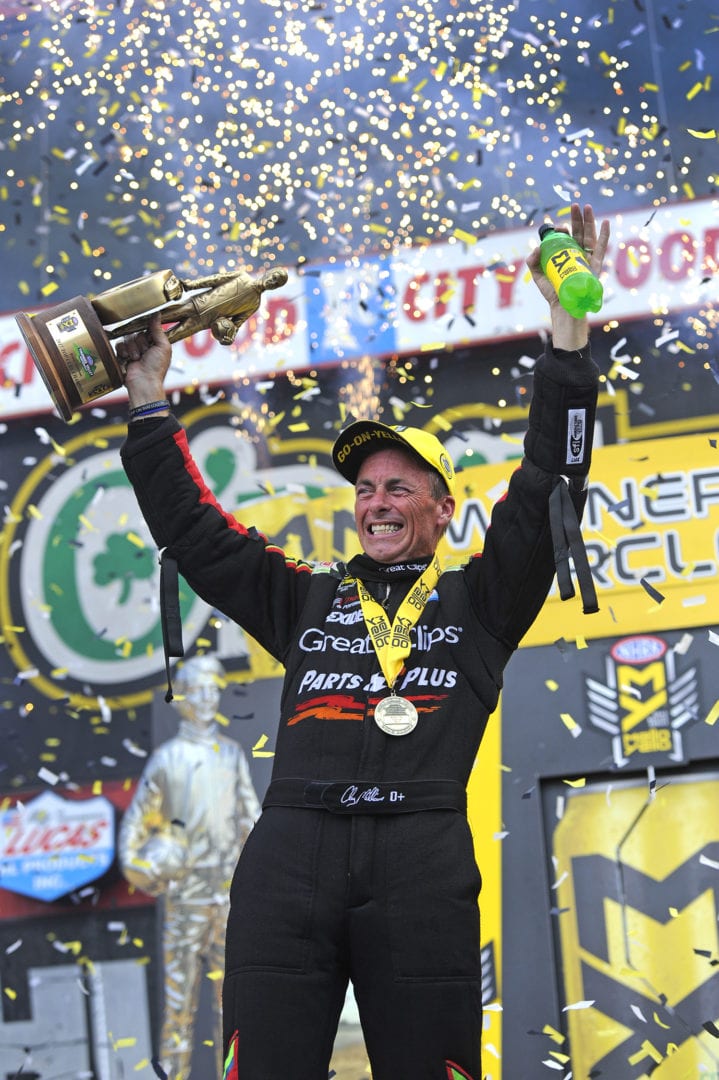 “I love what I do,” Millican said. “There were times I ever wondered if this was going to happen. I don’t deserve this credit. I’m really happy for David Grubnic and all of the boys who work on this car and I mean that one-hundred percent.”

Millican battled past Kyle Wurtzel, Brittany Force and Steve Torrence en route to the finals. Pritchett squared up against Troy Coughlin Jr., Scott Palmer and Shawn Langdon before falling to Millican in the final round. Millican is seventh in points while Pritchett moved from third to second with the runner-up finish. Torrence now has possession of the Top Fuel points lead.

Defending Funny Car world champion Capps raced to his fifth victory this season and 55th of his career in the NAPA Auto Parts Dodge Charger R/T. He won on a holeshot against Don Schumacher Racing teammate Jack Beckman in his Infinite Hero Foundation Dodge Charger R/T with a pass of 4.054 at 317.05.

“We’ve gotten a few lucky rounds, but it’s been preparation in the off season,” Capps stated. “We had runs on Sunday against four of the toughest cars, drivers and crew chiefs combined. You read down the list of people we had to beat in a new car that was prepared. There are not very many teams that are that prepared to pull a car out and have a quicker set-up than we were.”

Capps ties John Force with most Funny Car victories at Bristol Dragway with four apiece on their resume.

Before entering the final round, Capps defeated Alexis DeJoria, Robert Hight and teammate Matt Hagan. Beckman sailed past Cruz Pedregon, Courtney Force and teammate Tommy Johnson Jr. before seeing Capps for the second consecutive final round. Beckman defeated Capps in the finals at the event in Englishtown.

In Pro Stock, Laughlin clinched his first Wally of the season and second of his career with a perfect reaction time in the finals. He powered his Gas Monkey Energy Chevrolet Camaro to a 6.718 at 205.04 to defeat Bo Butner in his Jim Butner’s Auto Chevy Camaro. Laughlin is the eighth different Pro Stock winner this season.

“We didn’t really have anything handed to us; we had some good matchups all day,” Laughlin stated. “I definitely feel like I had a point to prove. We have a competitive car on the starting line. I came into this weekend with the confidence to win.” 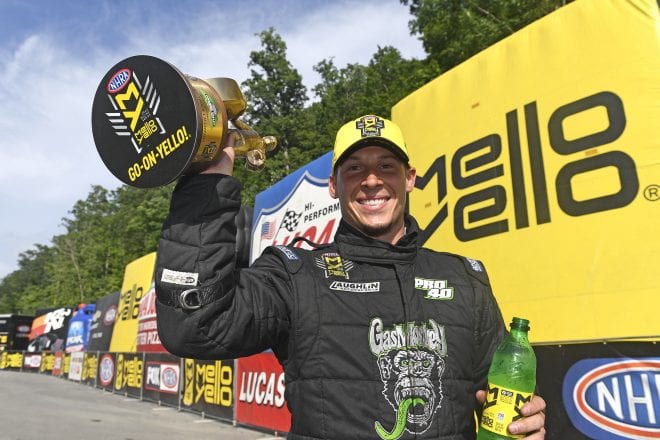 Laughlin raced past Alan Johnson, No. 1 qualifier Jeg Coughlin and rookie Tanner Gray before facing Butner in the final round. Butner lined up against Wally Stroupe and two-time world champion Erica Enders en route to his fourth final round appearance this season.