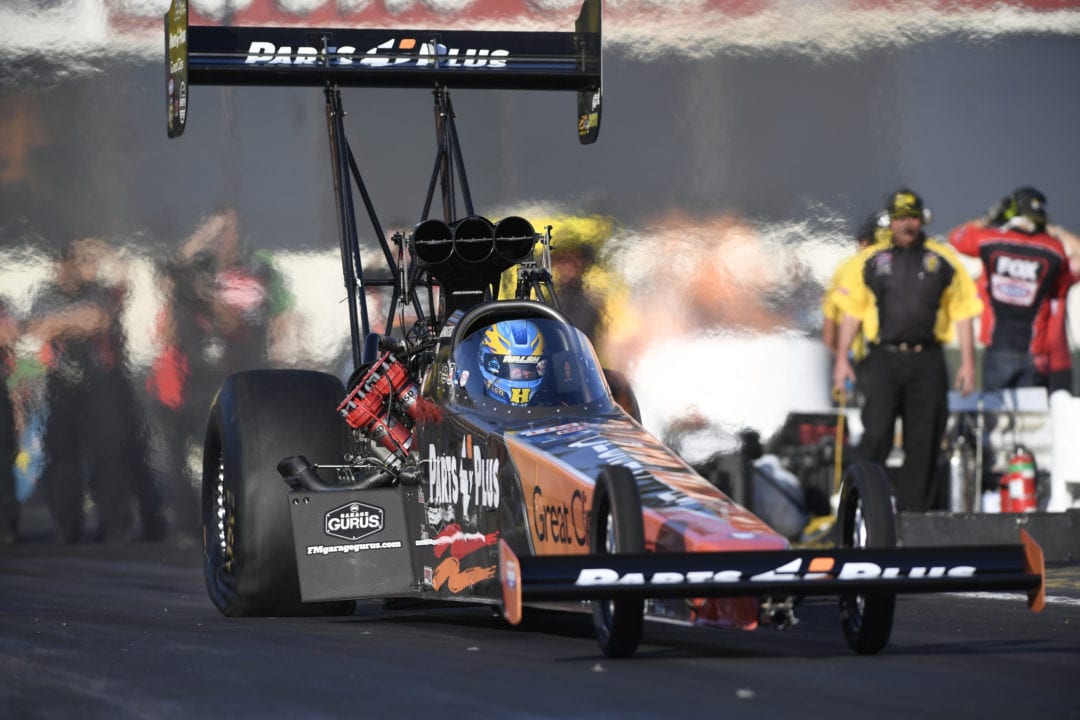 Beckman leads the Funny Car category with a run of 3.860 seconds at 332.84 mph recorded during his second pass of the day. He’s chasing the top position at the season-opener after wrapping up 2017 with a stretch of two consecutive No. 1 qualifiers. 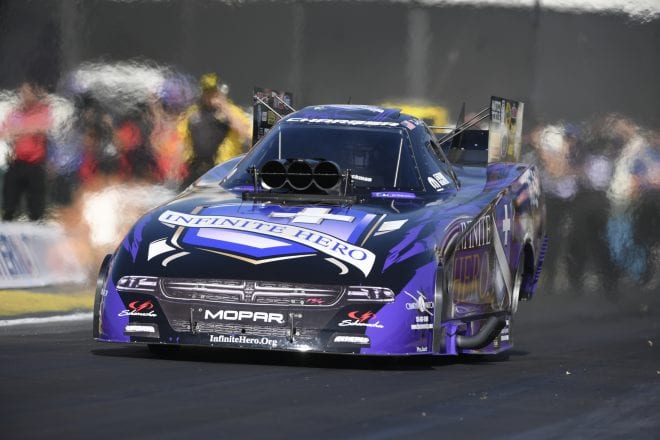 “I was extremely confident heading into this season because we had put the six-disc clutch in the car last year and then we went to Phoenix for testing and we went zero-for-seven on our runs,” Beckman said. “We stayed there Sunday, working through Super Bowl Sunday and today’s the result of that work.”

Defending Funny Car world champion Robert Hight sits fourth currently after a 3.889 at 332.59 in his Auto Club of Southern California Chevy Camaro during his first run of 2018, while last year’s Winternationals winner Matt Hagan is second following his 3.877 at 329.99.

Millican leads the Top Fuel category with a run of 3.694 at 327.74 in his Great Clips/Parts Plus dragster posted during the second qualifying session. After earning a career-best five No. 1 qualifiers in 2017, he is looking for his first of the season when he hits the track on Saturday.

“I really did not expect us to run a 3.69 because we had not made a full run in testing, but David Grubnic (crew chief) doesn’t mess around and he always gives us a good race car,” Millican said. “We were fantastic at testing last year but struggled in Pomona, so we planned on reversing those roles this season and that run today makes it seem like we may be able to do that.”

2017 Top Fuel world champion Brittany Force struggled to a 5.453 at 118.44 in her Monster Energy dragster as she currently sits in 13th, while last year’s Winternationals winner Leah Pritchett is seventh with a 3.783 at 328.62.

In Pro Stock, Skillman currently holds the top spot after driving to a 6.569 at 210.37 in his Ray Skillman Chevrolet Camaro in the first qualifying pass of the day. He is aiming to lock down his first No. 1 qualifying position of the season after securing two in 2017. 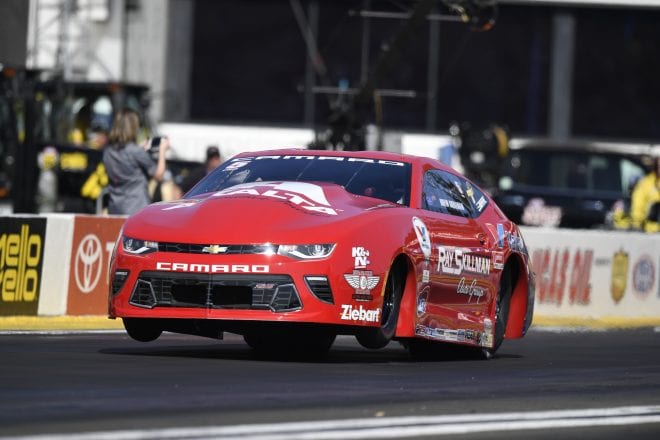 “Our first run was really strong, but we know we can still improve on the numbers we put up,” Skillman said. “I think everyone is a little off still, but tomorrow it’ll be cooler and everyone will run better so we will have to step up again then.”

Last year’s Pro Stock champion Bo Butner sits in the 11th spot after a 6.631 run at 208.71 in his Jim Butner’s Auto Chevrolet Camaro, while teammate and 2017 Winternationals winner Jason Line will enter Saturday seventh in the qualifying order following his pass of 6.603 at 208.39.

Qualifying continues at 12:15 p.m. on Saturday.