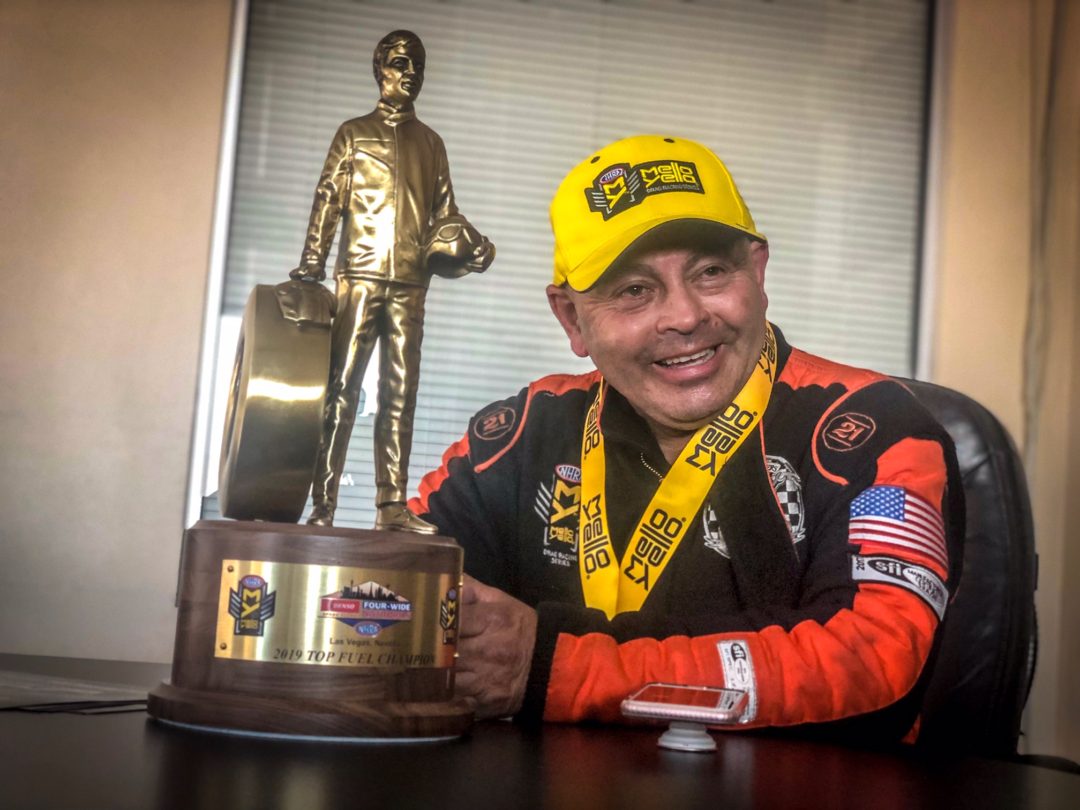 LAS VEGAS — The dream is now reality for Mike Salinas.

But Salinas was first off the line and finished off his dream weekend with an impressive 3.801-second run at 330.39 mph in his Scrappers Racing dragster, earning his first trip to the winner’s circle in the process.

“This feels great. It’s my first win ever in motorsports, so it’s really cool and means a lot,” said Salinas, who jumped to second in Top Fuel points. “We’ve built something. The important thing for me is I’ve got four daughters in or coming into the sport. Now we have a good bar for them to reach and meet. It’s going to be a great thing. NHRA has been amazing with us and it’s pretty awesome. It’s pretty surreal to be honest with you.”

Salinas had been building to this moment since putting together an all-star team in the off-season. With Brian Husen as crew chief, Alan Johnson as tuning advisor and Arron Cave as assistant crew chief, Salinas was determined to win and it took just four races in the 2019 NHRA season to do it.

“I expected to win Pomona,” Salinas said. “I have a different mindset. Everything I do is in a strategic way. I’m a goal-achiever and I’ve got this gorilla off my back, and now we can go have fun and win more races.” 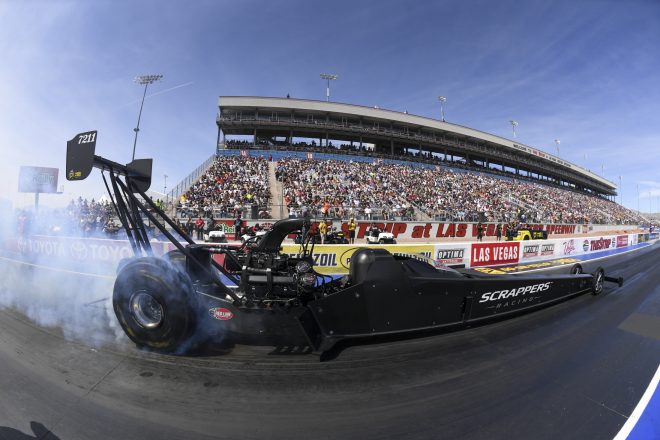 Salinas ran well in Pomona, advancing to the semifinals, but the team ran into car trouble in Phoenix and Gainesville, causing them to tear the car apart to find the problem.

Salinas was confident they achieved that goal and they proved it immediately in Vegas, taking the No. 1 qualifying spot on Friday with a weekend-best blast of 3.705 at 328.46. That put Salinas on top and he never left the perch, starting Sunday’s eliminations by winning his first quad with an impressive pass of 3.747 at 328.86.

He followed that with a 3.769 at 325.45 to win the second quad and advance to the final round, where Salinas posted a strong wire-to-wire victory thanks to a .041 reaction time in a clutch situation.

“I’ve been all over the place this week. (Assistant crew chief) Arron (Cave) made an adjustment on my gas pedal, and it was good,” Salinas said. “Alan is giving me a car that is consistent, it’s going down the track and to be honest with you, it’s getting easier to drive. I’m very calm, I’m very relaxed. He’s able to adjust around me, so that’s what is really nice. And he’s badass, he really is. He’s amazingly good, so I’m pretty lucky to be part of it. It’s been a good journey.”

Salinas, who advanced to his second career final round, admitted it was important to stay in the moment this weekend and his focus level was apparent in crunch time. That’s been an area of concentration, while his relationship with the likes of Johnson, who has a multitude of championships to his credit, continues to reach new levels.

“This car is prepared right and it’s amazing to watch them work,” Salinas said.

It was a brilliant and perfect capper to a family-filled weekend for Salinas. He watched his daughter Jianna make a career-best pass in Pro Stock Motorcycle, while Jasmine advanced to the semifinals in Top Alcohol Dragster. It’s the second national event for both and Salinas is excited for their future.

On Sunday, it was his turn to shine but he knows their time is coming.

Salinas returns to action next weekend for the fifth of 24 races during the 2019 NHRA season at the NHRA SpringNationals at Houston Raceway Park. 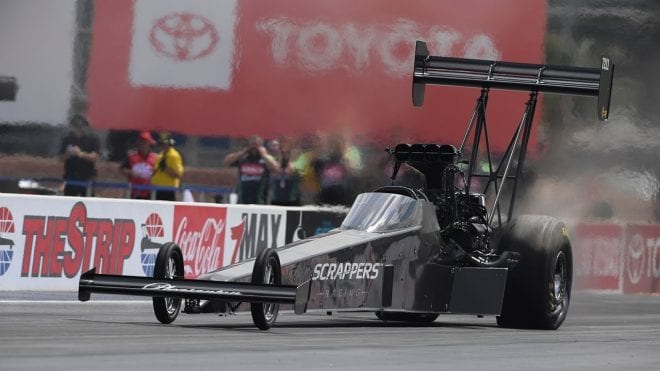