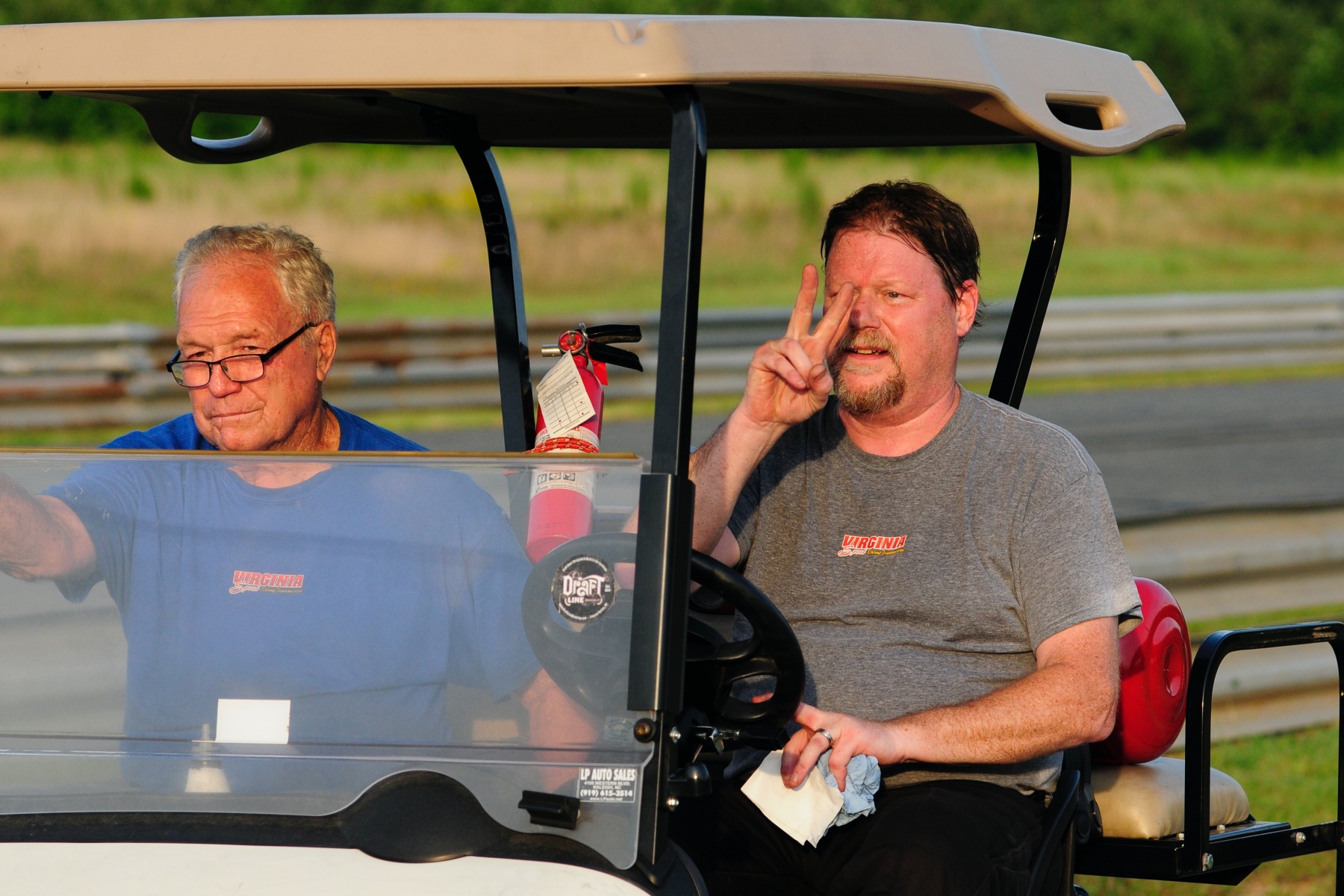 For all those people who follow the Big Dog Shootout at historic Piedmont Dragway, the typical wisdom would have been to think that Brian Shrader, newly crowned champ of 2022, or Jason Harris, would be the odds-on favorites to win the season-ending event. But with this group, you can throw typical wisdom out the window.

Heading into the race, being held on October 8 because of a weather cancellation in July, Shrader needed only to qualify and the points title was his. After trying to make two different cars work for Harris, the Jack Gaddy Some Time Racing group threw all they had at the final only to lose to the eventual winner, Mike Graham, in the first round.

How close was it, you ask? Just check out the qualifying order. Low was Travis Harvey in the Jeff Miller-tuned, Vaughn Myles-owned Corvette that had improved every pass since it hit the track. His time of 3.800 at 197.84 gave everyone something to shoot at. Second was Barry Mitchell in the Ty and Todd Tutterow-tuned “Cuda Time” Barracuda at 3.807 at 197.49. Third was newly crowned season champ Shrader in the Robert Hayes-built, Gene Fulton-powered Corvette. Fourth was Graham in the Chevelle formerly owned by Russell Miller. This beautiful ’69 Chevelle blower car, with trans from Mike’s own Virginia Speed Shop, ran a great 3.810 at 193.71. More on this in a moment. 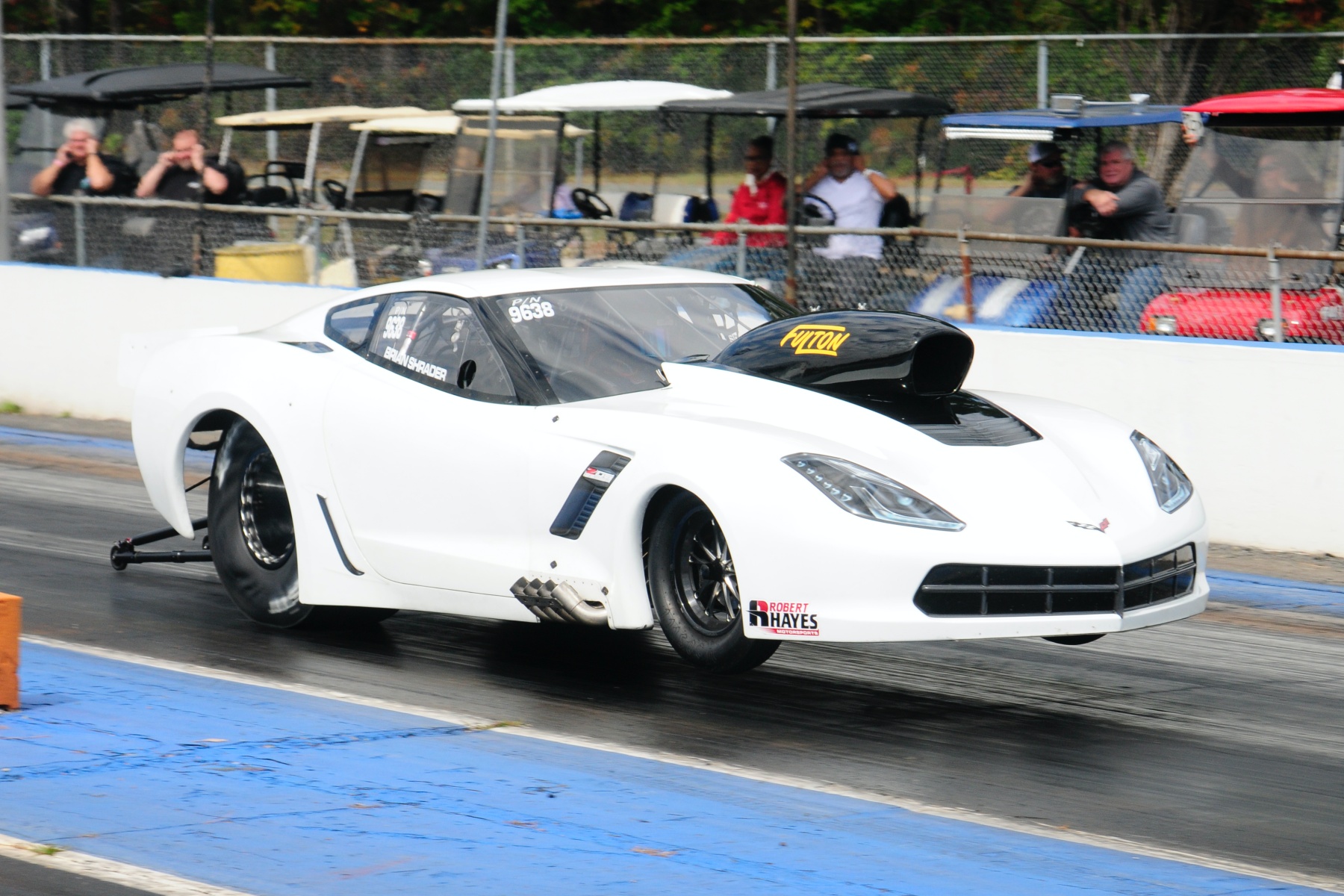 Fifth went to Harris and the beautiful Camaro, formerly driven by Billy Albert, settling into a 3.818 at 196.76. Sixth was Robbie Keziah, with tuning help from Hall of Fame member Tommy Mauney at 3.825 at 198.06. Seventh was the Lil’ Red Corvette, driven by Chevy Floyd, fresh off winning the 4.50 Mad Dawg points title at Farmington Dragway at 3.897 at 188.56. Rounding the eight qualifiers was the other Some Time Racing entry of Rocky “the Batman” Raynor. The Corvette being a ProCharger entry originally built by Robert Hayes for Harris.

Unfortunately, Tim Lawrence made the trip from Princeton, West Virginia, to settle in at a 4.17 ET, just missing the show. Wow, what a qualified field this was. A far cry from the four cars at the opening event in April.

Graham led off the first round by defeating Harris, 3.801 to a 3.85. Shrader ran a 3.791 to defeat a shaking Keziah. In a battle of two blower cars, Mitchell defeated Floyd when Chevy had to let up deep into the run. Then Harvey defeated the Corvette of Raynor. This was the round that made certain that Shrader and crew were the 2022 points champs. Congratulations to all of you.

Next round was just as exciting as Harvey used a .004 light to try and defeat the Chevelle, only to cross up and lift, putting Graham in his first Big Dog final running a 3.791,in the process. “Cuda Time” defeated Shrader, running a 3.881 when the Corvette of Shrader got crossed up. This set up the final, with Graham winning his very first Big Dog Shootout with a 3.801 at 193.96 to Mitchell’s 3.856 at 196.03.

For those of you wondering where the performance came from for Mike Graham’s first win, listen to this. In previous qualifying, the Graham Chevelle qualified at a 3.865 in May, a 3.940 in June, a 3.922 in August and a 3.889 in September. Definitely not a fluke. 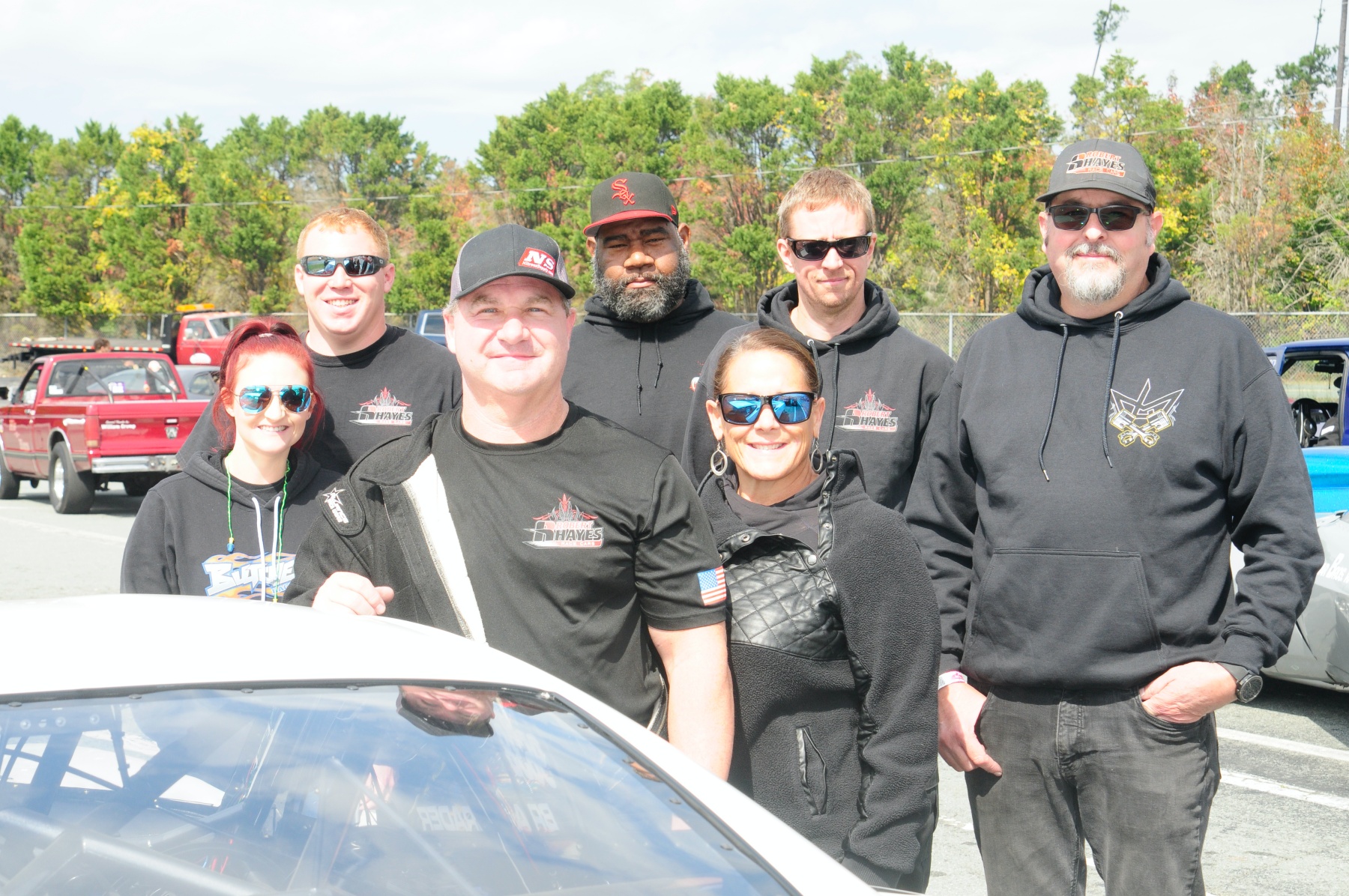 So, a hearty congratulations to our two winners of the day. Shrader wins the 2022 Big Dog championship and thanks his crew consisting of Dan Ferguson, Chuck Logan, Matt Renfro, and of course, fiancé, Erin Kraft, and chassis builder and crew chief, Robert Hayes. Graham becomes a first-time winner. See you all next season at “The DoorSlammer Capital of the World,” Piedmont Dragway. With that, the championship-winning Corvette is being disassembled totally for new paint and a fresh motor. The race-winning Chevelle is parked in its spot at Virginia Speed. See you all next season.