“I’m ecstatic,” said Decker, who credited Todd Tutterow for setting up the car with proven components. “We got into Pro Mod this year and didn’t know what to expect. We got the best of the business on the car. Last year, Todd asked to drive the car for Shakedown. We saw what he did with it then [a semifinal finish]. We put it on radials and we didn’t do much. We put it back on the big tires and I asked him to dial it back in. We knew we had the car dialed in, but we didn’t know what to expect with my driving. To win the second race back to back, we’re ecstatic.”

“Scriba is the guy we’re fighting for the championship,” Decker said. “He kicked my teeth in twice this year. I think we qualified against him twice and ran him in the third round. It was important to me to beat him every time we pulled up against him so when we do win that championship, we know we beat him to do it. He’s beat me twice already this year, in the final at the first race and again down at Budds Creek [last month]. That was the guy I knew we needed to beat. That was the race.”

Jensen qualified No. 2 in his turbocharged, small-block-powered Canvas Plus ’68 Camaro. The Pennsylvania racer moved on in the opening round with a 3.856 at 200.41 when opponent Matt Deitsch Jr. couldn’t make the call. Second-round opponent Mike Walker also had issues and couldn’t make the run, letting Jensen move on with a 5.577 at 87.53. A competition bye run followed in the semifinals, and Jensen slowed to a 6.644 at 74.44.

Along with earning the points and payday from NEOPMA, Decker also received a coveted NHRA “Wally” for winning the Pennsylvania Dutch Classic, which is an NHRA National Open. 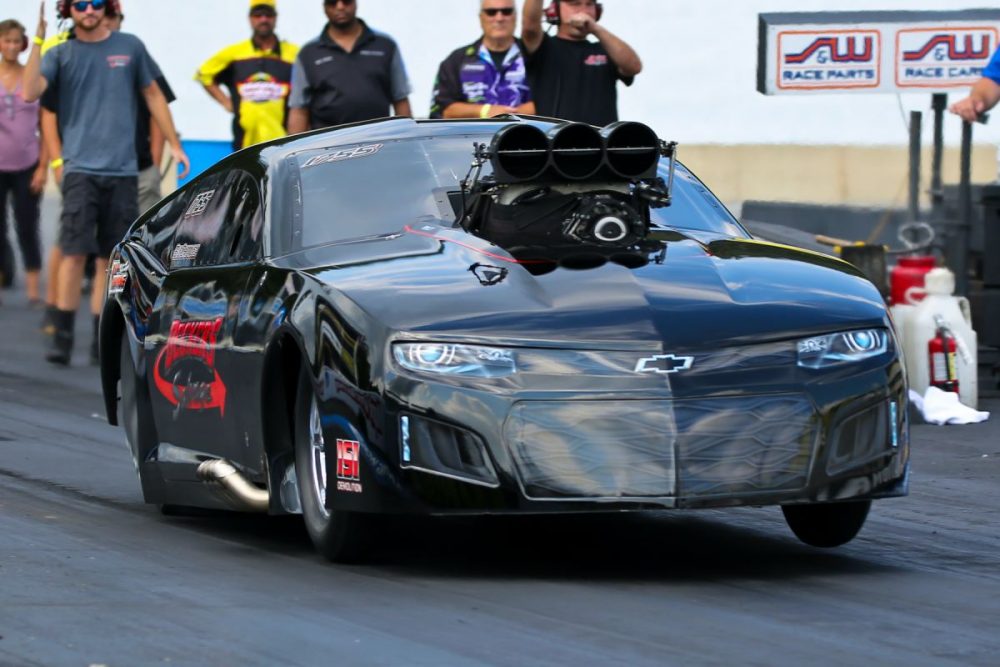 “When they gave me a Wally, it almost brought a little tear to my eye,” Decker said. “I wasn’t expecting to win a Wally. How often can you win a Wally? One other time we were in the hunt for one and we blew the engine up. It’s just thrilling to have that Wally to put on the shelf in my father’s office. Now we’re going to get to look at it every day when we get to work. It’s amazing. We’re very blessed.”

By defeating Scriba in the semifinals and going on to win the race, Decker stretched out his points lead going into the final race of the season.

It was a true family win for Decker, as his son, Mike “Hollywood” Decker III, was calling the shots based off Tutterow’s data and tutelage. The team’s patriarch, Mike Decker Sr., oversaw the operation.

“First of all, we’d like to thank the Lord for giving us a safe weekend and another good race,” Decker Sr. said. “And certainly, all our sponsors: ISI Demolition, NGK Spark Plugs, Wyo Motorsports, Ty-Drive, Gil Mobley Motorsports, Autofab Race Cars, and JKR Racing Products. We couldn’t do it without the people that help us.”

The 2021 NEOPMA season will conclude in two weeks at the 36th annual Superchargers Showdown, Oct. 1-3 at Maryland International Raceway in Budds Creek, Maryland.