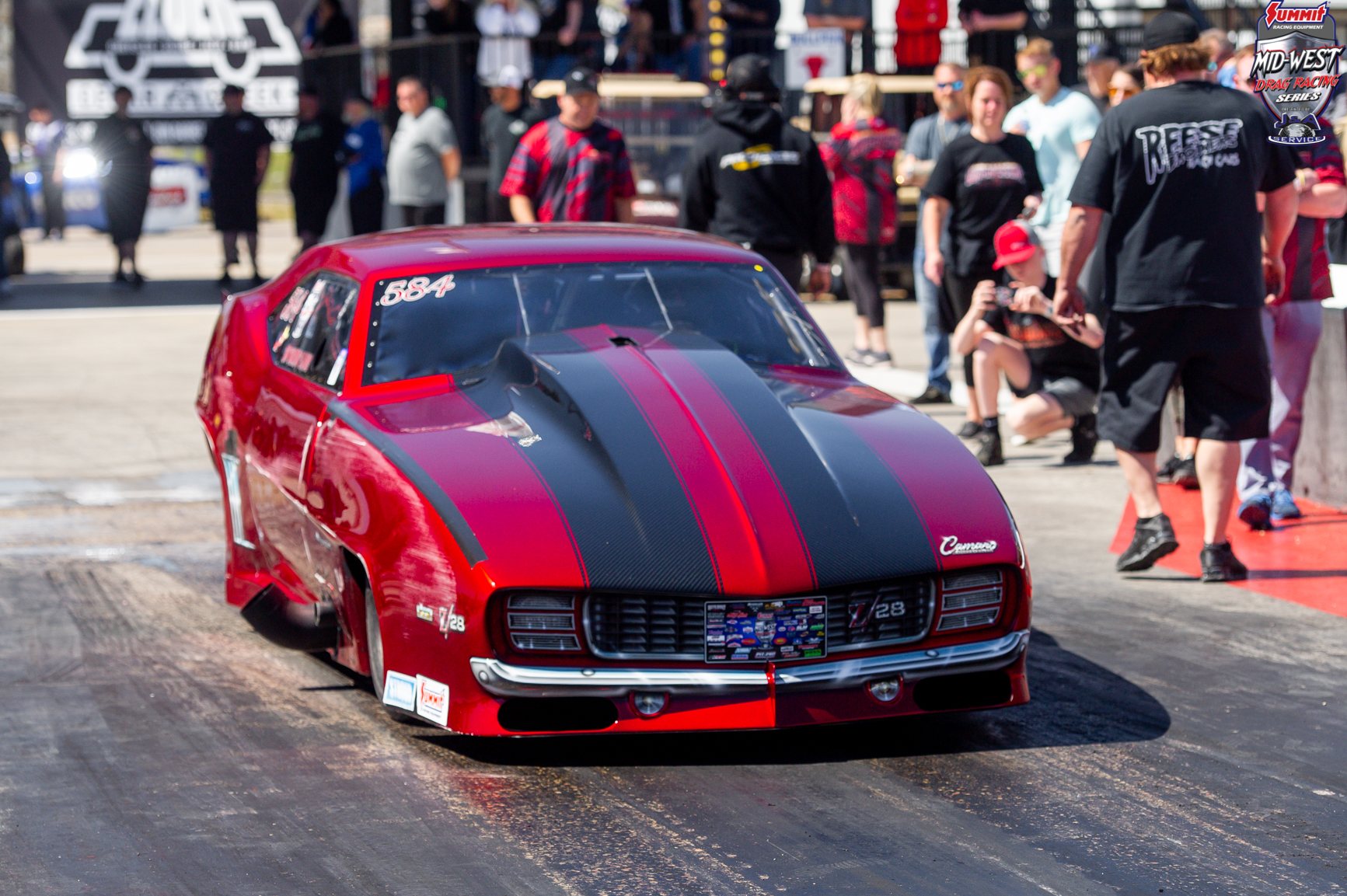 The Summit Racing Equipment Mid-West Drag Racing Series (MWDRS) presented by J&A Service is set to make one last mark at Memphis International Raceway this weekend, April 22-23, at the MWDRS Memphis Nationals during the 35th annual Memphis Chevy Show. The MWDRS, which last raced at Memphis in 2019, is one of the last touring series to compete at Memphis before the track is expected to close later this year.

“It’s pretty special that we get to put on one last show for the Memphis fans,” said Keith Haney, founder and owner, MWDRS. “This is a track with a rich history, especially in Pro Mod racing. The fans in the Memphis area are passionate about racing, and we’ve got an incredible show for them. Pro Mods, Top Alcohol Funny Cars, and even our new Top Fuel Motorcycle class. It’s going to be a can’t-miss weekend of racing.”

The MWDRS Memphis Nationals is a collaboration between MWDRS and Memphis International Raceway. The series is the headlining attraction at the long-running Memphis Chevy Show, which will also include a huge car show and bracket racing.

“When I was setting the schedule for the Memphis Chevy Show, it was a big deal for me to have Pro Mods,” said track manager Jeff Miles. “[MWDRS Event Marketing Director] Ellen Eschenbacher reached out about bringing in the MWDRS, and we got together with Keith to get it all set up. The closer the race got, the more I realized this is going to be a huge event. Then the opportunity to add the Top Fuel Motorcycles came up, and Bumpus Harley-Davidson came on board to sponsor that. It was a no-brainer.”

The competition level in Stroud Safety Pro Mod is at an all-time high. The MWDRS season opener in Texas hosted side-by-side racing in the high 3.50 to low 3.60-second range with multiple different power adder combinations in the mix.

“It’s unreal what we’re seeing in Pro Mod,” said Haney, who also races a nitrous-assisted Pro Mod Camaro with the series. “We had some incredibly close racing at Xtreme Raceway Park last month. We pride ourselves on providing a level playing field for all of our racers, and our competition department made some rules adjustments after the first race to make sure the competition is even tighter at Memphis and beyond.”

The MWDRS Memphis Nationals will also include J&A Service Top Alcohol Funny Car, where TAFC drivers from around the country compete for race wins and a MWDRS season championship.

“It’s been years since Funny Cars like this have raced at Memphis,” Haney said. “We added this class to our lineup in 2020, and it’s been a big draw for racers and fans. Fans love the Funny Cars, with their flip-up bodies and big, screaming, supercharged engines. It’s an exciting part of the show.”

Along with Pro Mod and Top Alcohol Funny Car, the MWDRS will welcome its newest class, Top Fuel Motorcycle presented by Pingel, to the event lineup. The Memphis Nationals is the first of three MWDRS races for the class, which features 1,500-horsepower, nitromethane-burning motorcycles.

“We’re really excited to bring the Top Fuel Motorcycles to the MWDRS and to Memphis this weekend,” Haney said. “This just shows that we’re always trying to evolve to put on a great show for the fans. These bikes are unlike anything you’ve ever seen. They’re going to fit right in here in the MWDRS.”

It all adds up to one giant show for the Memphis Chevy Show attendees.

“We already have trucks and trailers lining up and it’s only Monday,” Miles said. “It’s going to be a huge event.”

Memphis International Raceway will offer testing on Thursday from 4-10 p.m. and again on Friday from 10 a.m. until 4 p.m. Jr. Dragster time trials will start Friday at 5:30 p.m., with the first round of qualifying set to begin with Pro Mod at 6 p.m. Gates open Saturday at 10 a.m. for final qualifying at 11 a.m., followed by opening ceremonies and first round of eliminations at 4.

For more info on the MWDRS Memphis Nationals at Memphis International Raceway, visit www.MidWestDragRacingSeries.com or www.RaceMIR.com.