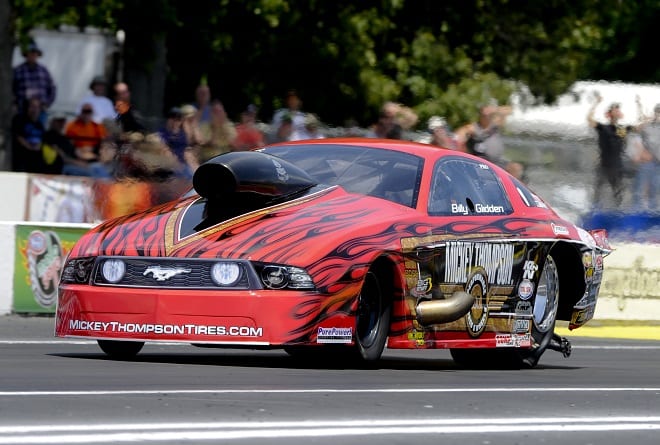 Mickey Thompson Tires & Wheels continues its support of NHRA drag racing in 2017 as a major event sponsor of the Mello Yello Drag Racing Series. The company will also continue its role as a contingency sponsor for all Sportsman racing classes, as well as Pro Mod and Pro Stock Motorcycle.

In addition to sponsoring champions Dan Fletcher and Luke Bogacki, the company plans to attend all national events with the fully-equipped Mickey Thompson trailer to provide trackside support to racers throughout the 2017 season.

The 2017 Mello Yello Drag Racing Series kicks off with the Winternationals, happening this weekend at the Auto Club Raceway in Pomona, Calif. The Regional series begins in Chandler, Ariz. Feb 24 and the Pro Mod series begins March 16 with the Gatornationals in Gainesville, Fla.

Mickey Thompson will also serve as a Divisional Level Associate Contingency Sponsor of the NHRA Lucas Oil Drag Racing Series in all Sportsman classes, and will support NHRA racers through the popular Team M/T program.