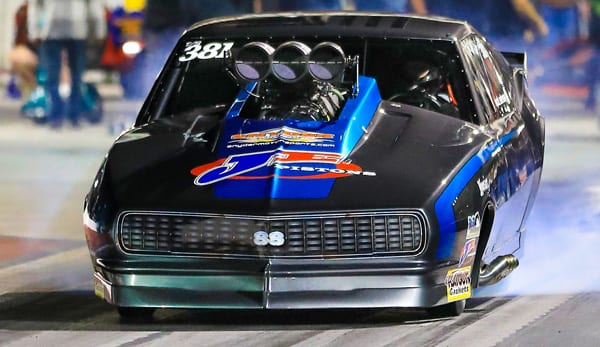 Mick Snyder has fond memories of racing at Bandimere Speedway, even if the lone trip to Thunder Mountain came two decades ago.

Snyder, J.R. Todd, the reigning NHRA Funny Car world champ, and Aaron Glaser all went on a road-trip together with Snyder’s family to the Jr. Dragster championships in the late 1990s. They all pitted together at the end of the track, providing a last memory at Bandimere Speedway.

Bringing his wife and children with him this time, Snyder is after a new memory as he races in Top Sportsman as part of next week’s Drag Illustrated World Series of Pro Mod presented by presented by J&A Service, Elite Motorsports, Big O Tires and benefiting One Cure in Denver.

The $10,000 prize for the winners of the MagnaFuel ProStar 16 and QuickStar 16 Shootouts presented by Menholt Auto Group in Top Dragster and Top Sportsman is a definite draw, but there was much more to Snyder’s decision to make the 11-hour trek to race his blown ’68 Camaro.

“I haven’t been there and this will be something different,” Snyder said. “Most of the races we usually go to are local, but this is something we canted to check out.

“It’s just exciting because it’s different and the challenge of the mountain is cool. It will be a fun race to go to. It’s all the stuff you look forward to at a race. You want it to be fun and exciting, and there’s publicity. It has everything and the family is excited.” 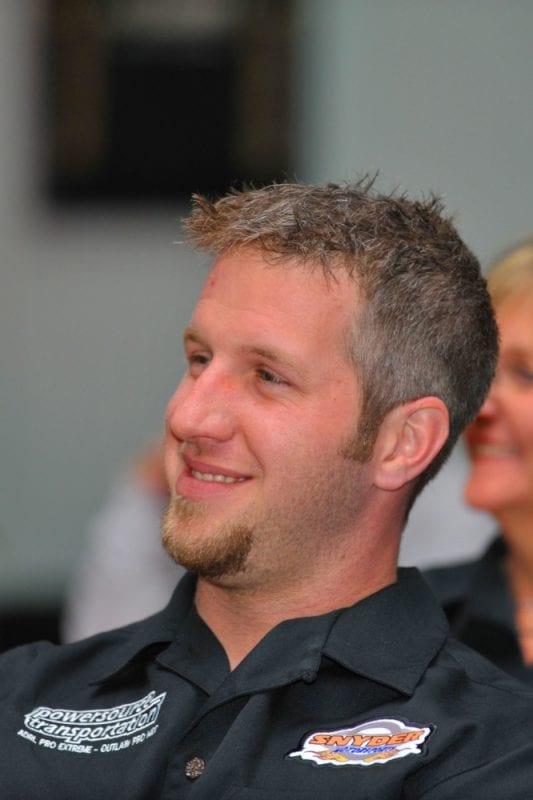 The opportunity to do something different has always been Snyder’s forte and it’s a mindset that has taken him down a number of exciting paths.

From winning championships in Top Alcohol Funny Car to the ADRL Pro Extreme class to a divisional Top Sportsman title, Snyder has dabbled in a little bit of everything – and done it well.

But a curious mind has always allowed him to pursue other avenues – like racing with a blower in Top Sportsman or making a decision to head to Denver to race at the WSOPM.

The one-off, winner-take-all nature of the race was appealing to Snyder, and he even hinted at trying to get his Pro Mod license on the mountain over the weekend.

But while there’s plenty of fun and games coming with the trip to Thunder Mountain, Snyder is also heading there with an Evolution Race Development ’68 Camaro capable of winning.

“The car has been running awesome until I try to screw it up,” Snyder said. “I changed some stuff after we won one of the heads-up races and it didn’t like anything. I changed everything back and it went right down the rack.”

Snyder debuted the Camaro in 2018, and already has a win and a finals appearance this year.

Now, he’ll try to get the car set up to run at an altitude of nearly 6,000 feet for the first time. But Snyder already has a few tinkering ideas in mind.

Snyder, though, is thoroughly entertained with the Top Sportsman class, which continues to thrive across the country.

With a $10,000 prize on the line, the field in Denver will be loaded with standouts in the class, but that’s what Snyder loves about Top Sportsman.

“There’s so many Top Sportsman racers out there and it’s so challenging,” Snyder said. “You have to cut a light and then drive to the other end. From a business perspective, there’s more Top Sportsman guys wanting to go faster and faster. We’re proving it’s possible with a blower, so that’s always good.

“But it’s just a cool class. It’s fun to drive and door cars are where it’s at. It’s what everyone wants.”