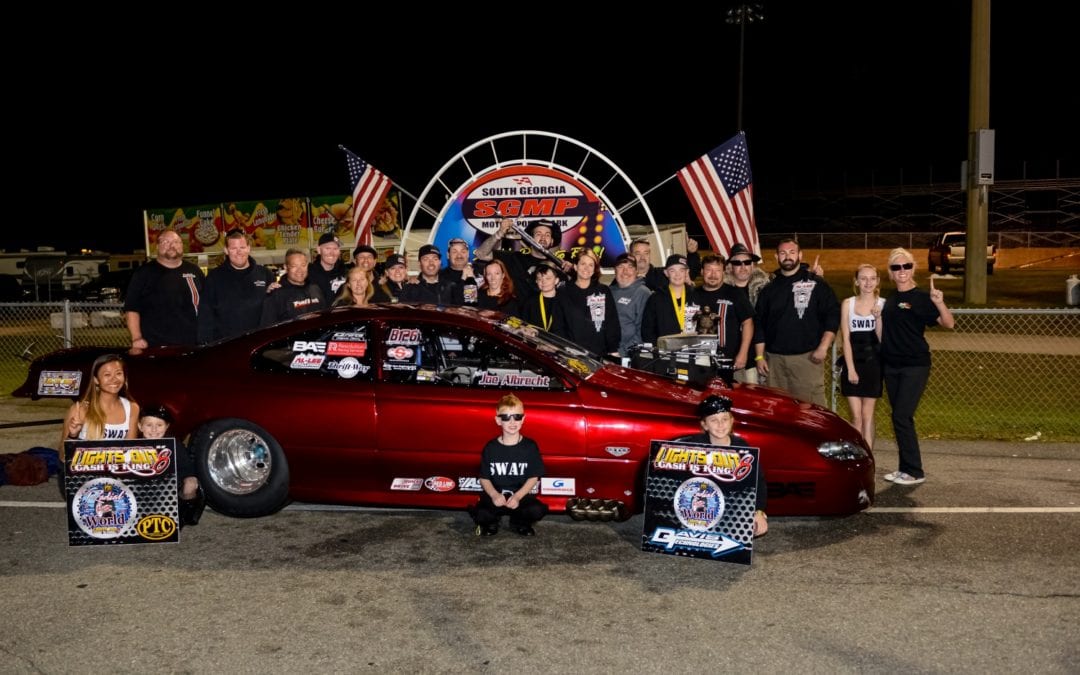 It’s hard to be the best, but Mark Menscer does his humble best.

“Yeah, something like that,” he said. “Just ridiculous numbers of world records. The X275 nitrous-assisted big block record, the Radial vs. the World record, the fastest legal pass on 275 tires record although we know other guys have been faster, but in competition, no one’s been that fast. It seemed every time I turned around, someone was going faster. There’s the Ultra Street world record…it was kind of an insane weekend, honestly.”

The goal of the team at Menscer Motorsports is to provide custom shock and suspension tuning solutions and performance racing parts to customers based on their specific needs, going above and beyond to meet customers’ expectations.  The company’s approach is data driven and based on information obtained through extensive on-track testing with some of the most demanding applications in drag and circle track racing.

Excellence isn’t hoped for at Menscer Motorsports; it’s expected. “We’ve come to expect that,” he said. “I’d say from the outside looking in, it looks like we have this deal on lockdown and we’ve got the fastest guys in the world running our stuff and that we’re a part of their program. But honestly, that’s what we expect to do. If we don’t do that, we’re pissed off when we come home…I was bummed when we didn’t sweep the deal.”

The confidence Menscer shows in his custom-built struts and shocks carries over to his customers, giving them not only the equipment to win, but the belief they can as well. But don’t let Mark hear you refer to them as just “customers.”

“My wife coined the (phrase) ‘We don’t get new customers, we gain new members of the family!’” he said. “We’re a part of everybody’s team. It’s crazy. As hypercompetitive as these teams have gotten, we can still maintain the crazy market share that we have. They might use a different converter or a different engine builder or a different transmission builder or whatever, but like 70 percent of the Radial competitors in the race run our shocks and use our advice and our information to tune their chassis.

We give everyone a hundred percent. That’s probably why we’ve been able to hang in there and keep that crazy market share.”

For more information on Menscer Motorsports, visit them on the Web at MenscerMotorsports.com or on their official Facebook page at Facebook.com/TheShockNerd.