Female Pro Mod standout Melanie Salemi and her Buffalo, New York-based team plan to set the stage once again as Salemi will debut the Eddie Whelan-owned, screw-blown Radial Vs. The World 2019 Camaro at the World Street Nationals in Orlando, Florida, Nov. 7-10, 2019.

Salemi will become the first female to aggressively campaign in the wildest class in doorslammer racing.

“I’m extremely excited for the awesome opportunity for my team brought forth by Eddie Whelan,” Salemi said. “We owe all of this effort to him and his Al-Lee Installations team. He continuously provides us the opportunity to have the best of the best. I don’t doubt that in due time this car is going to be at the top of the class”. 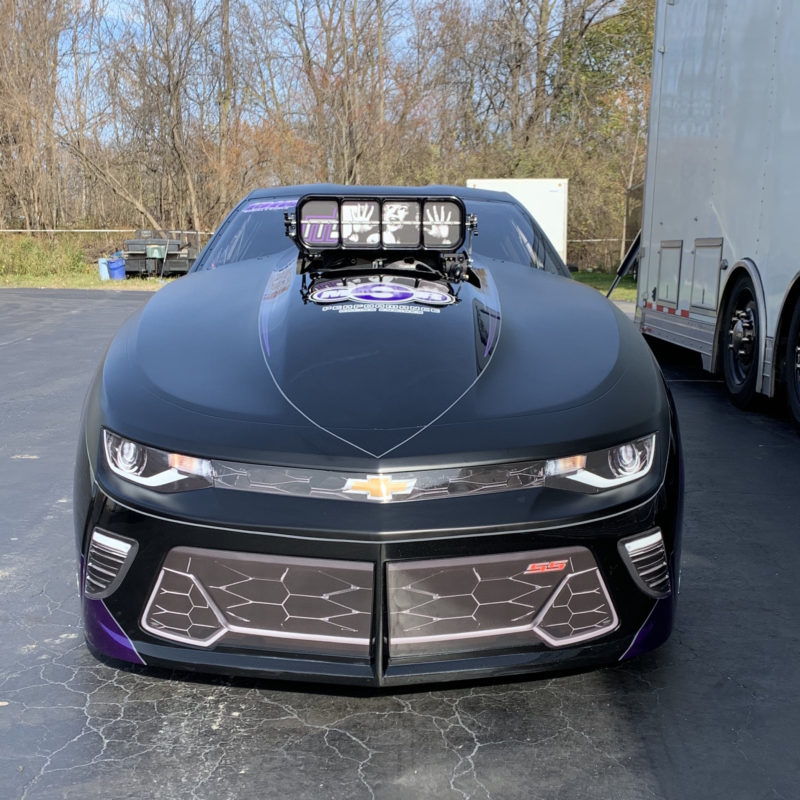 The Al-Lee Installations state of the art 2019 Camaro was built and assembled by Melanie’s brother-in-law, Jim Salemi of G-Force Race Cars. Power for the new ride will be a brand-new, C rotor screw-blown Hemi from Mike Stawicki, owner of MSR Performance Racing Engines. The engine will be backed by a 5-speed transmission from Liberty’s Gears coupled to a QuickDrive lock-up drive unit managed by a Neal Chance billet torque converter. The car will also feature the brand-new V2 Masterspline billet 11-inch rear end housing dressed in Strange Engineering brakes and hubs.

The popular ‘Purple Reign’ theme that the Melanie Salemi Motorsports team has been known for will be continued with the new Whelan-owned 2019 Camaro just with a slight twist.

“This is a versatile car,” Jon Salemi says. “You’ll see it on 315’s and you’ll possibly see it on big tires at some point, but for the next four months it will be strictly on 315’s. Needless to say we are pumped for the chance to go RvW racing with this new car and we have properly named this quest ‘1310 on 315’s!”