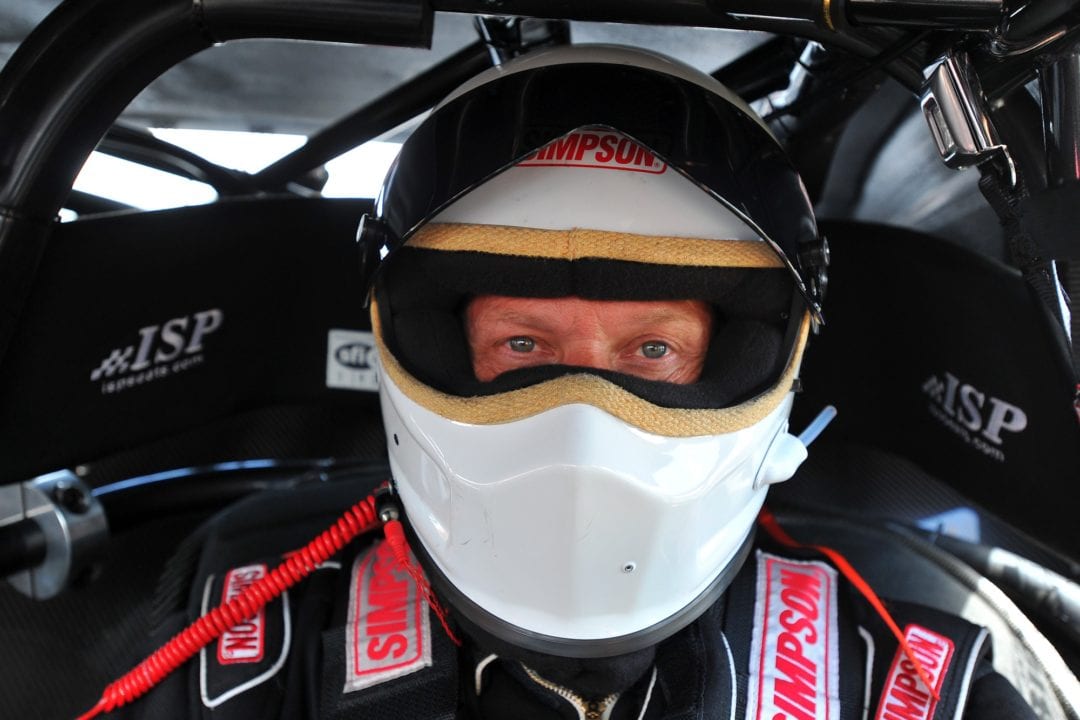 As the NHRA returns to St. Louis this weekend for the AAA NHRA Midwest Nationals, three-time Pro Stock Motorcycle champion Matt Smith, the defending winner here, stopped by Nitro Notes to discuss why the track, now called World Wide Technology Raceway, has been so good to him in the past.

Since his first victory at the facility in 2007 when he set the national speed record and took the points lead en route to his first-ever class title, St. Louis has been a bellwether to his overall success within that particular season. A three-time winner at the former Gateway International Raceway/Gateway Motorsports Park, Smith said he looks forward to returning every year. 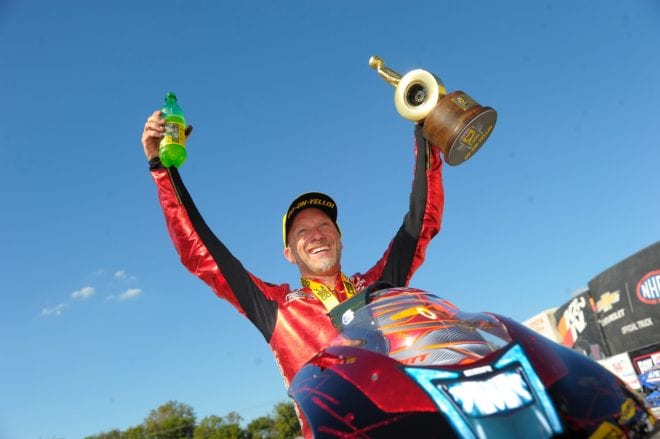 “We’re going to try to step that up and get the four-time this year,” he said. “Man, I just love this track. It’s always been a great facility for me. In ’07 when I came here, we won the race, we set the national record, and took the points lead. It seems like every time I do good here, I do good in the championship. I think we’ve got the bike to beat this weekend.”

In addition to being a championship PSM rider, the North Carolina native has been known to be a solid threat behind the wheel of a Pro Mod. Little surprise, that, being the son of legendary Pro Mod champion “Tricky” Rickie Smith.

While acknowledging his passion for motorcycle racing and engine building within that class, Smith said he’d welcome a return to the Pro Mod ranks.

“I’d love to be able to go and do that,” he said. “I just don’t have the money to go and purchase all the stuff. If there was ever a guy who owns all the stuff and they are competitive and needs a good driver, I’ve proven over the years that I can step in a car and be one of the fastest out there and let the button on the clutch go on time.

“Yeah, I’d love to be able to do it, but it’s just one of those things. I’ve invested my whole career in this Pro Stock Motorcycle and I really can’t put forth the money to do anything else. But I can go drive for somebody if they’re willing.”

Matt Smith is a fierce competitor on the track, regardless of what he’s racing. But, also like his dad, the younger Smith has never shied away from controversy. Earlier this year, he had a notable online back-and-forth with two-time US Nationals champion Steve Johnson regarding the differences between hobby racers and those who make their living within the sport. Smith said he’s let that go since it seemed to give Johnson more publicity for his cause than to further the point Smith was trying to make.

His argument regarding the Harley-Davidson team, however, is a different deal.

Smith has been one of the loudest voices in his campaign for parity within the PSM class, arguing that the Vance & Hines Screamin’ Eagle V-Twins ridden by Andrew Hines, Eddie Krawiec, and Angelle Sampey have long had an unfair advantage. One, he says, that’s protected by the sanctioning body.

“I say what’s on my mind,” said Smith. “I’m very vocal. A lot people don’t think I speak the truth all the time, but I do speak the truth on what I think is going on. And I want to help our class. I want our class to be successful, and I want parity in our class. That’s the biggest thing.

“(The Harley-Davidson team) gets so much money per year, they’re the only ones who can buy their stuff, they’re the only ones who can build their stuff, and nobody else can have that engine combination or what they can do,” he continued. “That’s the biggest thing that I’ve voiced my opinion on, why does Harley get to have everything? But NHRA keeps letting it happen and until they (don’t), they’ll probably keep on being the baddest motorcycles out here.

“I just want the fans to know what’s going on behind closed doors.”