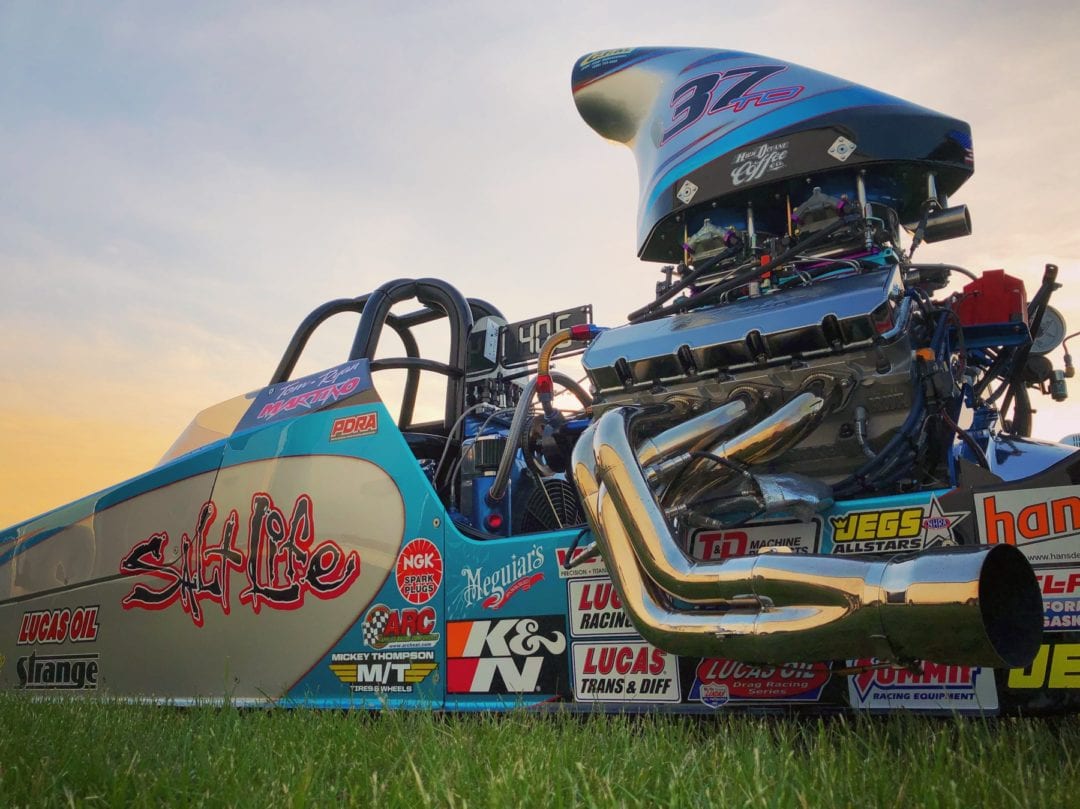 In sports history there are defining moments known as The Drive, The Shot, and even The Miracle on Ice. This past weekend veteran drag racer Tom Martino of Martino Motorsports battled through three tough rounds of qualifying and six intense rounds of competition to clinch the 2018 PDRA Lucas Oil Top Dragster 32 world championship and an event runner-up at the 2018 PDRA World Finals at Virginia Motorsports Park.

“Our 2018 season will be forever remembered as ‘The Journey’,” Martino said. “Heading into the PDRA World Finals, we sat fifth place in season point standings and knew that it was going to take a near-perfect effort to get to No. 1.  Due to a limited race budget in 2018, we were only able to compete in four of the PDRA’s eight scheduled events this season. After a semifinal appearance at the PDRA Summer Drags in June and final round appearances in each of the last three events on the PDRA season schedule, we were fortunate to cover enough ground to secure the world championship after a fourth round win Monday afternoon at the PDRA World Finals.”

“The PDRA World Finals could best be described as a survival of the fittest event with all of the curveballs and obstacles thrown in throughout the course of the five days we spent at Virginia Motorsports Park,” added Tom’s son and crew chief, Ryan. “It’s not often that we get to race on Mondays and have to deal with extreme cold weather conditions at the track. Hats off to the Franklin family and the always hardworking and dedicated staff at the PDRA for grabbing adversity by the horns and never giving up on the fans, our fellow racers, and most importantly the event.

“This is definitely an experience we will never forget. It felt like the 12th round of a highly contested boxing match going into our fourth round of competition with 17 points separating us from the point leader, Angela Gantkowski. We relied on our game plan, had faith in our race program, dug deep, and got the job done,” Ryan said.

“It doesn’t matter your age, sex, race, or background; PDRA has the best drivers and race teams on the planet,” Tom said. “We made a lot of friends in 2018, all of whom we look forward to competing with once again in 2019! Everyone treated us like family and were 110% professional and sportsmanlike throughout the year, even when the tension was strong and championships were on the line the last couple of events. That says a lot about the PDRA and the family fun forum they bring to the table.  We strongly encourage our fans and fellow racers to join us on the PDRA Tour next season!”