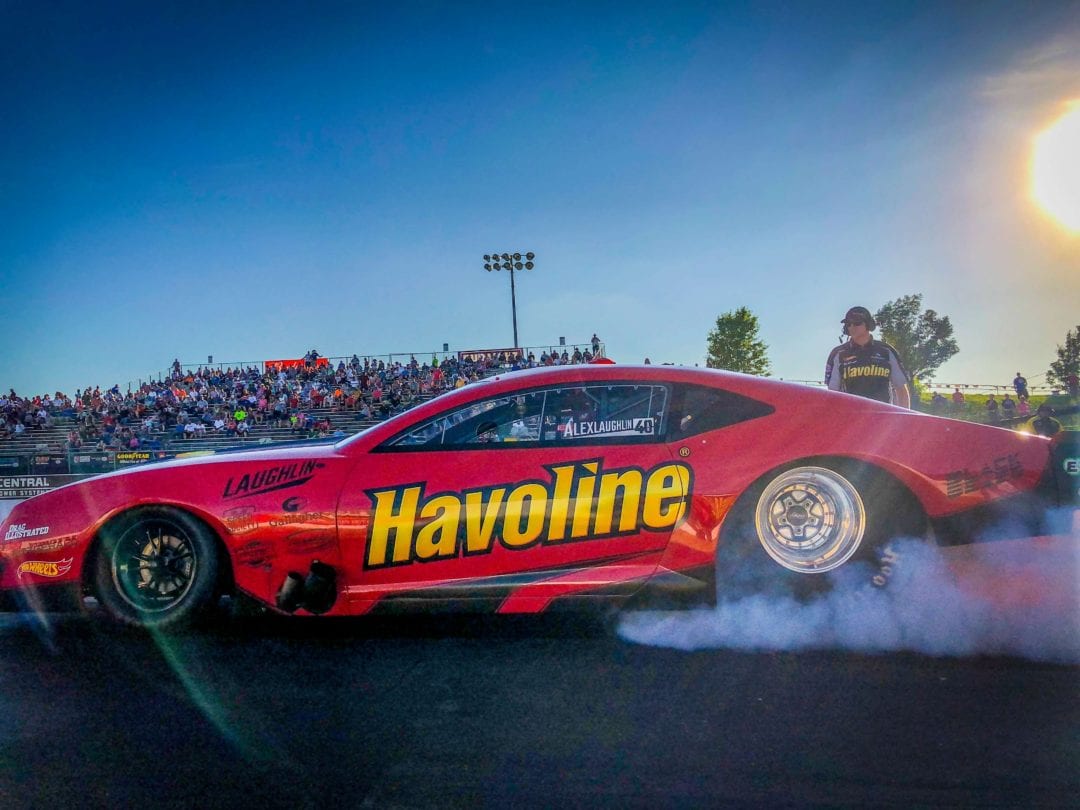 Sunday marked one of the lowest moments in Alex Laughlin’s career after he crashed into the wall during the first round of Pro Mod at the NHRA Heartland Nationals.

He also had to find $30,000 to repair the car if he wanted to race this weekend in Bristol.

In about three hours on Monday, he found his solution.

Laughlin came up with the inventive idea for six partners to sponsor $5,000 each to get the car repaired and back to the track for this weekend’s NHRA Thunder Valley Nationals at Bristol.

He reached out to his marketing sponsors, and within three hours he had already raised $25,000, putting him firmly on track to reach his goal and race the turbocharged Chevy Camaro in Thunder Valley. 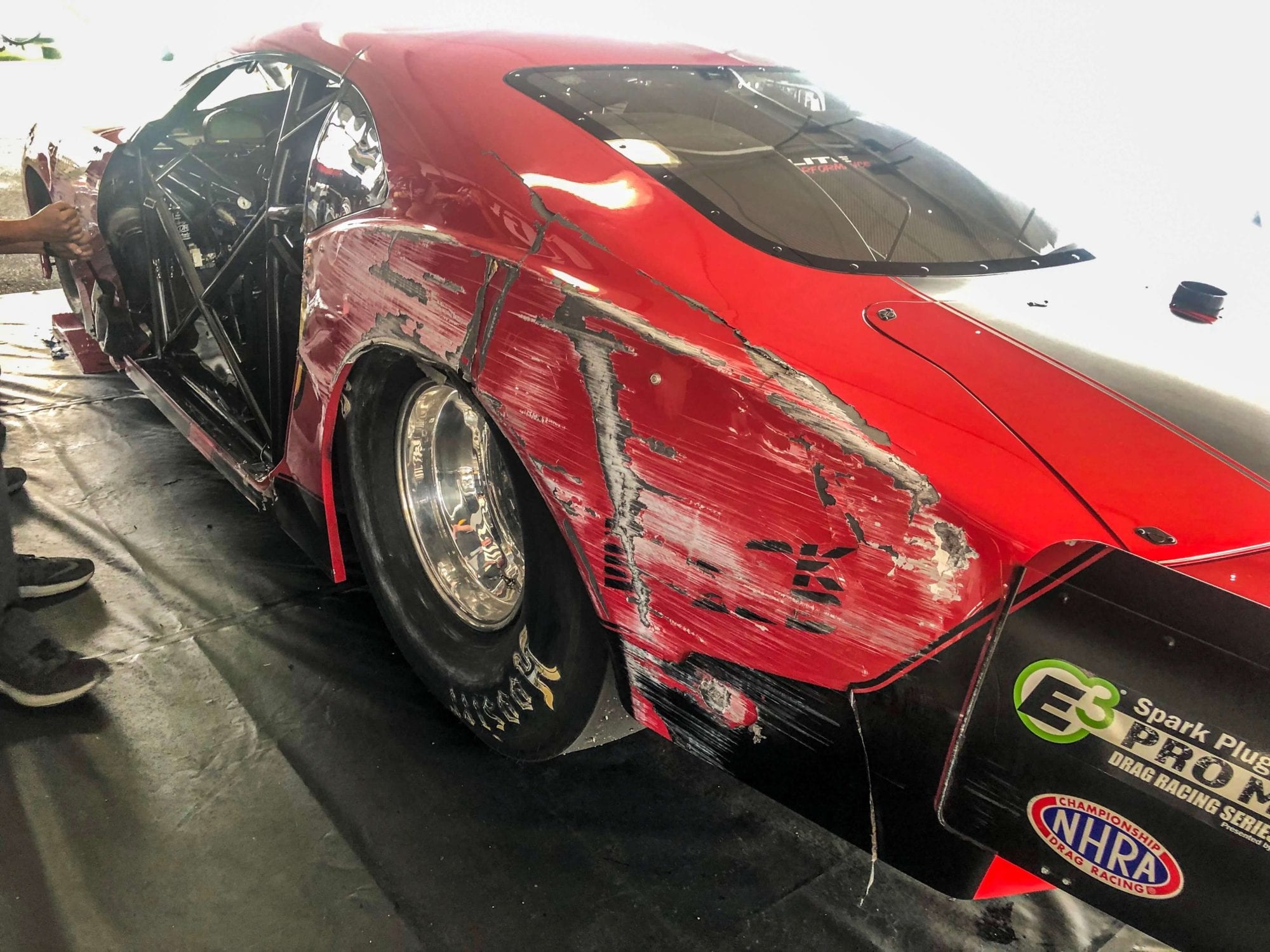 Not surprisingly, Laughlin was blown away with the response.

“This is such a testament of the great people we have around this sport,” Laughlin said. “The fact that so many jumped at this opportunity says so much in so many ways. They care about what happened, they care about the car coming back out, and crazy as it may seem, I think they care about me.

“From my team that I owe so much of my success to, my sponsors for allowing me the opportunities for doing any of this, and the fans that wrote with concerns and sent good vibes, blessed, grateful, and inspired are just a few words that describe how I feel about my career.”

Hot Wheels, Havoline, Technet, Fitzgerald Peterbilt and Fitzgerald Collision Center have all already committed to help ensure Laughlin will race in Bristol, bringing a massive sigh of relief for the standout driver.

He was heartbroken following the crash – the third of a wild, carnage-filled first round in Pro Mod on Sunday in Topeka – but not for the reasons you might expect.

After getting loose at around 100 feet in the left lane, Laughlin brushed up hard against the left wall, ending his day and putting his immediate Pro Mod future in question. Laughlin escaped harm, but he was more concerned with the damage caused to the car owned by Elite Motorsports’ Richard Freeman. 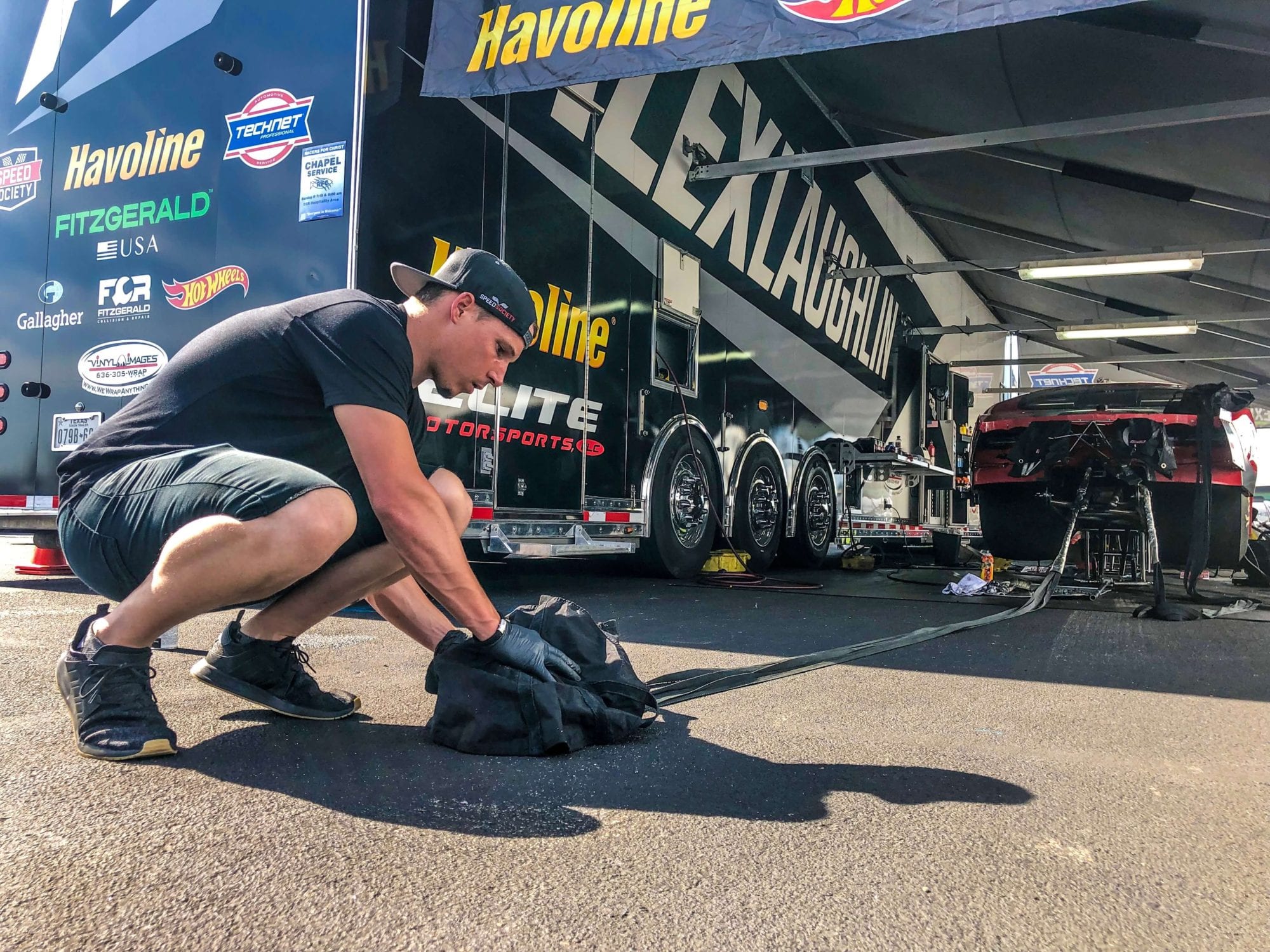 “Hitting the wall on Sunday was so much more than losing a round,” Laughlin said. “I don’t own this car. Technically, it’s Richard’s personal car that he had planned to drive himself. The moment I felt it make contact with the wall, I didn’t think about if I was ok, I just imagined Richard’s reaction on the staring line behind me as he watched it all happen. Climbing out of the car and seeing the damage made it all so much more realistic. I was emotionally sick.”

Those emotions quickly changed to how Laughlin could rectify the situation, which led to the sponsorship idea.

He’s always been one to think outside-the-box when it comes to partnerships, and this was the latest example. But Laughlin was also spurred by an Elite Motorsports team that continues to push forward despite an adversity-filled weekend in Topeka.

“They are as good of people, friends, and team that I could ever imagine being part of,” Laughlin said. “They are always 100 percent uplifting.” 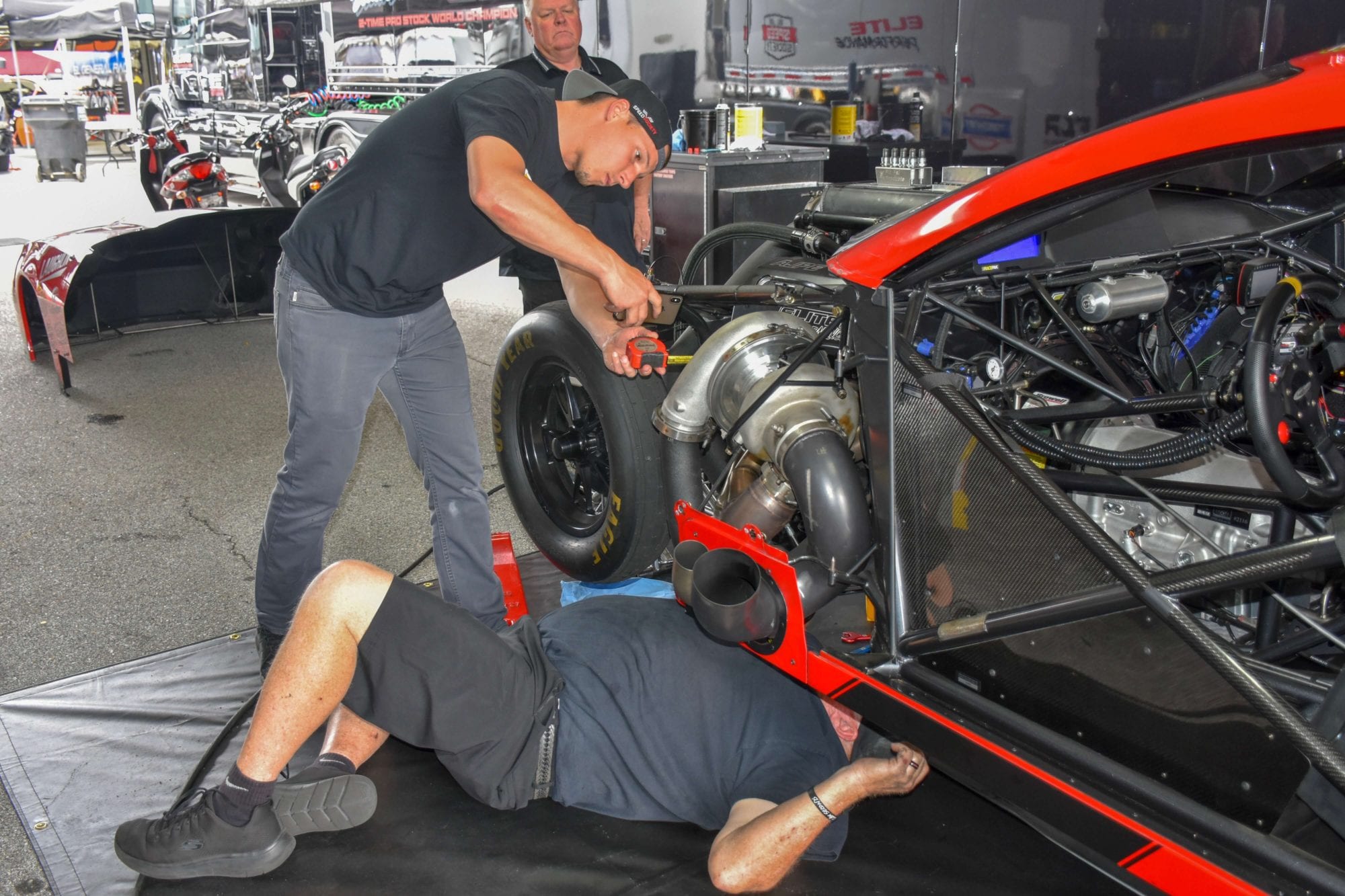 In the meantime, there will be plenty of short nights to get the car ready for Bristol, while Laughlin will ensure the sponsors get their ROI through social media, press releases, a special plaque and more.

As for the actual racing, Laughlin is anxious to get back to work. Before the Pro Mod crash, he had shown signs of potential as the Elite Motorsports group continues to progress, while he also sits second in points in Pro Stock, which returns in two weeks in Norwalk.

“This setback could potentially end my season in all my cars, so I was willing to try anything,” Laughlin said. “I’m truly surrounded by the best people in the industry.”