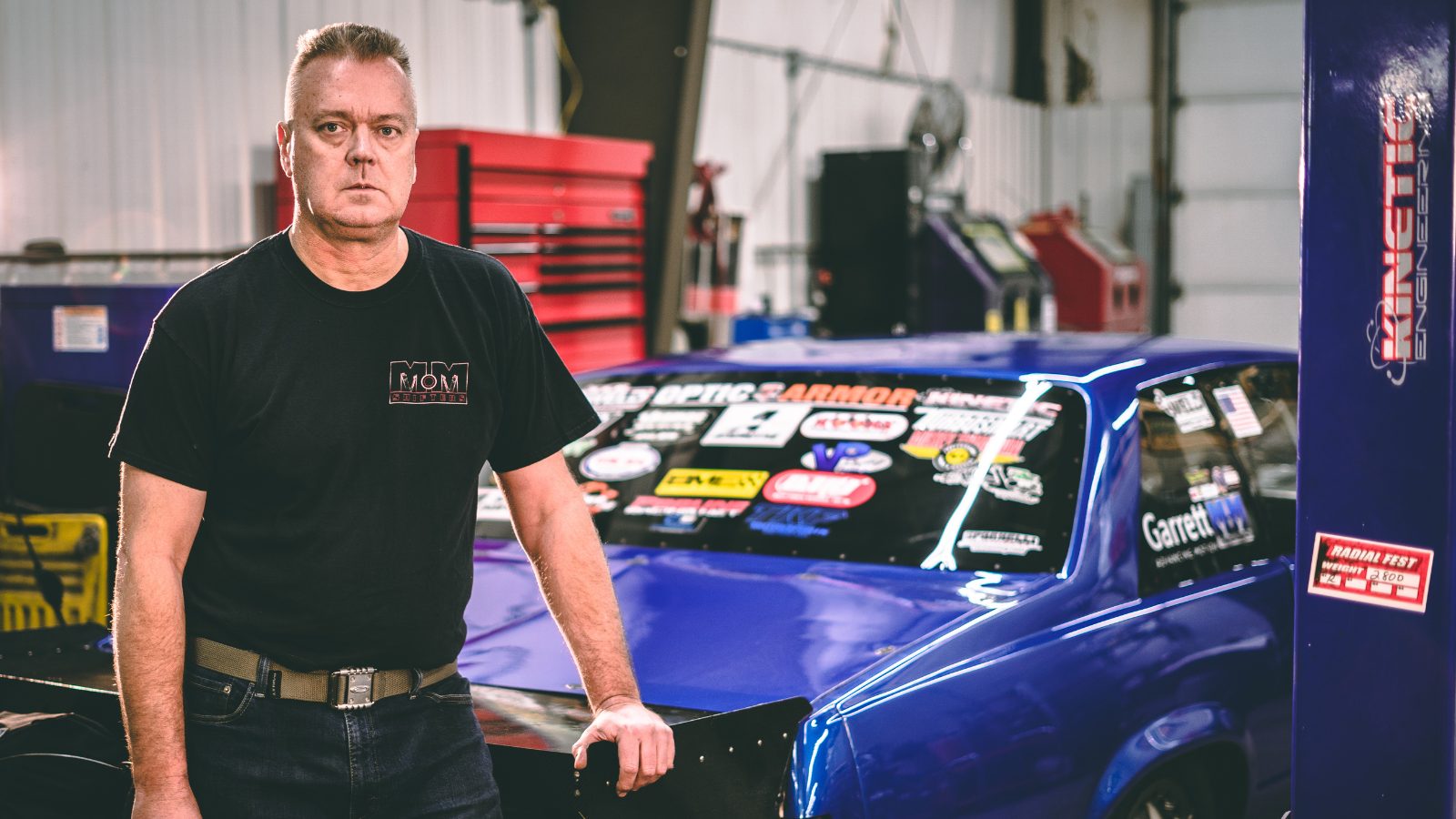 Mark Micke has made significant contributions to the world of doorslammer drag racing, both as a driver and as the owner of M&M Transmission. He holds the record for the fastest eighth-mile pass in Radial vs. the World history, and his company’s transmissions, torque converters, and shifters have been used by some of the most accomplished racers in Pro Mod, drag radial, Street Outlaws: No Prep Kings, and beyond.

Micke was also the first advertiser in Drag Illustrated magazine back in 2005, and he’s maintained an ad in all 177 issues after that first edition. With all those factors in mind, DI Founder and Editorial Director Wes Buck chose to extend the first driver invitation for the $100,000-to-win 2023 DI World Series of Pro Mod, March 3-5, at Bradenton Motorsports Park to Micke.

“I remember telling [Micke] ‘We don’t have the magazine done yet, but I promise it’s going to be badass.’ He goes, ‘I believe in you, Wes. Send me an invoice.’” Buck said as he introduced Micke on the Nov. 3 edition of The Wes Buck Show. “This gentleman has been a part of the Drag Illustrated family ever since. I wanted to make sure the very first invite to the WSOPM went to the same guy who believed in me 17 years ago as we embark on this next chapter of the DI journey.”

Micke, who plans to debut a brand-new, twin-turbocharged ’69 Camaro in the coming months, gladly accepted the invitation.

“If you were paying five bucks I’d be there to race,” Micke said. “That’s the truth. You guys are awesome, especially with Vic [Alvarez, owner of Bradenton Motorsports Park] involved. This is like the perfect dream team you’ve put together for this deal. I’m pumped. Absolutely, we will be there.”

Micke is making his return to Pro Mod competition after focusing on drag radial racing for the last several years. Before his accomplishments in Radial vs. the World behind the wheel of Jason Carter’s twin-turbocharged ’78 Malibu, Micke won the 2008 NMCA Pro Street championship in a ProCharger-boosted ’67 Camaro Pro Mod.

“We’ve done good in everything,” Micke said. “We took this big-tire challenge on. Hopefully this race will be the perfect place to showcase what we can do with it.”

The 2023 WSOPM will feature an outlaw eighth-mile format, which Micke agreed makes the most sense for the current Pro Mod scene.

“That’s where all your badass Pro Mod guys are, in the eighth-mile,” Micke said. “If you want the best of the best, eighth-mile, period. Your quarter-mile guys are badass in the eighth anyway. That’s going to showcase everybody. There’s no excuses for anybody if you do it eighth mile.”

Micke’s business, M&M Transmission, started out with a focus on the outlaw drag radial niche. Since then, it’s grown to serve racers in a wide variety of classes, but especially Pro Modified-style classes. Through his work with those racers, Micke sees just how big the eighth-mile Pro Mod scene is becoming.

“I’m telling you, Pro Mod is the fastest-growing part of doorslammer drag racing,” Micke said. “I judge that by the amount of parts we’re selling, the transmissions we have out there, and the amount of races we’re going to that are Pro Mod.”

As the winner of the $101,000-to-win Sweet 16 in 2018, Micke is no stranger to racing for big money. He’s agreed to the WSOPM policy that drivers can’t split once they get into the late rounds.