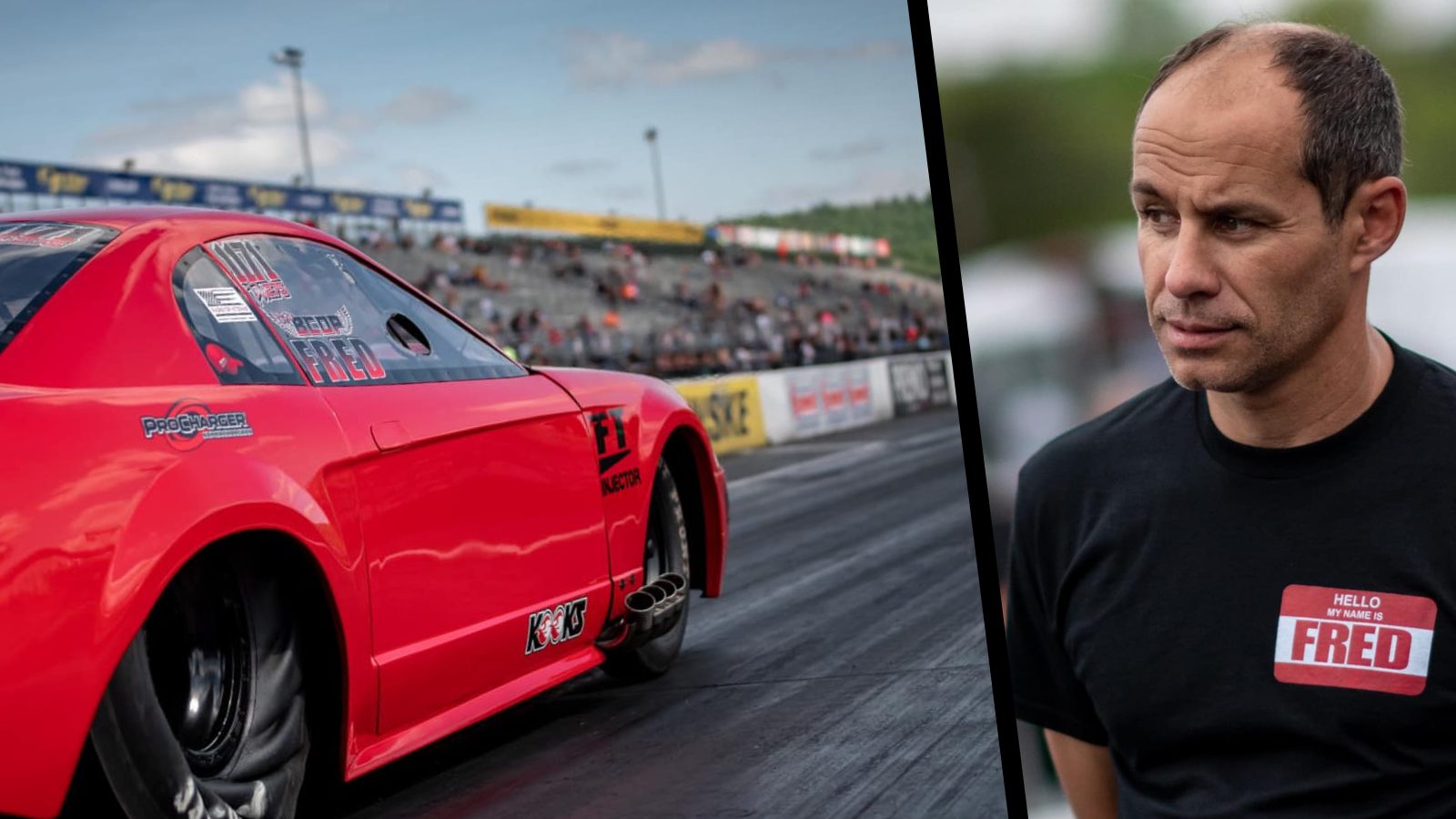 After talking about stepping into the no prep world and dipping his toes into the Street Outlaws: No Prep Kings scene, Buginga and his team finally took the leap in the Future Class at last weekend’s race at Maple Grove Raceway.

Now, the only downside may have been Buginga waited as long as he did. Performing in front of a massive crowd at Maple Grove, Buginga took the victory in his debut NPK race in his ProCharger-powered ’03 “Fred” Mustang, putting on an impressive show and making quite the first impression.

“It was very exciting. We’ve been talking about and saying we’re going to go to this race for two years and (tuner) Jamie (Miller) finally said, ‘You can’t win the lottery if you don’t buy a ticket,’ Well, we finally bought a ticket and we won,” Buginga said. “We don’t know how to do it any other way than going all in. We don’t do anything half-ass and the results speak for themselves.” 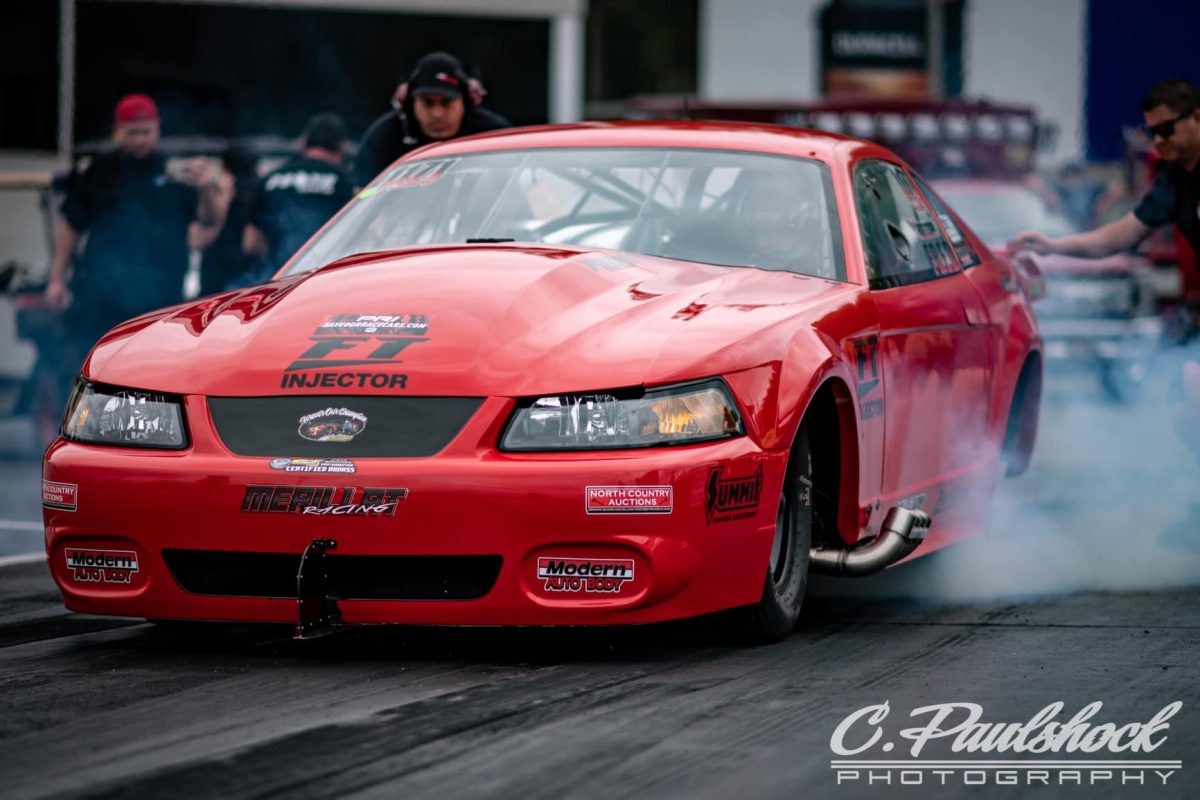 Buginga and his team battled through a loaded Future Class to get the victory, also overcoming tricky conditions and weather delays.

But the drag radial star was eager to have a debut worth talking about and he didn’t disappoint.

Buginga tested at his home track, New England Dragway, which is also the site of this weekend’s NPK race, making a trio of test hits before making the call to head to Maple Grove. Miller was in Virginia at the NHRA event, working with a variety of Pro Mod clients, which meant he would be tuning remotely for Buginga.

Near or far, it didn’t matter, as Buginga tracked down another win, this one clearly one of the biggest in his standout career.

“It was like a Rocky fight. We went into the stadium and nobody knew us and we didn’t have a lot of love going in,” Buginga said. “But as we started going rounds, the fans were coming around, buying shirts, cheering us on and by the end, everyone was on our side.

“These fans out here are die-hard fans. They’re very involved and the crowd was absolutely amazing.”

Buginga credited the talented people around him, along with sponsors like ProCharger, FuelTech, Pro Line, M&M Transmission and Menscer Motorsports, and things clearly came together perfectly.

It was a big undertaking and conquering a no-prep track is no easy feat, but Buginga was thrilled with how the team executed the gameplan perfectly.

“Fortunately it all worked out for us,” Buginga said. “We’ve got a passion for this and we’re trying to have fun, but there’s just so much talent out here. The track is the great equalizer, but it’s a matter of reading the track and figuring out what we can get away with.”

It’s also fair to say Buginga is hooked on the No Prep Kings scene.

“Hook, line and sinker,” Buginga added. “It was fun and a great time and it was totally something totally different from what we’re used to running in the radial world. You have to make the right calls and sometimes you have to dial it back. You’ve got your hands full all the time on these tracks, so it’s definitely a challenge.” 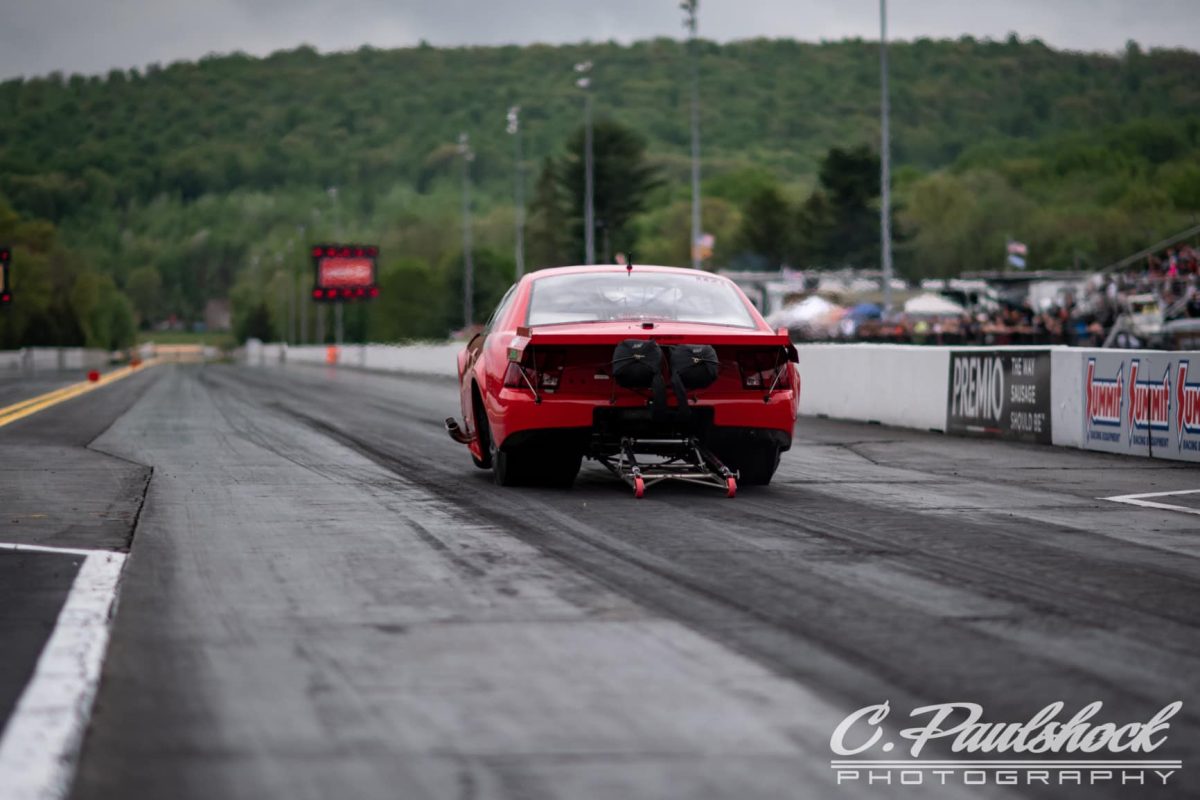 Buginga, though, is up for it and isn’t waiting long to get back in action.

He’s racing again in the Future Class this weekend, doing so at his home track in front of what should be another overflow crowd.

That’s enough excitement in itself, but Buginga is aiming high with this new venture. The long-term dream is competing in the main event alongside massive stars like Ryan Martin, Lizzy Musi, Daddy Dave, Kye Kelly and others, and he knows the quickest way to do that is continue to have weekends like he did at Maple Grove.

“We’re going to keep showing up,” Buginga said. “As far as our overall goal, you want to be the best. This was just one race out of so many, but we want to beat the best there is. That’s the end goal. All these players, all these heavy hitters, we just want a crack at it.”