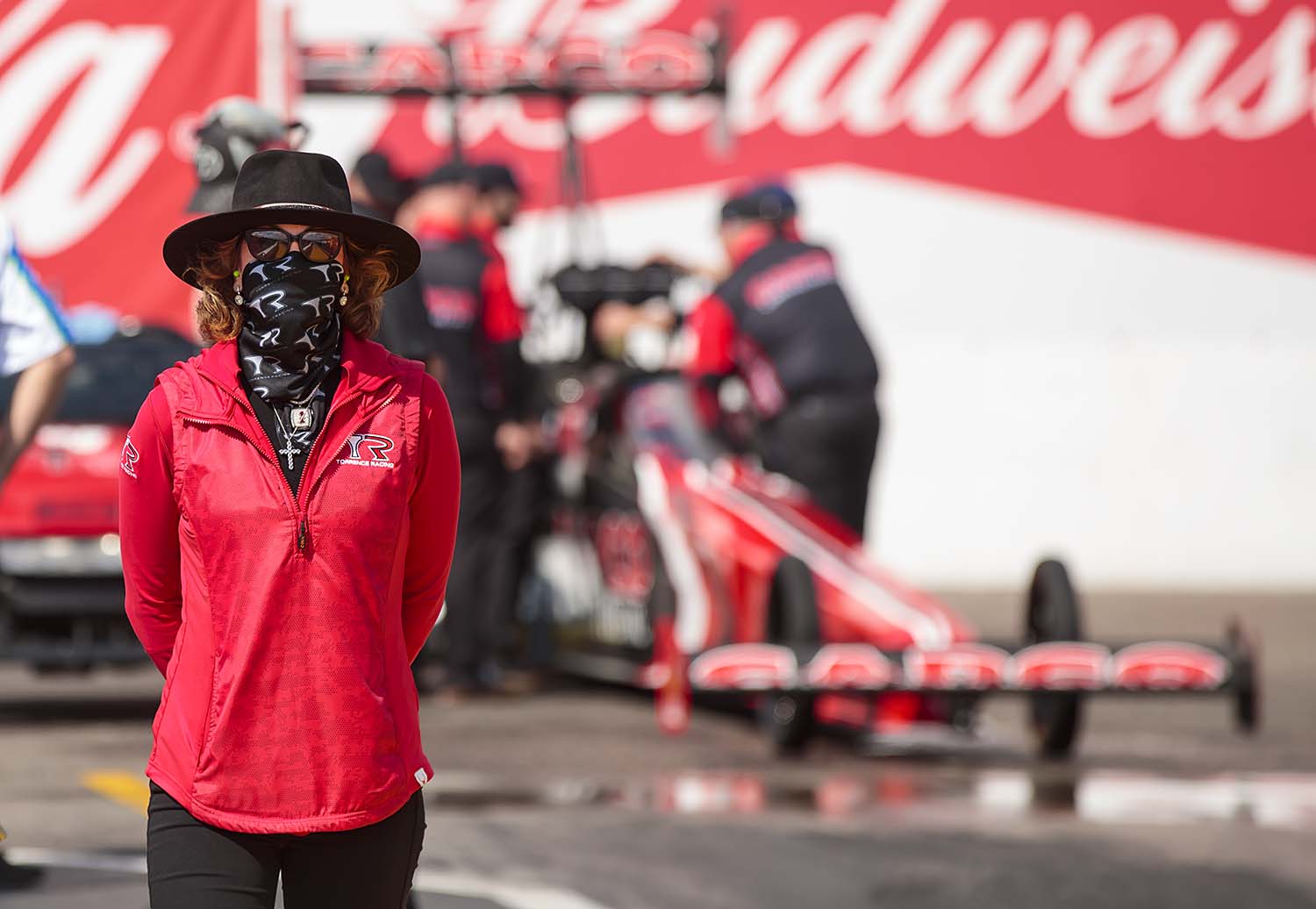 Kay Torrence, known as “Mama Kay” to just about everyone at the racetrack, is no doubt the backbone of Capco Racing. You can usually find her on the starting line supporting her husband, Billy Torrence, and her son, Steve Torrence, and their NHRA Top Fuel teams.

The Kilgore, Texas, native met Billy when she was 16 years old. When asked if it was love at first sight, she laughingly answers, “Who knows? I say, what is love, really?”

Kay’s mother and step-father drag raced when she was young, so she was no stranger to the racetrack. But when it comes to the driver’s seat, that’s one place you probably won’t be finding her.

“I went down the track one time in a Trans Am,” she says. “I made one lap, but it wasn’t for me. I’d rather be on the side, saying a prayer for my boys.”

And she’s been supporting her boys most of her life, most recently seeing her son win two world championships (2018 and 2019) in Top Fuel.

“I’m very grateful to be able to watch his dreams come true,” she says. “I can’t say enough about how proud I am, and thankful that the good Lord has allowed his dream to come true.”

“You want them to win so bad,” Torrence says. “I usually have my morning prayer ritual, then go say another prayer for them before each round. It’s a very stressful day. You’re out there to win every round. But my favorite part of the day is when it’s over, and we’re in the Winner’s Circle!”

Torrence says they enjoy racing as a family, and it’s something that’s always kept her family together. But when it comes to who she’s cheering for when Steve and Billy line up against each other, it’s no surprise that she’s probably rooting for Steve to get the win.

“I’m always going to root for my baby boy,” Kay admits. “That’s a mom. I’m not going to root against my husband, but I think as a mother you’re gonna always root for your baby boy.”

As for her nickname, “Mama Kay,” that actually was started more than 20 years ago by Dave Connolly – yes, that Dave Connolly. The KB Racing crew chief and former Pro Stock wheelman grew up racing with the Torrence family. He started calling her “Mama Kay,” and it stuck. Not only is she Steve’s mom, but she takes on that role for just about every crew guy on the Capco Racing teams.

When she is on the starting line, you’ll notice she almost always has a handkerchief tied around her face on the starting line, which has become quite infamous over the past few seasons. She says it isn’t a fashion statement, rather it started as a way to prevent her from getting sick after spending all weekend around the nitro fumes from the Top Fuel dragsters. If you want to follow Mama Kay’s trend, you can buy your own Torrence Racing-branded handkerchief on the Torrence Racing website.

When Torrence isn’t at the racetrack supporting her family, you can find her at home cleaning or working in the yard. Or occasionally in Dallas – a little less than two hours from her home in east Texas – getting a massage and a facial.