The Summit Racing Equipment NHRA Southern Nationals has been site of some significant moments in the career of Morgan Lucas and he will reach another milestone during this weekend’s event.

In 2009, Lucas collected his first career victory at the track in the GEICO/Lucas Oil dragster and this weekend at Atlanta Dragway he’ll be making his 200th career Top Fuel start.

“I’m really excited about Atlanta,” Lucas said. “We’ve won there and we tested well there last year. It’s a fun track with a packed house every year.” 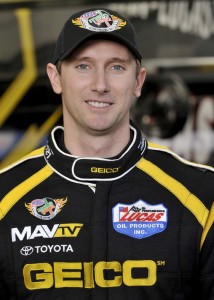 Last week in Houston, Lucas reached the semifinals for third this time this year and solidified his hold on fifth place in the standings. He is 14 points ahead of Doug Kalitta and Khalid alBalooshi, who are tied for sixth.

“When people have to run like that to beat you, that means you are on their radar.”

Lucas doesn’t plan on relaxing because there are plenty of cars and drivers who are more than ready to take advantage of the slightest slipup.

“The competition is so tight in the class right now,” Lucas said. “There’s plenty of room to be excited about going to Atlanta, but we’ve still got to keep to the grindstone and move forward.”

Part of moving forward is being ready for anything that springtime and Georgia can throw at you.

“I’ve raced there in the heat and in the cold,” Lucas said. “And the early forecast looks like we might get some rain mixed in there this weekend, too. The first win I ever got it rained in Atlanta, so that might be a good sign for us. We’re looking to race smart.”