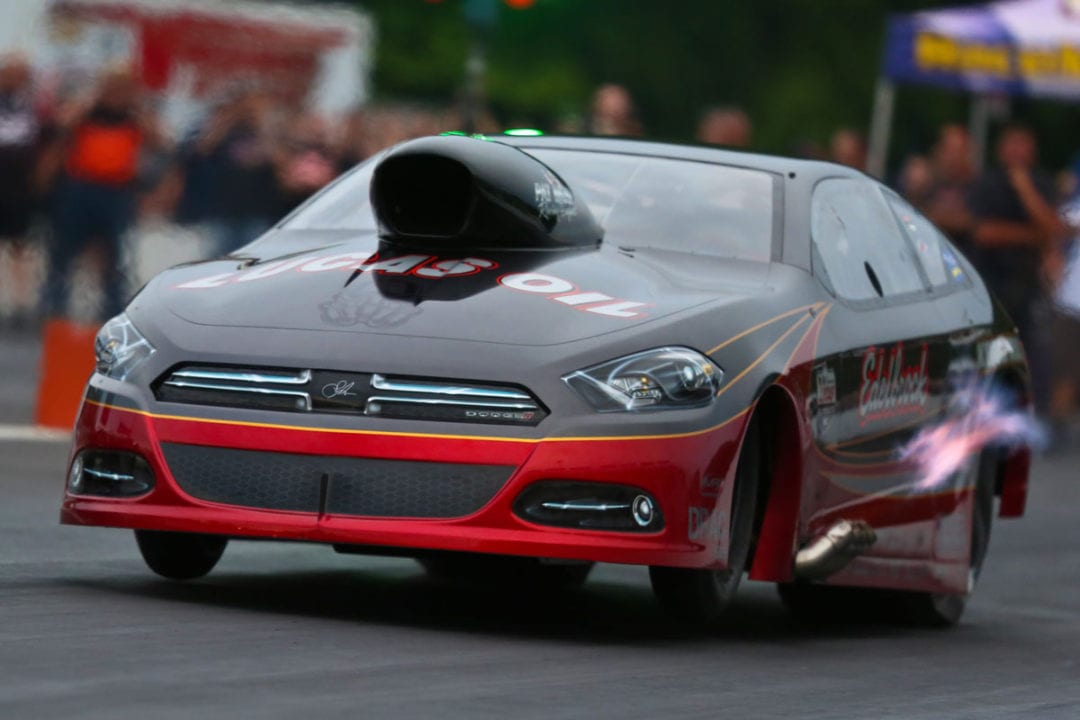 Lizzy Musi moved one step closer to her first Professional Drag Racers Association (PDRA) win of the 2019 season and continued her impressive two-week run with a final round appearance at last weekend’s PDRA North-South Shootout presented by Line-X at Maryland International Raceway.

Back in Frank Brandao’s Edelbrock/Lucas Oil “King Kong 7” ’18 Dodge Dart, Musi again proved to be a threat in the talent-heavy PDRA Pro Nitrous class. After qualifying eighth with a 3.773 at 205.19 MPH, she went 3.747 at 206.23 MPH to open eliminations with a win over Chris Patrick.

Musi slipped past Ed Burnley a round later before turning it on in the semifinals. There, she posted low ET and top speed of the race with a 3.651 blast at 207.88 MPH, knocking off Todd Fontana’s 3.713 to reach her first PDRA final round of the season.

It was a strong finish to a remarkable two-week stretch that also included Musi’s first No Prep Kings victory. Musi became the first female to win a No Prep Kings race the weekend before, jumping in the Dodge Dart a week later and advancing to the Pro Nitrous final round.

“It’s been an exciting time for Lizzy and the team, and I’ve been really impressed with how she’s performed behind the wheel,” Pat Musi said. “There’s a lot of different variables driving the two cars, but she’s done a nice job and we’ve had great support from Edelbrock and Lucas Oil. It’s definitely a good sign for the rest of the year, and we look forward to building on both of these performances.”

The strong showing in Maryland put Musi in a tie for fourth in Pro Nitrous points, also leaving her only a point out of third and just over a round out of second. With five races to go during the 2019 PDRA season, a championship remains in play for Musi as the team continues to take a number of steps in the right direction.

“We made a lot of strides last weekend with our warm weather tune-up, and that’s going to continue to pay off over the summer,” Pat Musi said. “By running low ET and top speed of the race, we again showed what we’re capable of doing in the right conditions as we work toward our first PDRA win of the season.”

Musi will be back in the Dodge Dart at the end of the month, as the PDRA season hits the halfway mark at the PDRA Summer Nationals on June 27-29 at South Georgia Motorsports Park.