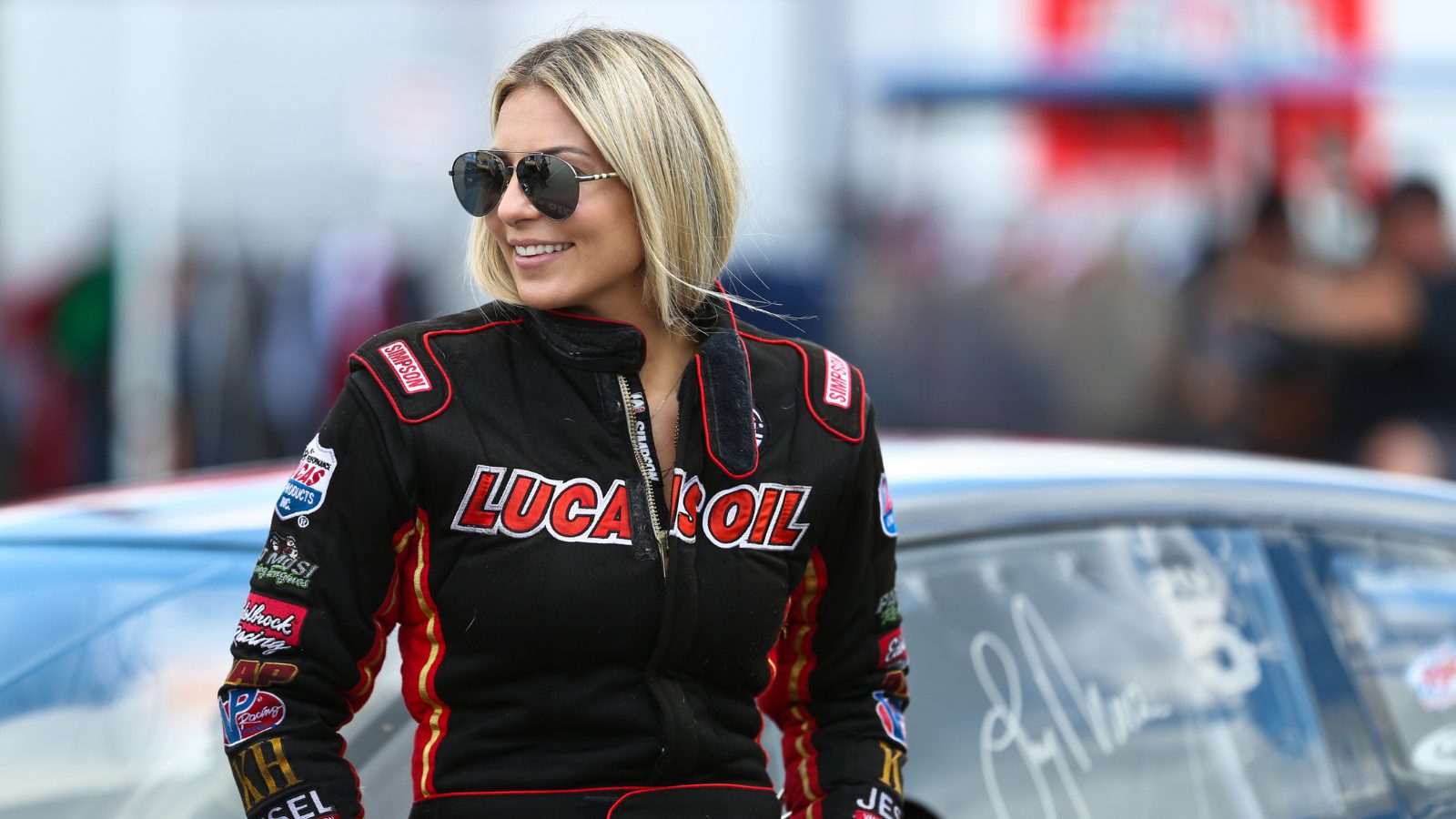 After nearly two months off, the Street Outlaws: No Prep Kings season is set to continue this weekend at Tulsa Raceway Park in Tulsa, Okla., and Lizzy Musi and the Musi Racing team are ready to pick up where they left off in Houston back in June.

Musi advanced to the final round at both races in Houston in late June in her Edelbrock and Lucas Oil-powered “Bonnie” Camaro, moving up to third in points in the process. A seven-week break put that momentum on hold, but things get back to a frenetic pace in a hurry and the Musi Racing team is eager to get going.

“We’re ready and we’re excited to get back to this kind of racing,” Pat Musi said. “This is what we like to do. We did some testing and got some things sorted out that were bugging us in the car. Hopefully we can continue to pick up a little bit, but we went to two finals in Houston. We know we’ve got a good car and a good driver, so we’re ready to go.”

Power certainly isn’t a problem in the Pat Musi Racing Engines Camaro, it’s simply a matter of refining it in all the right places on the track while going against a loaded NPK field. Musi liked the results from testing and the team isn’t backing down from chasing a championship, either.

Seven races remain in the 15-event schedule in 2022 and with extra points on the line at some of them, Musi feels confident the team has time to make up ground to chase down current points leader and reigning world champion Ryan Martin. Plus, Lizzy won at both Tucson and Denver a year ago, two venues still remaining on the schedule.

“We’ve got two double-point races coming, too,” Musi said. “There’s more than 1,000 points left and it’s still anybody’s game right now. We’re behind more than a race, but a lot of things can still happen. We’re certainly not giving up. We worked on some things so we can get after it hard and make up some ground. We feel good and we’re continuing to learn as we go. That’s a constant deal and we’re pretty upbeat. As far as confidence goes, we have all the confidence in the world in our driver and our team.”

Musi and the team are also ready for the long haul, thanks in part to the continued support from longtime partners like Edelbrock, Lucas Oil, Newell INX, Julie and Donnie Wilson, ACL Bearings, SRI Performance and Stock Car Steel.

That could make a significant difference down the stretch and Musi is stocked with parts and ready for whatever challenges await. Lizzy has advanced to several final rounds already this season, putting the team on the cusp of victories over the next two months.

“We’re prepared for whatever comes our way,” Musi said. “We’ve had a few things that didn’t go our way earlier this year, but we’re excited. Everything is in place and you’ve got to have parts. We’ve always been prepared that way and every single sponsor, all the way down, has been great. They’ve all been supportive and that goes a long way. A lot of the upcoming races, that’s our territory and where we’ve done well, so we’ll be ready.”