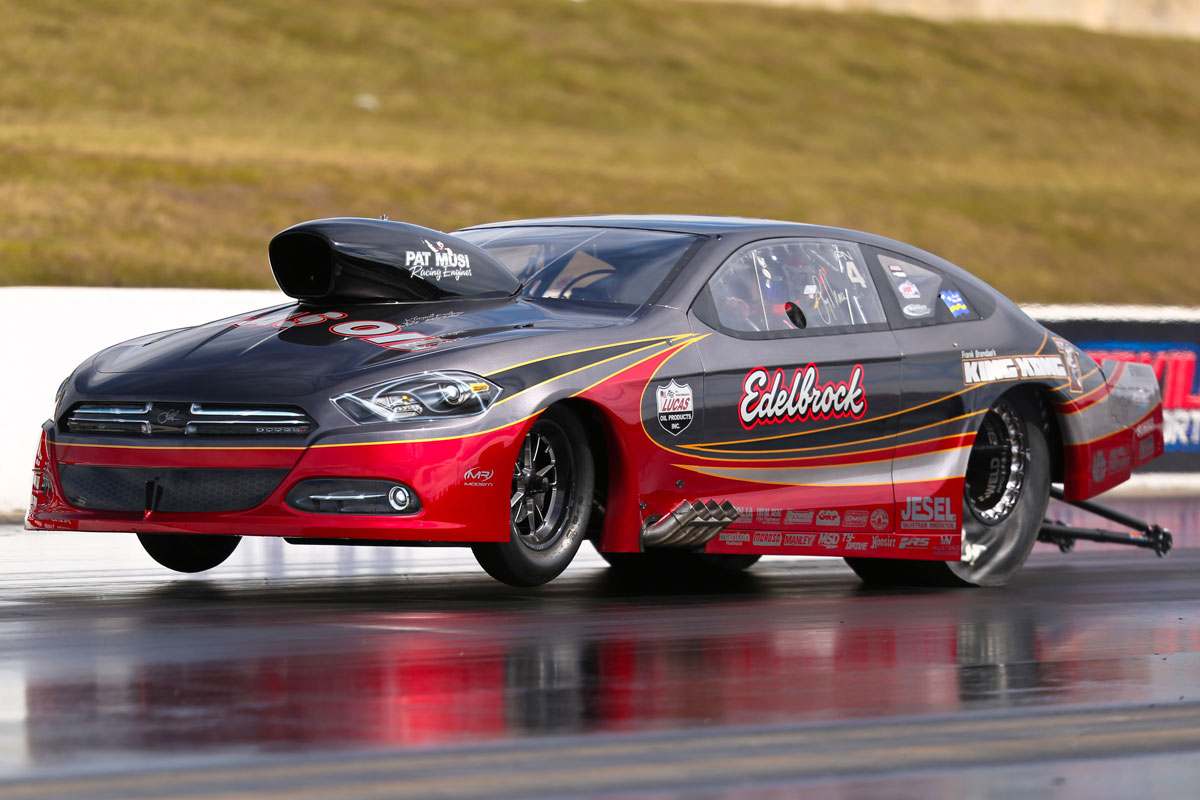 It gave the star driver back-to-back semifinal appearances to close out the 2019 campaign in the Frank Brandao-owned Edelbrock/Lucas Oil “King Kong 7” 2018 Dodge Dart. Coupled with a final-round showing earlier this year, it marked another top-five points finish in the loaded Pro Nitrous class for Musi, putting a stamp on a solid PDRA season.

“You obviously would like to get a win to end the year, but all in all it was a pretty good weekend,” Pat Musi said. “The car ran well and Lizzy did a great job driving, it’s a tough class and the wins don’t come easy. We’ve had great support all year from Edelbrock and Lucas Oil, and I can’t say enough about those partnerships. To finish in the top five, we’re pleased with that and the car made a lot of great runs this year. It’s been a good year in the PDRA, and this sets us up nicely for next season.”

But it was good enough to give Musi a top-five points finish by a single point, fueling the Pro Nitrous operation with some momentum heading into the offseason.

Musi, though, still has a chance to end her 2019 on a winning note, as she’ll race this weekend at Texas Motorplex in Dallas for the Street Outlaws: No Prep Kings finale. She’s already piloted her Edelbrock-equipped “Aftershock” to a trio of wins earlier in the season, and a fourth victory would be a remarkable end to her first full season on the No Prep Kings scene.

That will conclude a busy month of racing that included a pair of PDRA races and two No Prep Kings events, but Musi balanced it all in impressive fashion. Her PDRA year featured a number of highlights, momentarily setting the E.T. record in the class on a pair of occasions, including a career-best blast of 3.615 at 208.62 mph. Musi will continue to have the speed record (209.23 mph) heading into 2020, as the team will spend the winter working toward another big season.

“It’s really been a busy year, but Lizzy has handled it really well going back and forth between the two cars,” Musi said. “To win three straight races like she did in the no prep world, it says a lot about her and the team we have. Overall, it’s just been a really good year in both series and we’re excited to see what we can do next season.”